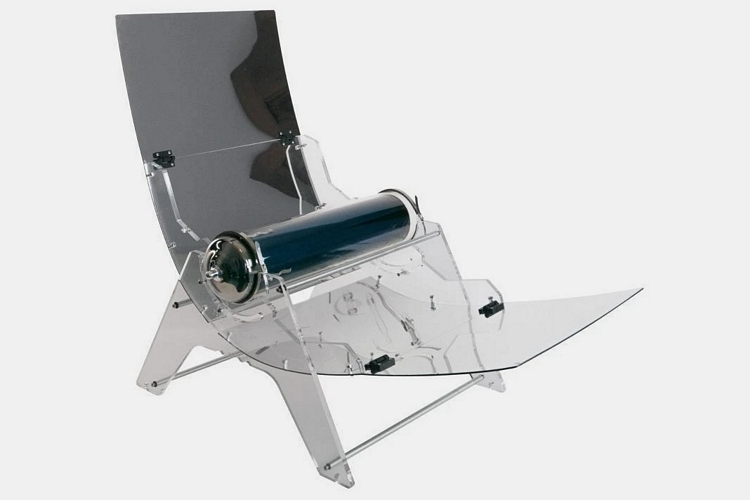 We’re big fans of GoSun’s solar-powered cooking machines, which allow you to cook in the outdoors without making a fire or hooking up to a propane tank. Problem is, they tend to take a bit long to cook, with the most efficient option (the GoSun Fusion) taking around an hour to cook a meal fit for five hungry people. The GoSun Sizzle seeks to cut that cooking time in half.

That’s right, GoSun’s newest solar cooker can whip up a family-sized meal in 30 minutes, allowing you to cook at a pace comparable with those of camping stoves. No more doing your cooking way early, so you can get the food ready in time for lunch, making it a whole lot more convenient than previous iterations of the outfit’s sun-powered cookers. 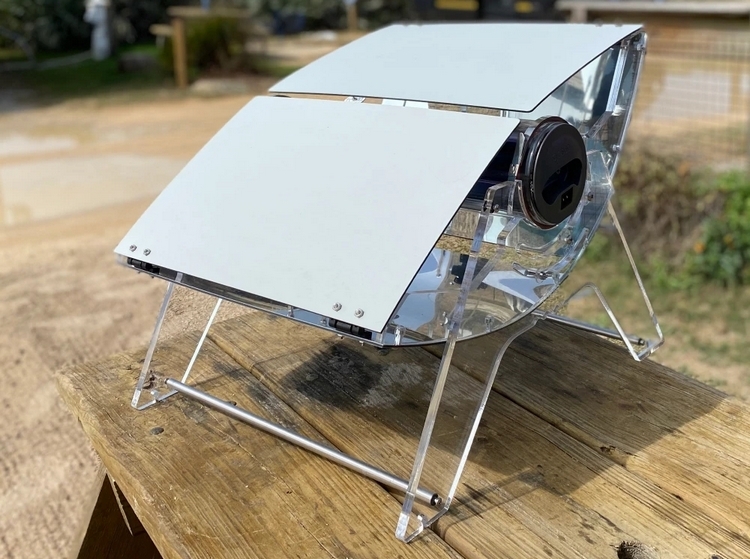 The GoSun Sizzle uses the same insulated vacuum tube and side-loaded 101-oz. food tray as the Fusion model, allowing it to fit food for up to six people in one go. What sets it apart, though, is an entirely new parabolic reflector that’s a whole lot bigger than anything the outfit’s ever done before.  How big is the reflector? It’s so big that it isn’t feasible for use in anything but car camping, coming in at dimensions of 25 x 24 x 16 inches when folded up and weighing 22 pounds. Seriously, you’re not going to enjoy having to hike anywhere carrying a rig this big, so it severely limits the kind of adventures you can take it with you.

Of course, that large reflector enables it to heat up your food a whole lot faster than anything the outfit’s ever done before. According to GoSun, while the Fusion from 2018 managed a power output of 225W in direct sunlight, the larger reflector on the Sizzle enables a whopping 325W, allowing it to reach the maximum temperature of 550 degrees Fahrenheit a lot faster. The result is a whopping 50 percent reduction in cooking time, allowing you to go from food prep to eating in just half an hour. 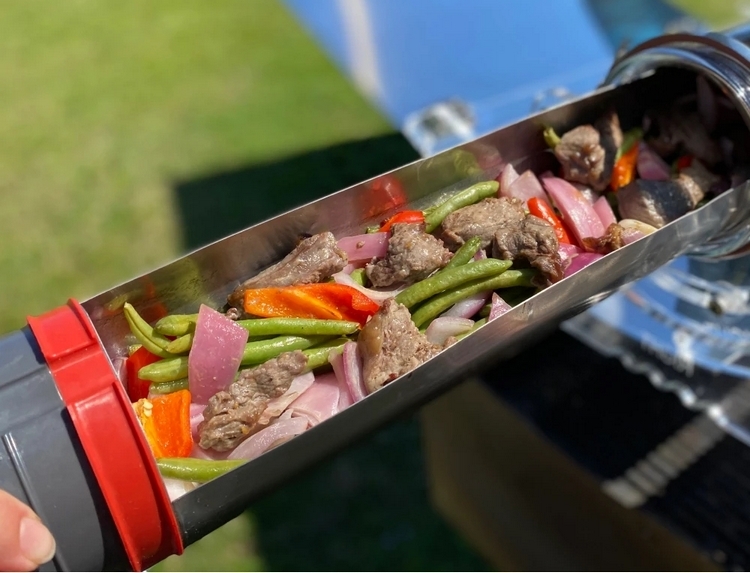 The GoSun Sizzle’s parabolic reflector can work as long as there’s daylight, so you can cook even when it’s raining or snowing. Of course, it’s not going to cook as fast as it will on a clear and sunny afternoon, but if you’ve been looking for a way to cook meals in the wild without having to burn wood or use up fuel, this is easily the fastest option you’re going to find in the market. All food stay in the removable tray, by the way, so it’s the only thing you have to clean after every batch of cooking. 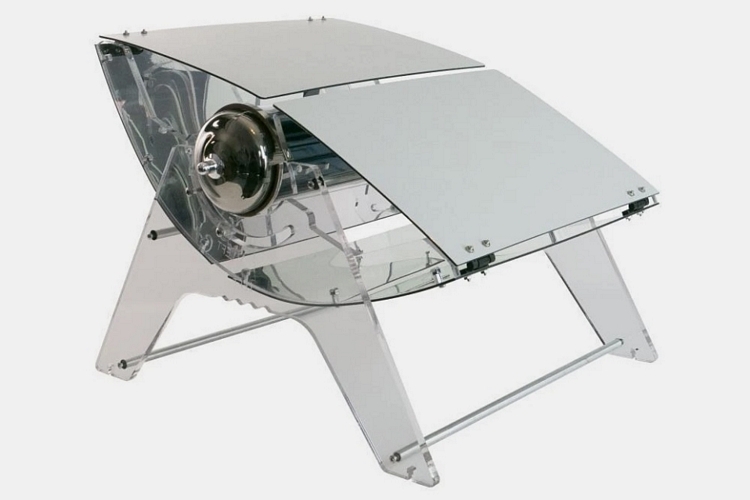 Got stuck climbing down a rock and got back to the camp at nighttime? While you can’t use the solar-cooking function anymore, the vacuum tube can be heated up alternatively by hooking up to any 12V power source, so you can get your cooking done by plugging in to your car, a small power bank, or those portable AC power stations.

The GoSun Sizzle is available now, priced at $799.