Guardians Of The Galaxy Action Figures Exclusive Pics And Video 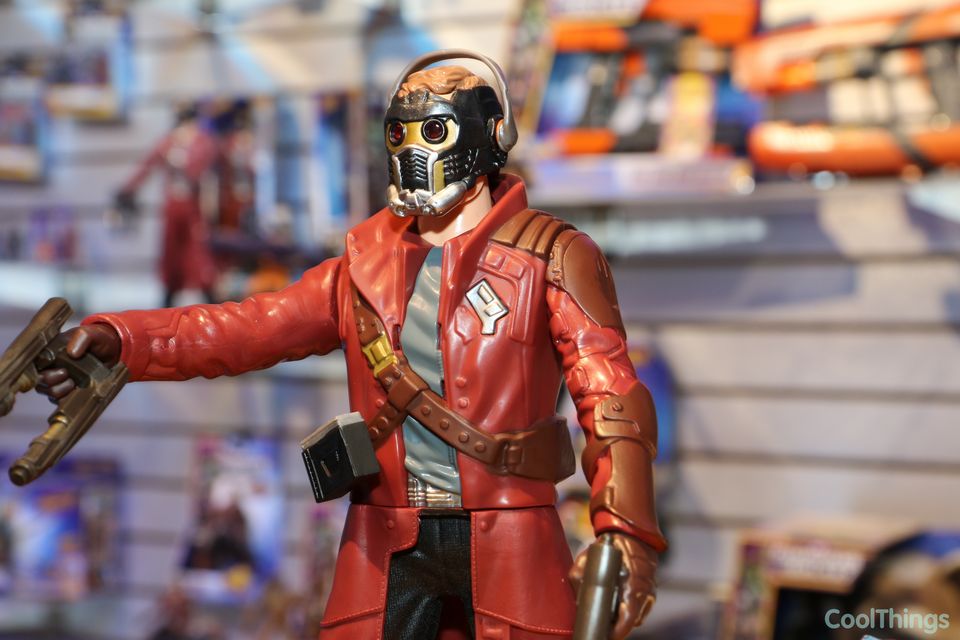 Without question, Marvel’s Guardians of the Galaxy is one of the most anticipated summer movies opening this year. And at the New York Toy Fair, everybody got their first look at Hasbro’s exciting range of GOTG toys.

For context to the unfamiliar, the Guardians is a team of space-faring adventurers who are engaged in battle with extraterrestrial villain Ronan the Accuser. They are led by Peter Quill/Star Lord, who earned Ronan’s ire after he stole a powerful orb that the villain has long coveted.

The heart of the line will be the six-inch action figures, which come with some great articulation, along with prerecorded lines and sound effects. The Peter Quill/Star-Lord figure, for instance, comes with a button that, when pushed, will either play a line from the character or bust out an 80s track from Quill’s painfully outdated 80s-era Walkman. Rocket Racoon, on the other hand, carries a giant gun that he can fire on command, all while busting out some funny lines and shaking from the sheer force of his giant gun’s kickback. Other figures that graced the booth include Gamora, Drax the Destroyer, Ronan the Accuser, Korath, a Nova Corps Officer, and a Sakaraan Trooper. Groot cannot be bought as a figure — instead, he’s a “build-a-figure” character whose different pieces are included with the other models.

Aside from the action figures, other Guardians of the Galaxy toys were also on hand, including specialty blasters (Star-Lord’s quad-blaster), a Rocket Racoon mask, vehicles, and more. Expect the toys to roll out shortly before the movie hits theaters in the summer. 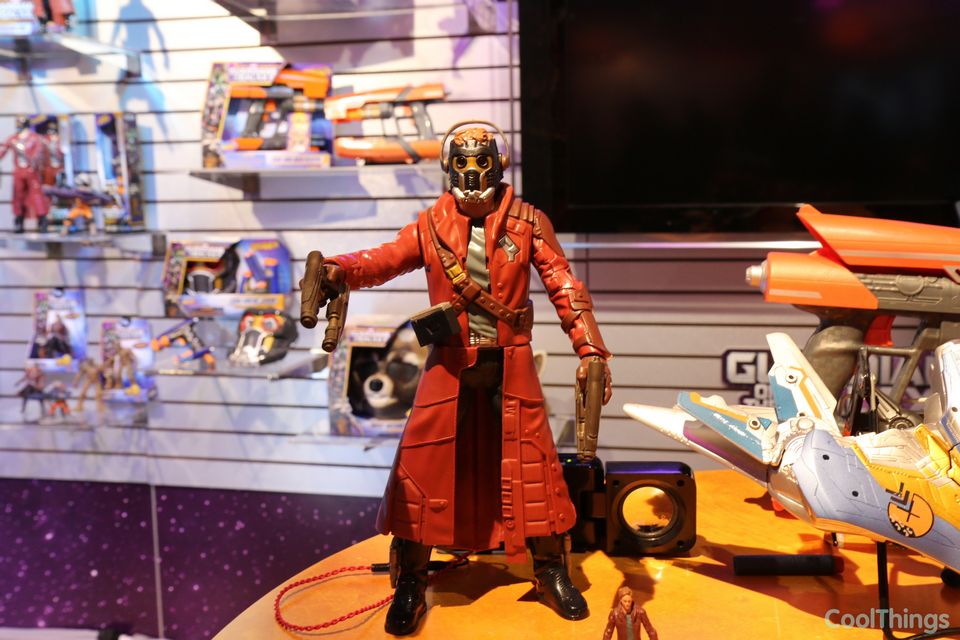 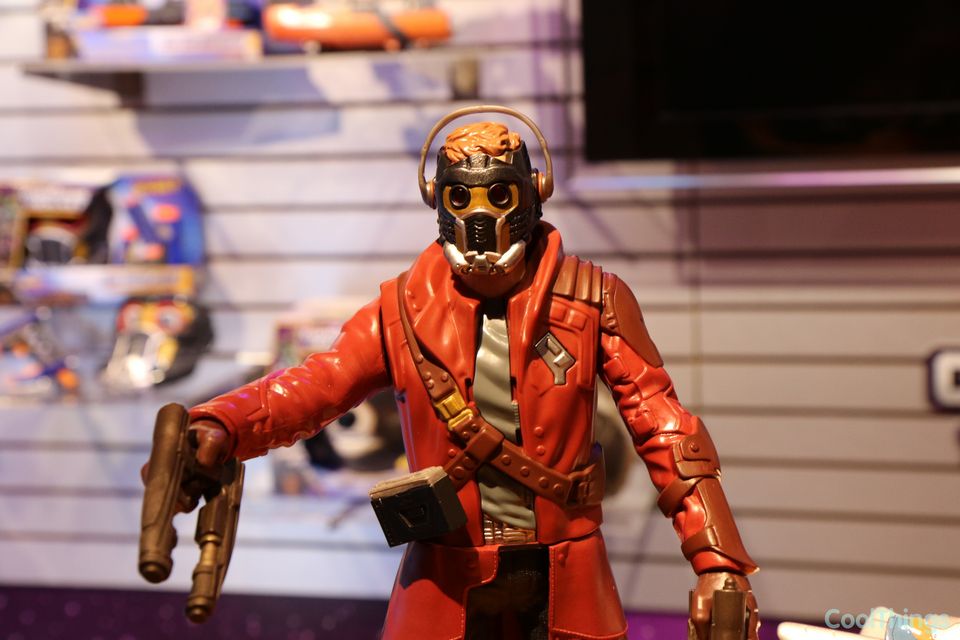 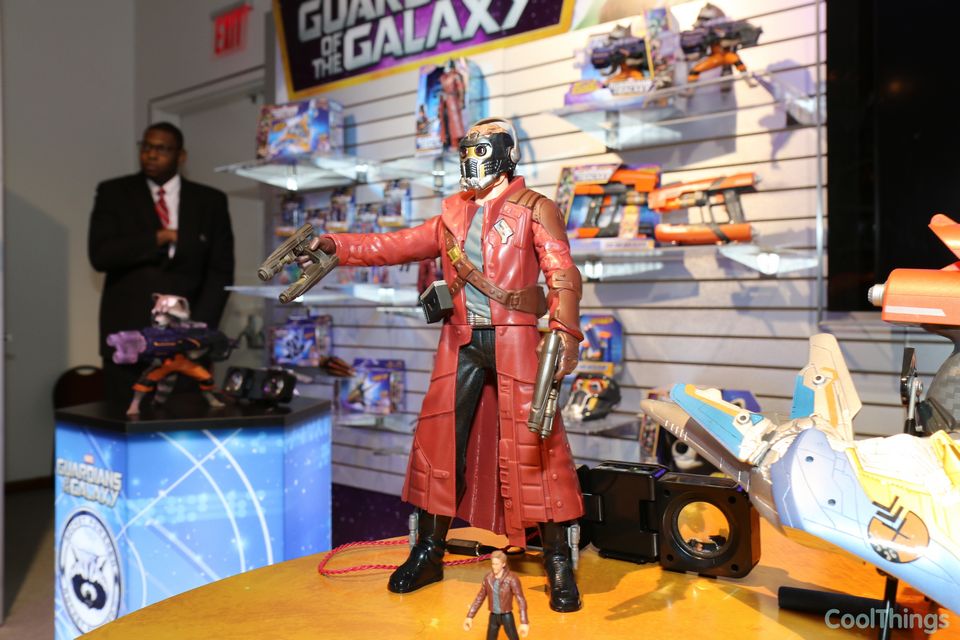 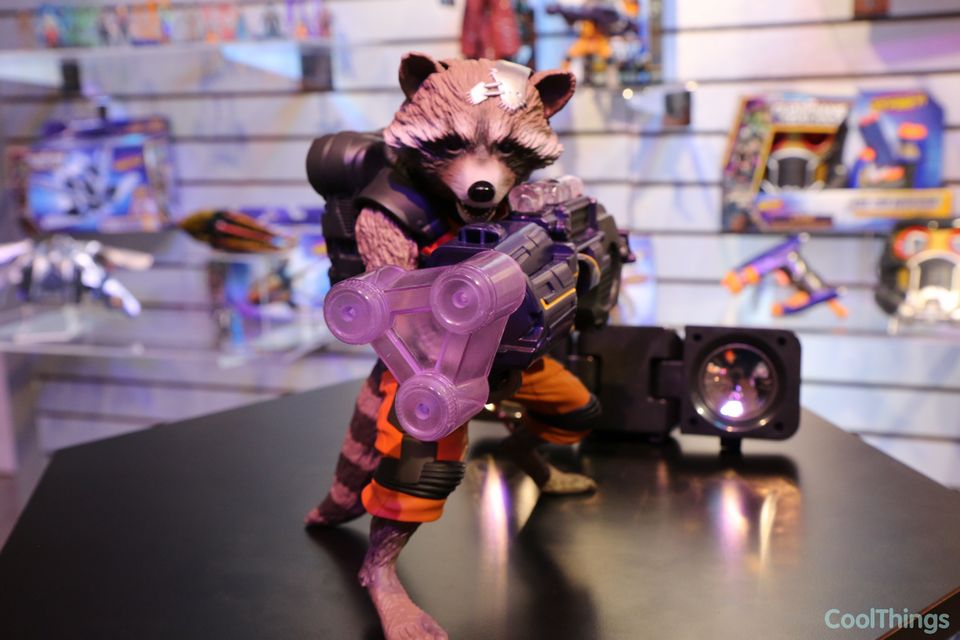 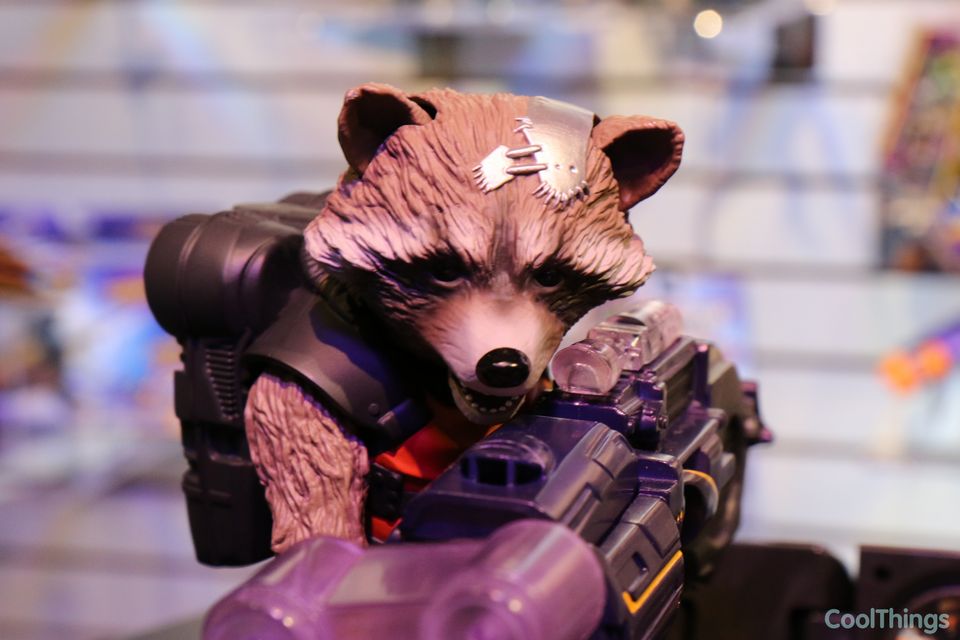 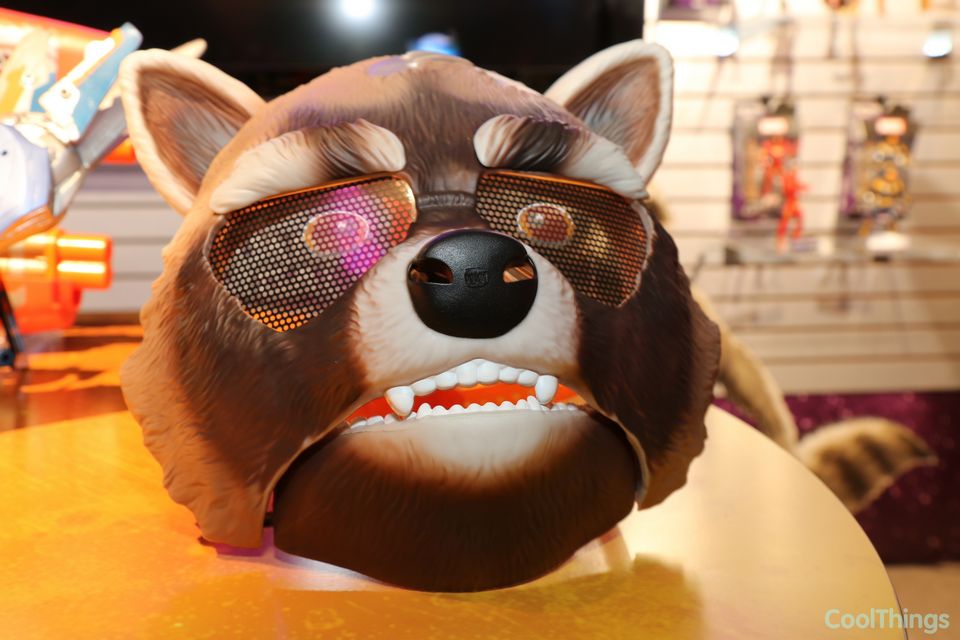 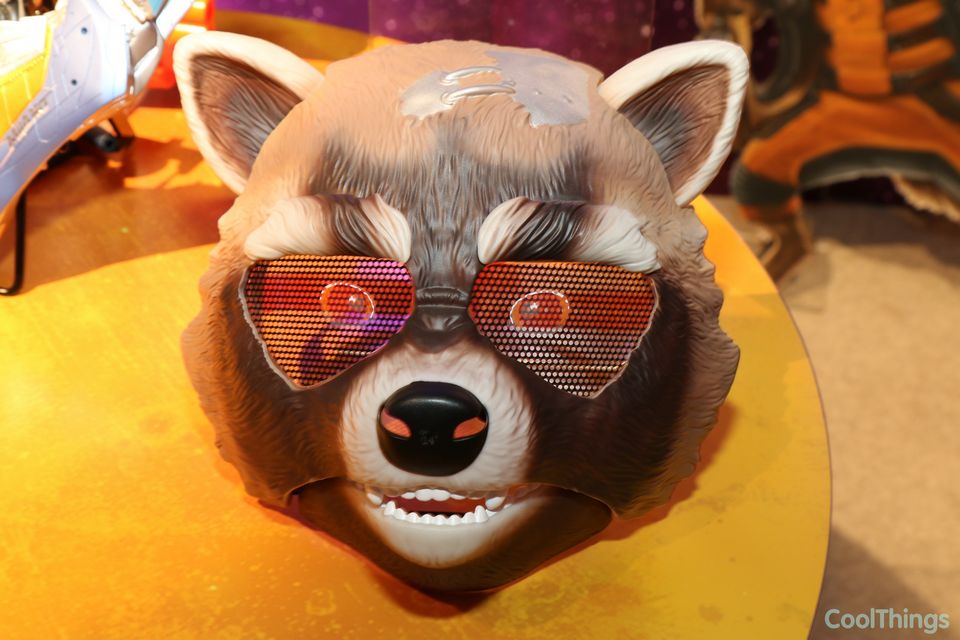 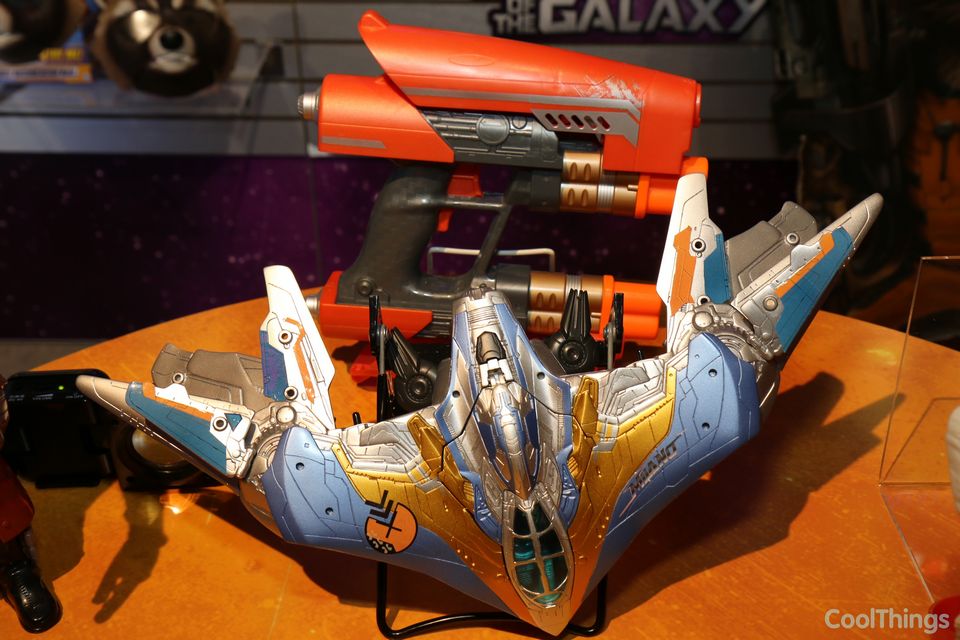 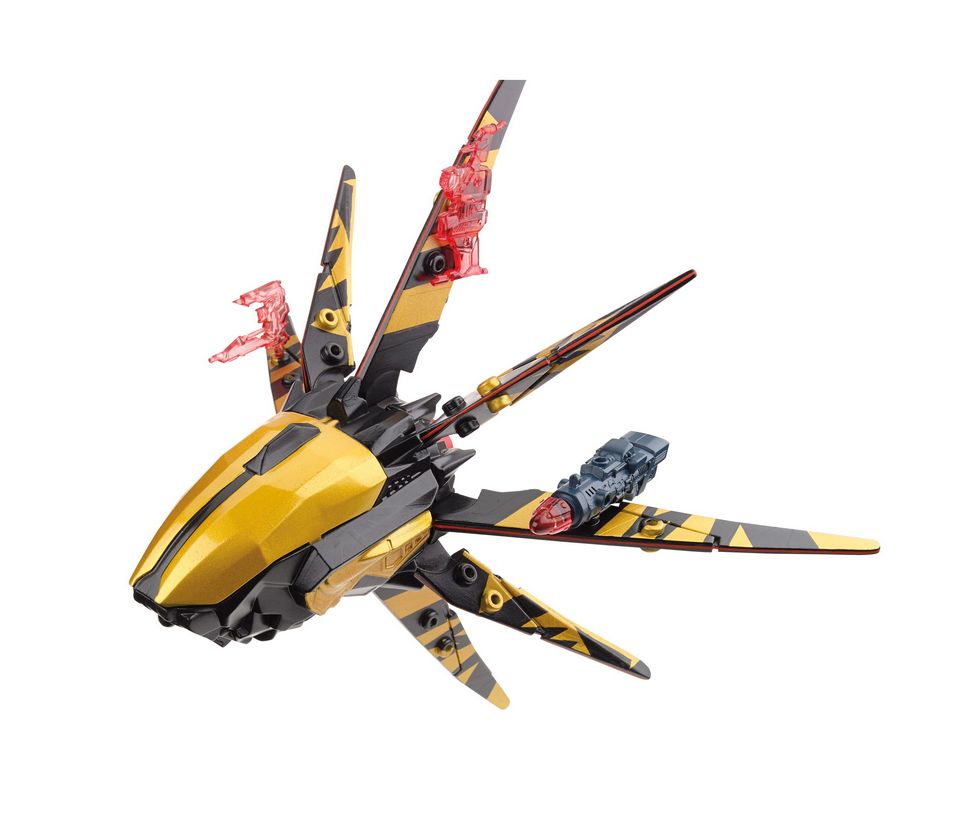 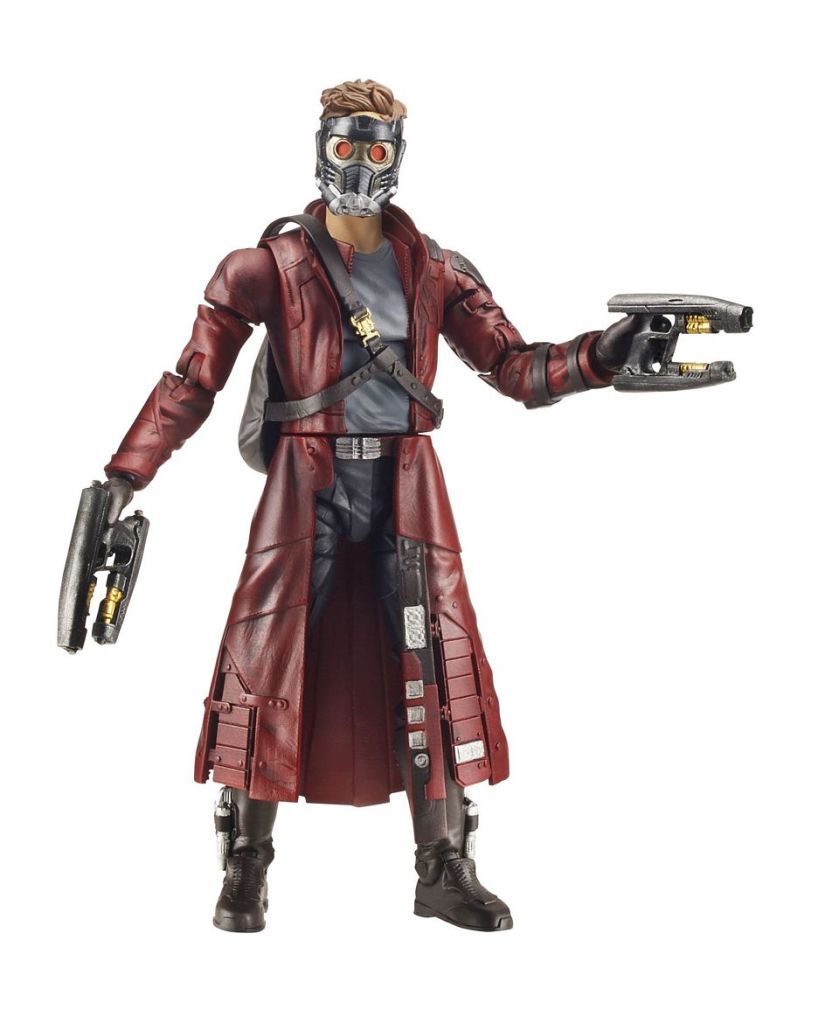 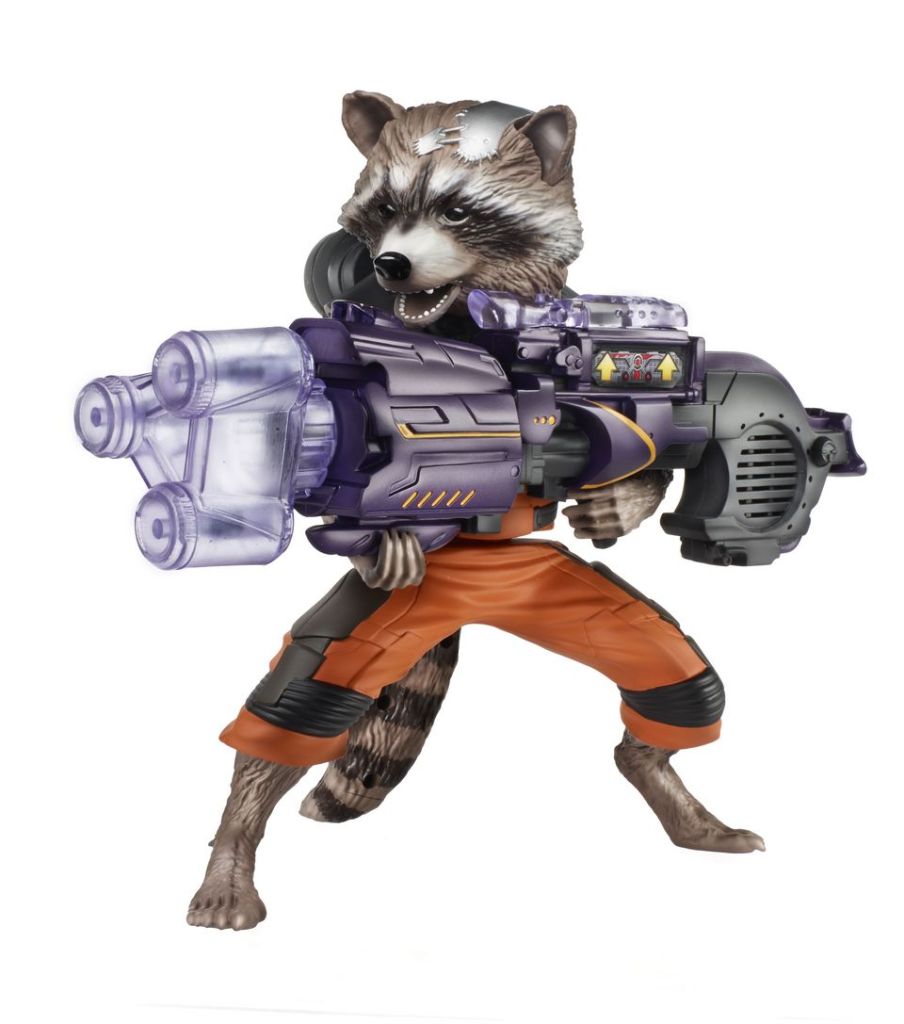