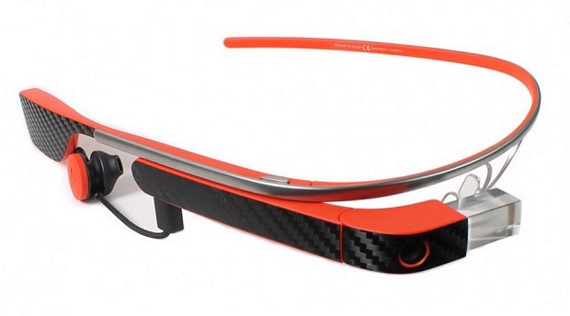 It’s been said many times, many ways: wearing Google Glass over your face just looks plain weird (yes, even with the Google Glass Titanium glasses on). While we’re sure society will get accustomed to people with gadgets sitting over their eyes after some time, you’ll probably have to live with being that strange person with the weird futuristic thing over his face for at least a couple more years. And since you’re going to be treated like a giant nerd anyway, might as well go full nerd and jazz up your Google Glass with these colorful decals from GPOP.

That’s right, somebody’s already selling Google Glass Skins for dressing up the pioneering eye-mounted wearable. You can make it look even more futuristic with lighted circuits, artsy it up with colorful shapes or tone it down with a stealth matte black all over among other decorative options. There’s even one that makes it look like a speaker and music player combo, which could help make it less intimidating to people who watched too many sci-fi films where villains wore gadgets over their eyes. 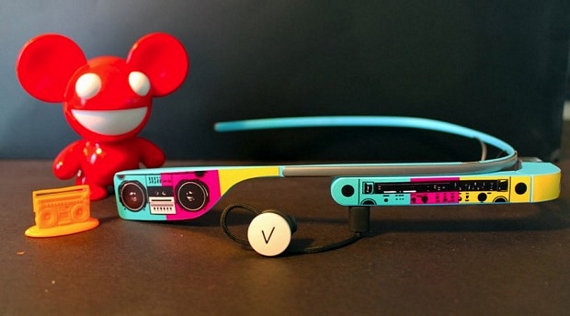 GPOP’s Google Glass Skins are, basically, 3M vinyl decals printed with a variety of designs that are then cut into various shapes that fit different areas of the wearable eye tech. Simply slap each one in place and you’ve got yourself a personalized Google Glass in place of the sterile-looking somewhat-impersonal original. According to the product page, the decals won’t leave any residue on your device (it can be removed and reapplied, so long as you don’t rip it), apart from being able to conform easily when wrapped around edges, so it’s about as easy as it gets. 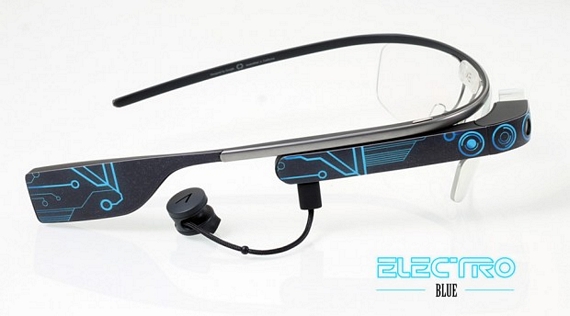 The GPOP Google Glass Skins are available now, priced at $9.99.

Check It Out  via Technabob