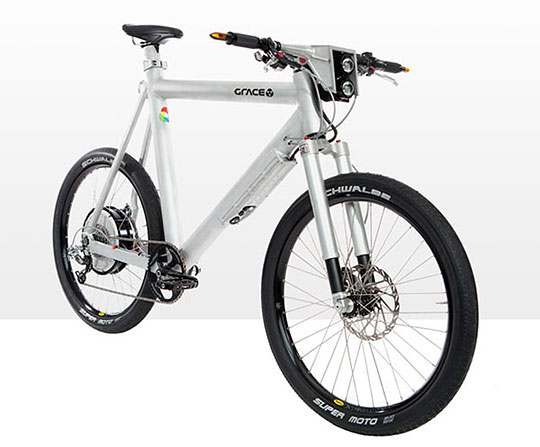 Motorized bicycles aren’t exactly groundbreaking, but there’s no better adjective to describe the Grace e-motorbike than “exciting.”   Combining sporty features and a tough face, it’s one of the sexiest two-wheeled pedal pushers I’ve seen in a while.

Billed as the first street-legal vehicle of its kind (honestly, I never knew motorized bikes weren’t road-approved),  it doesn’t look all that different from souped-up bicycles I’ve seen kids with deep pockets throw together.  However, a quick look at the specs sheet should allay any doubts. 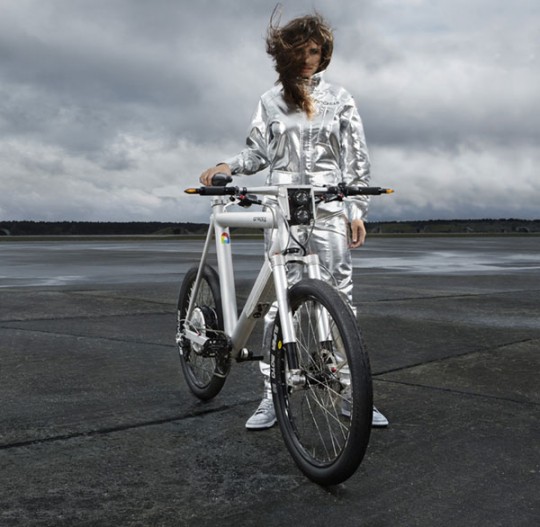 The Grace uses a patented and ultra-light CNC aluminum frame throughout its body, which its makers claim is virtually indestructible.  Handmade in Germany, it incorporates various parts drawn from both Euro-fighter planes and Formula One racers.

One full charge of the frame-integrated battery lets you run at 45 kph for up to 40 kilometers without requiring any effort from your legs.  Push is provided by a 13kW motor that sits snug along the rear wheel, with all controls available directly from the handlebar-mounted console.

Sure, 45kph isn’t that much to brag about, especially since 150cc scooters can probably leave you behind.  However, with pedal power still available long after the battery has drained, the Grace e-motorbike offers a flexibility that few other vehicles can afford.

You can order one now, with prices starting at 5,677 Euros plus VAT.  Deliveries are slated for early January, 2010.