Gramofon Is A Router That Doubles As A Music Streaming Device 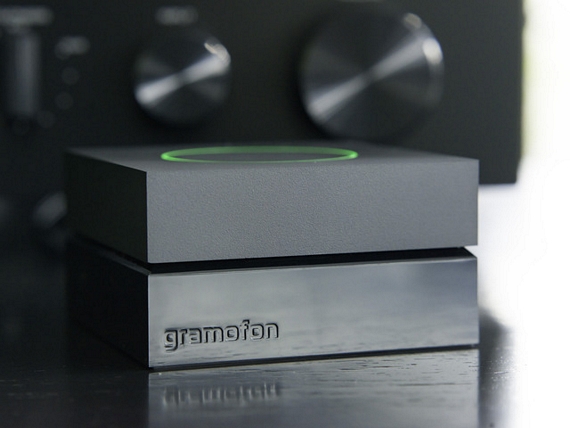 If you’re not familiar with Fon, it’s a company whose core business is operating a large system of crowdsourced, dual-access WiFi networks, which has grown to an impressive 13 million hotspots across Europe and North America. With that many hotspots at their disposal, the next logical step should be to create products that take advantage of them and that’s exactly what the company is doing with the Gramofon.

To share your internet with Fon’s network, you need to use a specialty router that runs the company’s proprietary software, which dedicates part of your internet on a public network that’s separate from the default network you use at home. Their new device comes with that WiFi router sharing capability, too, but adds “social music” features on top of the mix, essentially serving as a dedicated streamer for cloud-based music services like Spotify. 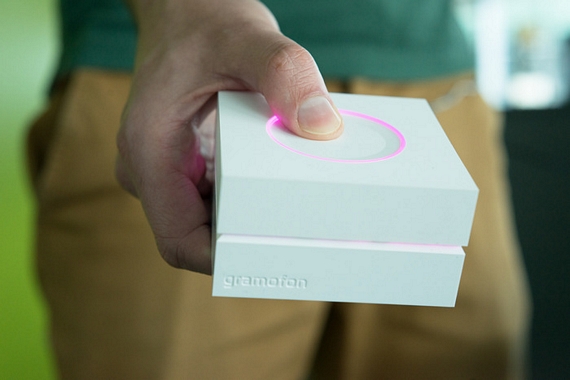 The Gramofon connects to your home system either via Ethernet or WiFi, then creates a wireless hotspot where other people can connect (via Facebook, rather than a separate WiFi password), either to access the internet or control playback on the device from their own mobile devices. There’s no onboard speaker, so you’ll have to hook it up to headphones, a speaker, or your home sound system via the 3.5mm line out. The device, which measures a very portable 3.14 x 3.14 x 1.65 inches, can be controlled via a button with a multi-color LED indicator on top or through a mobile app (Android and iOS). 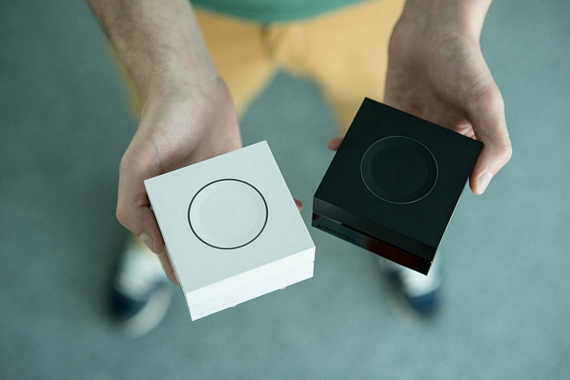 As of now, only Spotify and WahWah radio will be supported out of the box. They are, however, working towards adding a lot of the popular music services to the pile, including SoundCloud, Google Play, and Amazon Music, among others.

Fon is running a Kickstarter campaign to fund production for the Gramofon. Pledges to reserve a unit starts at $50.