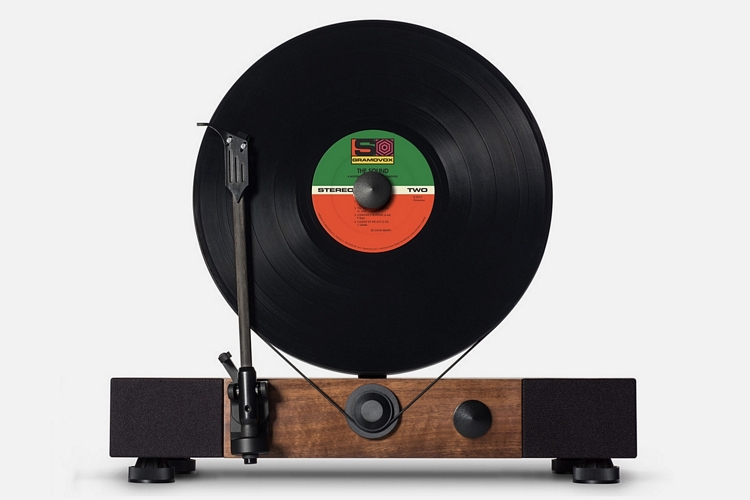 For some reason, vinyl records are back on the rise, with new players, recorders, and accessories coming out. Despite renewed interest in the format, however, we still play them using the same boring technology from back in the old days. And while the Floating Record will still play your vinyl using the same boring technology, it will do that with the record standing vertically, so playing a record can feel like putting on a tabletop show.

Made by Gramovox, it’s a record player with both the platter and the tone arm sticking out vertically from the base. That way, people can watch as the record spins while it plays, creating a unique experience even for long-time vinyl fans and collectors who have played hundreds, if not thousands, of records over the years. 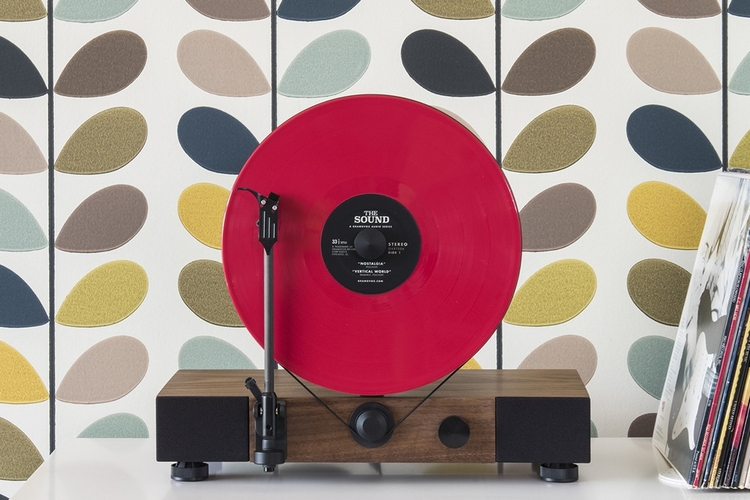 So named for the floating effect it creates for the vinyl, the Floating Record comes with integrated 2-inch neodymium stereo speakers and two 15-watt power amps, so you can play records without having to hook up to a separate audio system. More discerning audiophiles, of course, can bypass the integrated output system and plug it to better audio setups via the built-in line-out, so you can take advantage of that hi-fi gear you’ve invested in a while back. It uses a fully-adjustable, carbon-fiber tone-arm that applies tracking force dynamically using a spring instead of counterweights, with the end holding an Audio Technica AT95E cartridge, a dual-magnet transducer that comes with an elliptical diamond stylus. A silicon belt connected to both the platter and a motorized wheel handles the spinning motion, with switching RPM achieved by moving the belt from one groove on the wheel to another. 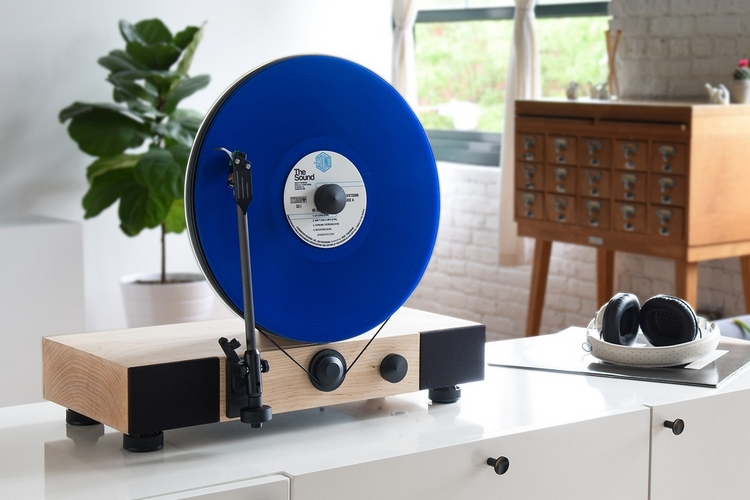 Two options are available for the base: either dark walnut or maple wood, both of which give the player a warm, inviting aesthetic. It measures 17 x 10 x 16 inches (w x d x h) and weighs 13 pounds.

A Kickstarter campaign is currently running for the Floating Record. Pledges to reserve a unit starts at $349.