Graphene Allows This New Solar Panel To Generate Power From Raindrops, Too 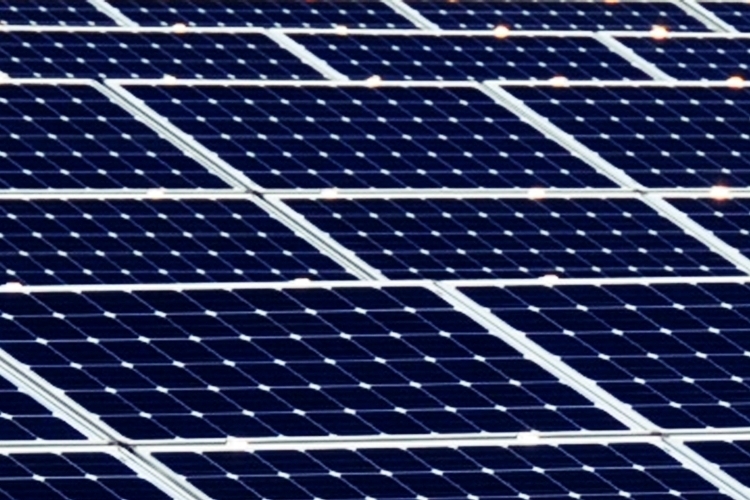 Solar panels are great, allowing you to generate electricity just by keeping it out in the sun. Problem is, the sun isn’t always out, with clouds and rain replacing it for a good part of each year. A new Graphene-Coated Solar Panel overcomes this limitation by using raindrops that come in contact with its surface to generate electricity.

Developed by a team of scientists from Qingdao, China, the new solar cell prototype will generate power from sunlight like the panels we see in wide use today. Unlike them, it has a single, atom-thick layer of graphene across its surface, which allows it to harness raindrops into usable power.

The Graphene-Coated Solar Panel uses conventional solar cell technology when producing energy using sunlight, so it works much like the solar panels laid out across roofs in many homes and industrial facilities. With the sun tucked away behind the clouds on rainy days, however, the graphene coating goes to work, separating the ammonium, calcium, and sodium ions in the rain from the water. These ions cling to the electrons in the graphene, forming a dual-layer pseudo-capacitor system that produces electricity from the difference in potential between each layer.

While the team has been able to show the system to work, it’s not likely we’re seeing these solar panels come out soon. They are, for all intents and purposes, quite inefficient, functioning at a mere 6.5 percent efficiency in optimal solar conditions – a far cry from the 20 percent efficiency of today’s high-end solar panels. Still, it’s a good start for a promising technology.

You can read from the full research from the link below.