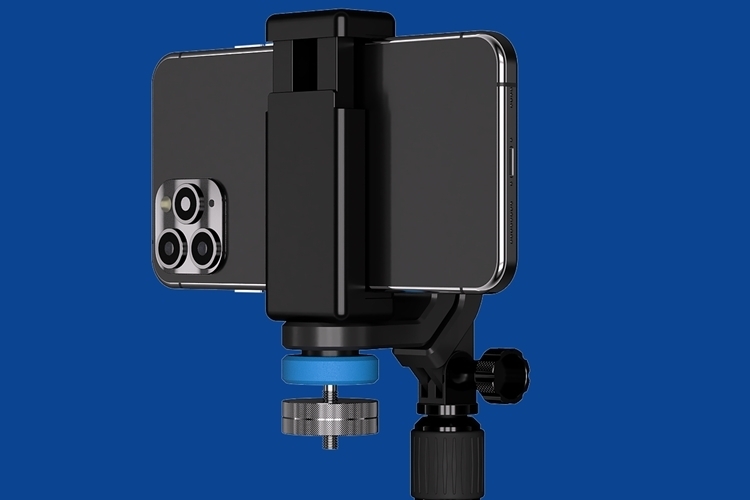 If you can afford it, battery-powered gimbals will always make a better choice than mechanical stabilizers that rely on gravity to steady your shots. They’re just smaller, lighter, and more versatile, making them easier to use and, ultimately, more effective for achieving stabilized shots. At least, that’s typically the case. The GravGrip looks to change this narrative.

A stabilizer for action cams and smartphones, the device combines a small size with battery-free operation, so you can shoot stable footage on your compact cameras without having to regularly charge another device. Just like similar products, it does that with the help of gravity, using a counterweight to pan and tilt your camera to compensate for movements. Unlike them, though, it adds hydraulic fluid to the stabilization system’s pivot point, creating a movement that, the outfit claims, is much smoother than your standard gravity-based stabilizer. 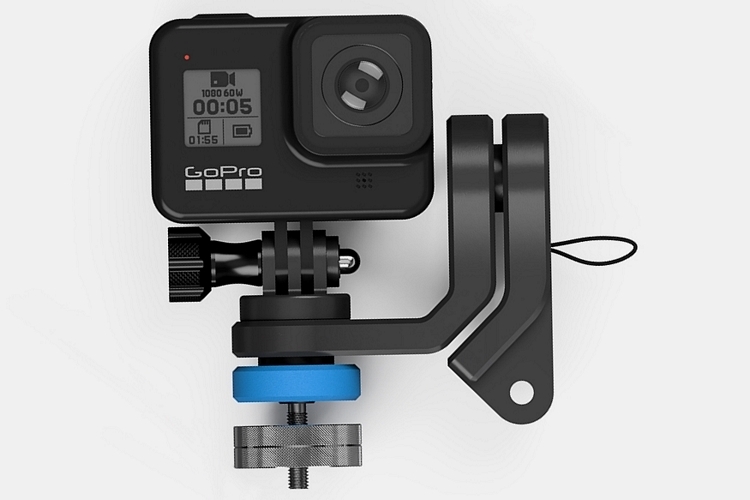 The GravGrip is a device that can mount on monopods and selfie sticks, allowing you to add stabilization to your everyday shooting gear. There’s a mount with included adapters for attaching your smartphone or action cam (tighten the blue knob to lock it in place), which is connected to a pair of counterweights below it. Those counterweights can be positioned at various heights, by the way (the heavier the camera, the lower it should be), so you can find the perfect counterbalance, regardless of how much your smartphone or action cam weighs.

Additionally, moving the counterweight higher slows down the gimbal response and moving it lower speeds things up, so you can play around with the position to find the ideal set up for your shoots. The counterweights, by the way, can also be tilted, which is useful for cameras whose center of gravity isn’t right down the middle (e.g. GoPros). 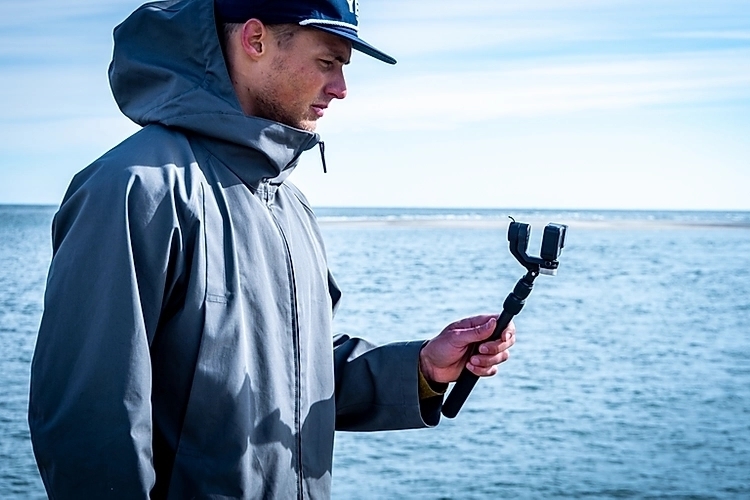 The GravGrip, of course, sets itself apart from traditional stabilizers by using hydraulic fluid in the pivot point for the camera mount, which makes the system’s movement a whole lot smoother. According to the outfit, this addition was inspired by the glove boxes inside cars, which use a similar hydraulic system to make the door slowly open. In case you’re not feeling the more deliberate pace created by the hydraulic system, it can be disengaged by simply removing the quick release lid. According to the outfit, this could very well be the case for some action cams, which work well enough with just speed control and balance correction applied. 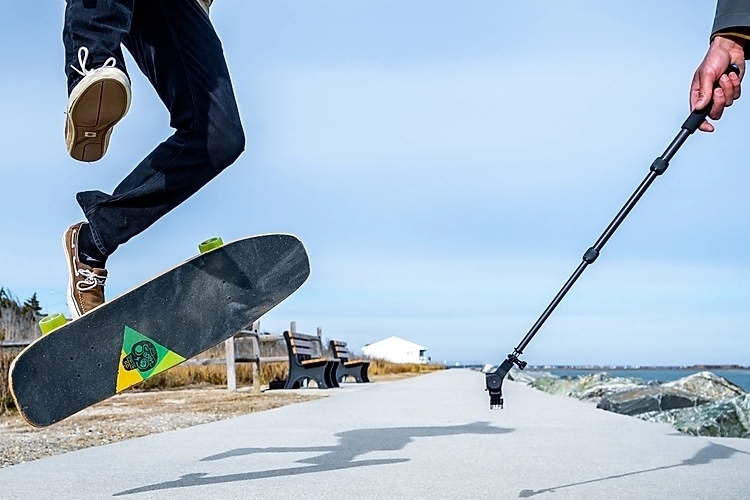 Construction is glass-filled for most of the exterior components of the stabilizer, with all metal parts cut in stainless steel, so this should hold up to whatever challenges your daily smartphone and action cam filming can send its way. And because it uses no electronic parts, it’s completely waterproof. In case you don’t have a selfie stick or monopod that you particularly enjoy using, the outfit also sells an extendable aluminum pole that can go from 13 to 33 inches long, which is fully compatible with the stabilizer.

A Kickstarter campaign is currently running for GravGrip. You can reserve a unit for pledges starting at $35.