Who Would Have Thought Stacking Rocks And Stones Can Look This Amazing? 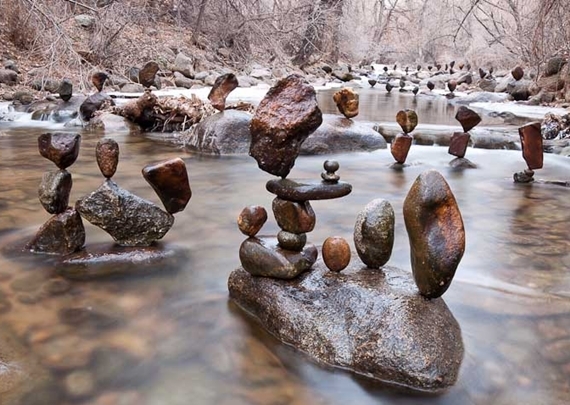 Michael Grab’s Gravity Glue is a series of photographs that capture rocks and stones stacked together by the artist.  Sounds too simple to impress you?  Well, not till you see the kind of rock balancing he’s talking about.

According to Grab, no glue or tools were used to keep the rocks balanced in any of the photographs.  Really, even those ones that look like it’s impossible the whole thing isn’t falling over without a little Sugru keeping things in place.  Instead, “gravity is the only glue that holds these structures in equilibrium,” making for truly impressive, albeit temporary, creations. 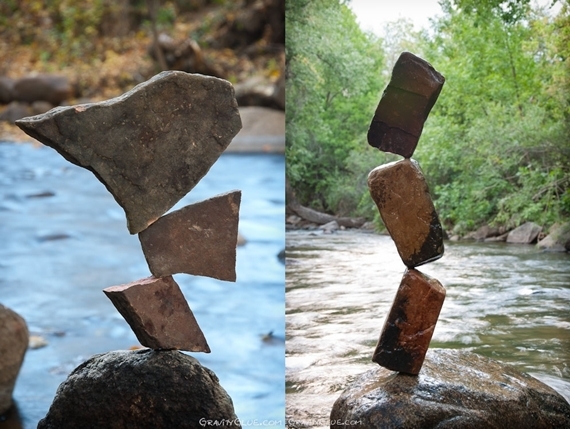 In Gravity Glue, Grab inspects each rock for its individual indentations, then uses those to stand them upright on top of another rock.  In most of the creations, he picks rocks that have indentations with a minimum of three contact points, which serve as a tripod that allows them to sit flush on top of another, even in situations where the two rocks look like they’re barely touching.  In other works, he packs the rocks together between two stable points, using the indentations to wedge them into place and keep any of the rocks from sliding down.  In either case, the results are downright mesmerizing, especially with some of the larger, more ambitious structures. 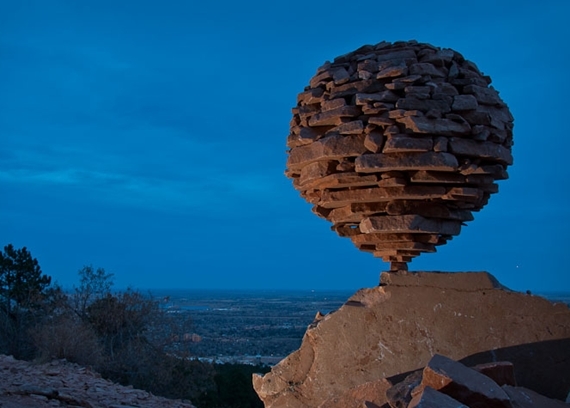 You can check out the rest of Gravity Glue from Michael’s website. 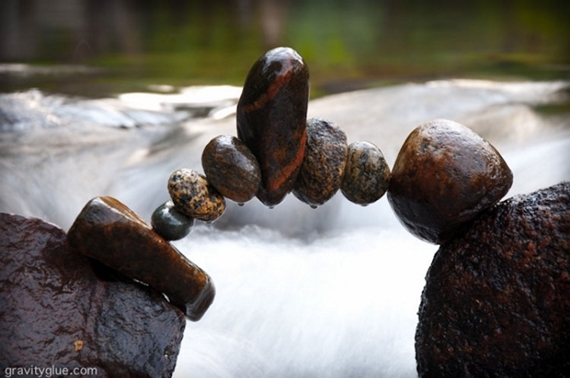