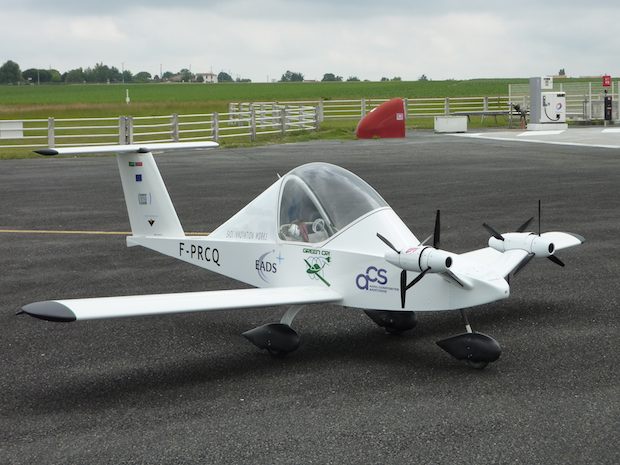 At the recent Paris Green Air Show, one plane stood apart as arguably the most popular of the event.  Called the Green Cri, it’s a compact aerobatic airplane that runs on pure electric power.

Looking like a toy instead of a scary flying machine probably had something to do with all the attention it received.   After all, how many planes that weight a floaty 387 lbs (INCLUDING the pilot) do you actually get to see everyday? 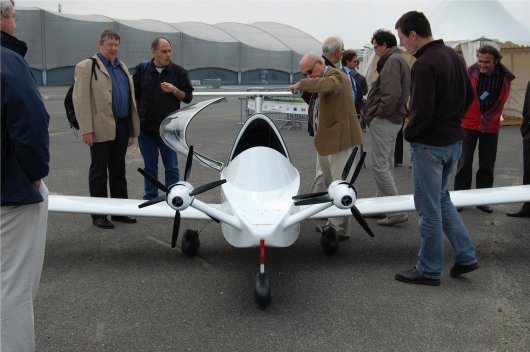 Created for scientific research rather than commercial sale, the Green Cri (whose body is based on 70s-era Cri Cri aircrafts) is intended as an experimental platform for green propulsion technologies.  The prototype shown at the event uses four high voltage, low intensity brushless electric motors with counter-rotating propellers, shedding the usual fuel engines found on regular aircrafts. 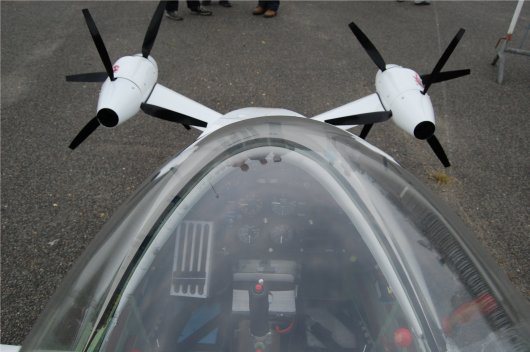 This is the second electric aerobatic plane prototype from EADS Innovation Works (European Aeronautic Defense and Space Company), who showed an early version of the vehicle last year.   That older model made a brief test flight previously, but suffered heating problems in just seven minutes and was forced to land.  According to EADS, modifications to the engine integration on the new Green Cri alone has resulted in an approximately 30 percent aerodynamic efficiency gain.

Powered by a four-pack of lithium-polymer batteries pumping a total of 400V, the Green Cri can perform 30  minutes of cruise flight at 65 mph, crank it up for 15 minutes of intense aerobatics at 155 mph and climb the skies at a rate of around 17 feet per second.  Majority of the parts have been made from lightweight carbon composite material, keeping the weight low, despite the extra weight put on by the 59-lb battery array.