Greyp G6 : Meet The Most Tech-Packed Electric Mountain Bike You Can Buy 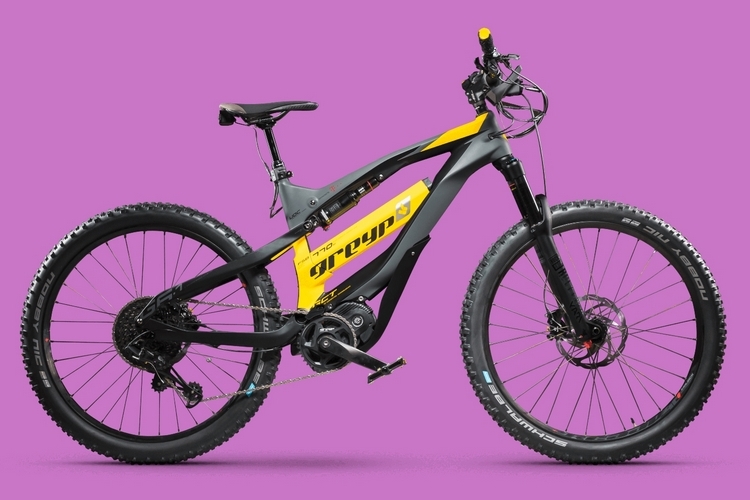 Electric bicycles are great – they get you to places while barely breaking a sweat and they’re still lightweight enough mount on a rack when you’re back home. Electric mountain bikes are especially fun, as they make it easier to run over obstacles and ride through uphill trails. The Greyp G6 takes the electric mountain bike experience to another level by packing it with a whole load of tech.

You know how most electric bicycles get a motor, a battery, and not much else to separate it from regular bicycles? While there’s nothing wrong that, they chose to go another route here, adding a heap of complementary tech to really change the riding experience in a significant way. The Greyp G6 is powered by a six-cylinder motor (from 250 to 460 watts, depending on the model) that’s been specifically adapted for the bike using custom firmware, allowing it to run at speeds of up to 28mph. This motor is hooked up to a 36-volt 700Wh battery, which is rated to give you a range of up to 62 miles. Unlike many e-bikes that integrate the battery inside the frame, this bike mounts it at a visible spot at the central portion of the frame. While not as sleeking-looking as batteries hidden inside the frame, this design choice makes it easy to swap batteries, allowing you to extend the range as much as you need – just bring enough batteries to keep you covered.

It has an integrated 3-inch display that shows important riding stats, such as speed and battery level, so you’re duly informed the whole time you’re on the saddle. There’s a phone mount in front of the screen, too, allowing you to put a smartphone in front of the display and use that as a bike computer. And yes, the outfit built their own app (iOS and Android) for the bike, with its own navigation interface, ride tacking, and a host of other features. According to the outfit, the custom app will be an overall better fit, since it’s tailored to work specifically for the bike and its specific components. The Greyp G6 comes with integrated cameras on the front and rear, both of which continually record wide-angle footage in 1080p at 30fps. Do note, only the last 20 seconds of the footage is automatically saved, which you can play back at any time, making it very useful during any accidents or mishaps. They even threw in an integrated 4G SIM card (T-Mobile, free data use up to 2022) and GPS chip, allowing the bike to detect its location and stay in constant communication with the app, making it easy to find your bike if you can’t remember where you parked it and allow you to easily track it if it’s ever stolen. The bike itself has an all-carbon frame, SRAM EX1 groupset, and Rockshox suspension (both front and rear) with just under six inches of travel. Other features include 40mm wheels, Schwalbe Nobby Nic tires, and Formula Cure brakes.