Griffin Party Dock Turns Your iPad Into A Home Console 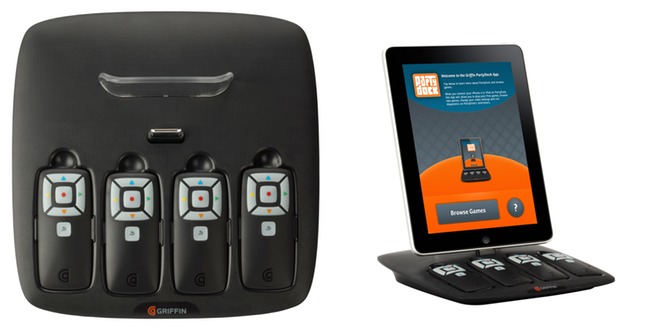 Need some video games for home parties?  Forget picking up a Wii and turn your iOS machine into a home console with the Griffin Party Dock, a gaming accessory that plugs into your TV and lets up to four people play on any compatible game from the App Store.

All iOS machines – iPod Touch, iPhone and iPad – are supported.  Just slip the mobile device on the dock, pick up the controllers and commence playing.  It only supports Griffin’s own games for now (which are mostly lame quiz titles), but will be extended to others (games need to be specifically developed for compatibility with the platform). 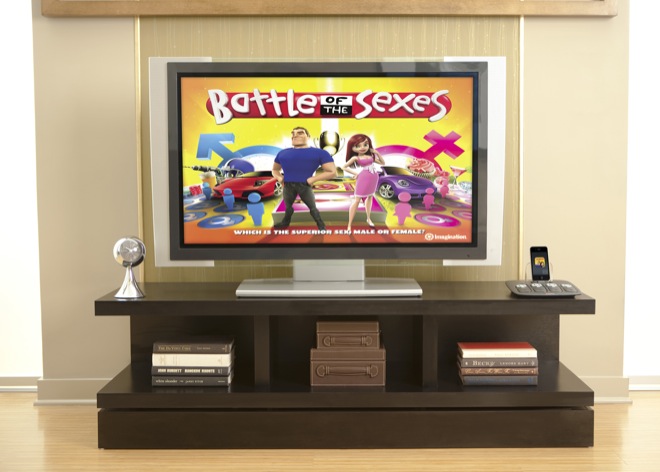 The Griffin Party Dock uses a tabletop dock, with four detachable controllers housed on slots at the same base.  Each wireless controller uses a similar layout as Apple’s IR remote (four directional controls, one central button and one back button), which should limit gameplay to mostly casual titles.  Given the “party gaming” intentions, though, that’s no surprise. 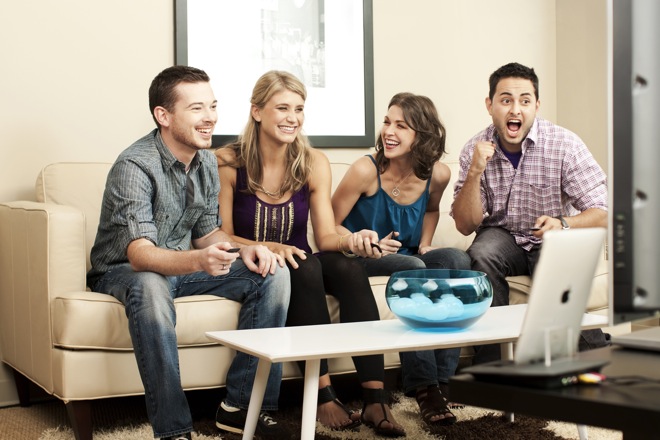 Aside from gaming, the platform supports piping of media to your TV, including locally-stored movies, YouTube streams, music and photo slideshows.  It comes with three free mini-games and one full-version game, along with all necessary accessories.  Oh yeah, it’s going to recharge the docked device, too.

Yes, your iPad, iPod Touch and iPhone will soon be usable as a home console.  There’s no launch date yet, but it makes sense to expect this around the fourth quarter, right around the holidays.  Griffin better hope the upcoming Apple TV doesn’t run iOS with game support – otherwise, this thing will be vaporized.