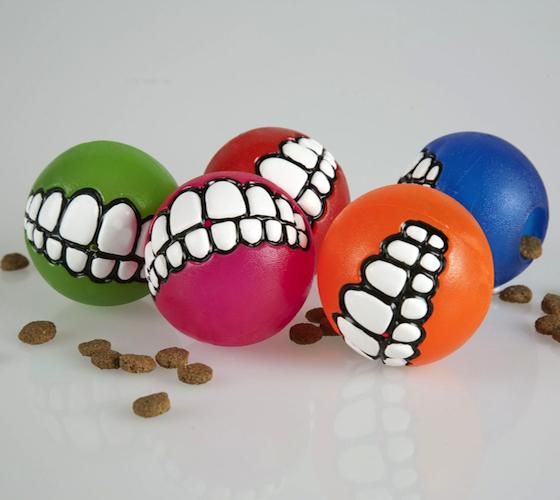 Your dog can look pretty goofy all on his own, chasing his tail, licking his balls, and occasionally staring at you while wearing the stupidest face ever.  That doesn’t mean his humans won’t put in the effort to make him even goofier, from putting wearable speakers on the poor mutt to walking him with a Dogbrella.  The Grinz is a bounce-and-fetch toy designed to do the same thing.

Made by Rogz, it’s a ball that you can use to play fetch with your dog in the park.  Like all toy balls that can make fetching fun, it’s designed to bounce all over for more exciting chases, as well as float when it ends up in the water. 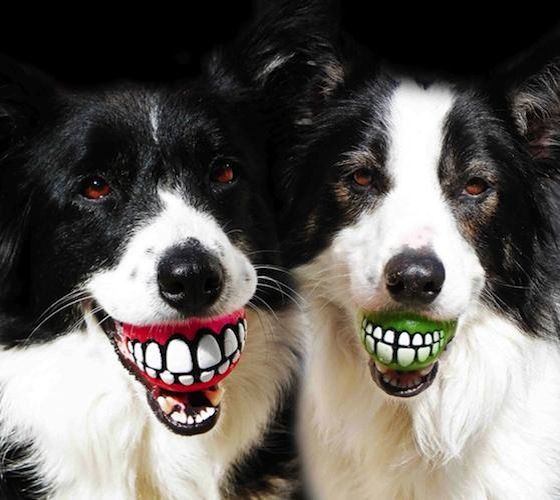 What makes Grinz special, though, is the human teeth graphic emblazoned on its skin, making your pet look like it’s breaking out into the strangest grin ever while he holds the ball in his mouth.  Be wary: the grin looks creepy as heck, so prepare to have nightmares about your pet’s clown-like smile if you’re sensitive about those things.  Oh yeah, you’ll probably make some kids cry when they see your dog, too, so prepare to deal with some parents complaining.

It comes in different levels of toughness, so you can pick a soft one if you have a gentle dog or a really tough one if your pet likes biting hard into his toys.  To ensure the dog puts the graphic out front where you can adore it, the ball doubles as a container, with a hole on the opposite side of the graphic that’s intended to dispense small treats.