Grizzly Is A Half-Robot, Half-Tractor Beast Of Burden 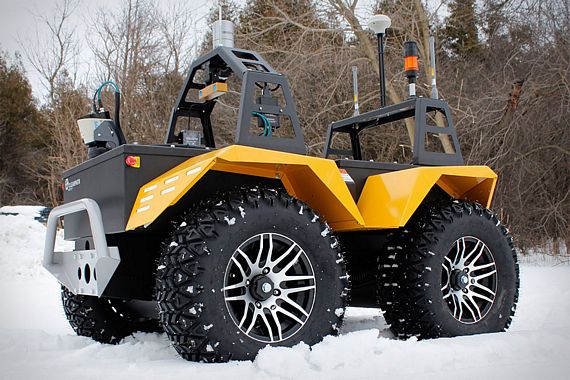 ATVs are awesome.  Robots are awesome.  It only makes sense that combining the two will create something that’s double the awesome.  And that’s exactly what the Grizzly Robot Utility Vehicle does.

Made by Clearpath Robotics, it’s an autonomous ATV designed to execute highly-demanding defense, mining and agricultural tasks.  Billed as part-tractor and part-robot, anything you’ll probably use an ATV for but are too chicken to risk your neck actually doing, like running down an army zombies or ferrying supplies over hazardous terrain, can be executed by this robot vehicle all by its lonesome. 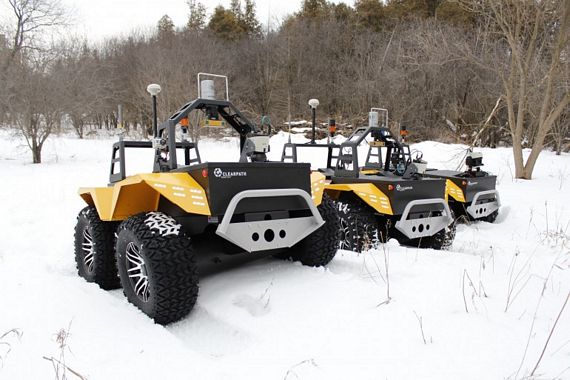 Measuring 58.9 x 50.5 x 31.9 inches with 26-inch all-terrain tires and 8 inches of ground clearance, the Grizzly Robot Utility Vehicle looks just like any heavy-duty ATV.  Except, of course, there’s no cabin.  Instead, the body features removable flat-top plates that you can use to carry cargo or replace with a selection of sensors, as well as a series of modular mounts (front, top and rear) where you can install a whole host of payloads (e.g. single-point hitch implements), depending on what you’ll need the drone to do. 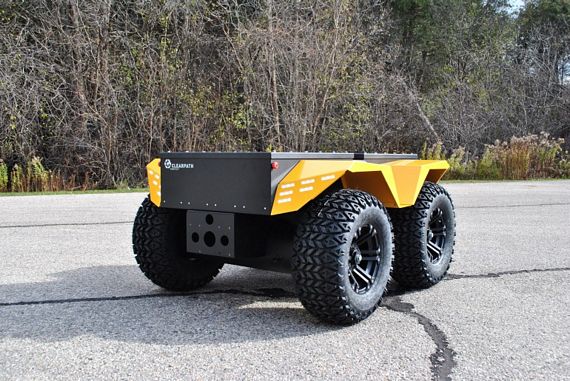 It has an all-electric powertrain, with 80 hp peak power and a maximum drawbar pull of 1,400 pounds, powered by a marine-grade AGM sealed lead acid battery that can power it for up to 12 hours of cruising and 3 hours of heavy-duty towing.  Details include a front-mounted bull bar (can be replaced with an optional winch), a load of preloaded sensors, and Robot OS (ROS) compatibility (with an open API for programming it to do a whole host of actions).

No pricing or availability details have been announced for the Grizzly Robot Utility Vehicle, but evil supervillains like you should have no objection to stealing whatever prototypes they currently have out there.