One Of The Cutest Things We Saw At CES, Lovot Companion Robot Wants Nothing But Your Love And Attention 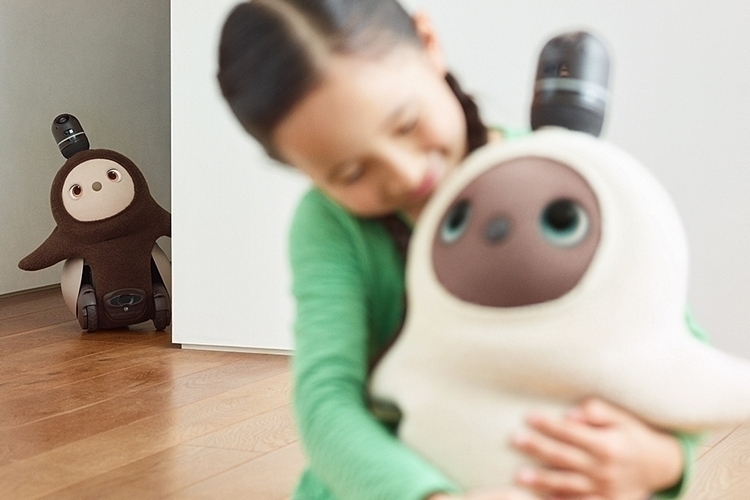 That’s right, someone finally built a real-life Tamagotchi robot that’s needy enough to beg for attention and pushy enough to get in the way. No, you don’t have to feed it or clean up after it, but it does require you to give it a whole lot of attention, essentially making it feel like you’re living with a toddler. 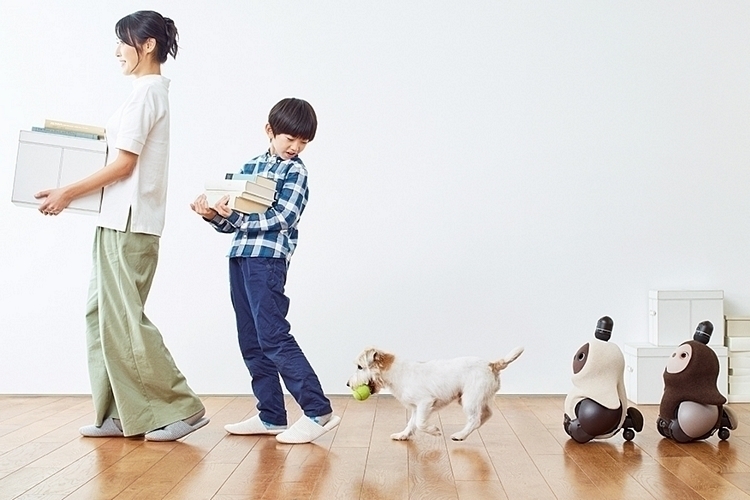 The Groove X Lovot looks like a cross between a plush doll and a robot, combining a fabric outer body with wheels that allow it to move around (and occasionally bump into things like a toddler), as well as a capsule full of sensors at the top of its head. It has big, round beady eyes that use six layers of projections to create depth, allowing it to express a gaggle of emotions by simply staring your way (and yes, it will look back when you look at it). Taking a page out of the Hello Kitty playbook, the robot has a tiny button nose but no mouth, which, like the iconic character, should make it easier for people to project their feelings onto it. It doesn’t speak, but it does make a variety of sounds (e.g. laughs and grunts), which should further emphasize its toddler-like qualities, while its two arms take on a flapping motion whenever it wants to be picked up and held like a child. 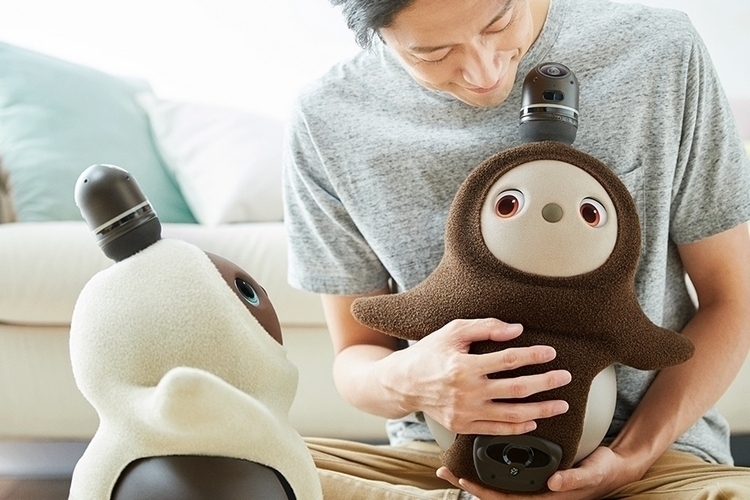 The capsule at top of its head houses a light sensor, a half-sphere camera, microphones, and a thermal camera, which it uses to see and hear people, while a depth-sensing camera and an obstacle sensor sits between the wheels to help it navigate its way around your house. There’s also a bevy of pressure sensors installed across its fabric body, so it knows exactly when it’s hugged, tickled, or cradled in your arms. Emphasis, by the way, on the fabric body, which leaves the robot warmer to the touch than your usual metal and plastic robot companions. 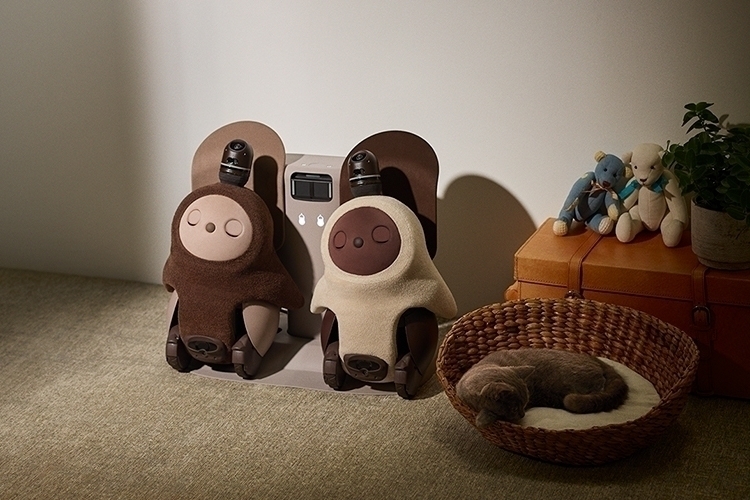 The Groove X Lovot has 13 degrees of freedom (via the wheels, arms, shoulders, and neck), so it can perform a good load of movements for more expressive interactions, all while being able to move at speeds of around two to three kilometers per hour. According to the outfit, none of the robot’s actions and responses are pre-programmed. Instead, it uses a deep learning algorithm to inform the actions it carries out, all of which it decides on in real-time, with its character evolving based on the engagement exhibited by the people around it. Do note, the onboard battery will only keep it running for 45 minutes straight, after which it needs to dock onto its charging hub for 15 minutes before it can go again.

The Groove X Lovot is currently on preorder in Japan. It’s sold in pairs (so your robot has a fellow companion), priced at the equivalent of $5,500. It will be available in the US and other territories starting next year.