gTar Could Change The Way We Learn Guitar 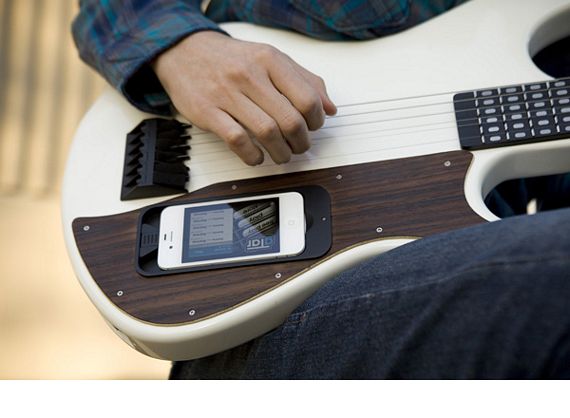 My little cousin is trying to learn guitar.  And boy is he bad at it.  So I gave him my copy of Ableton and he now makes more tolerable music than he ever did with a six string.  But if you insist on learning those outmoded instruments instead of just pressing buttons and mixing samples like Skrillex,  the gTar could be prove an excellent tool for accelerating the learning process.

Created by Incident, it’s a guitar with an iPhone dock.  No, we mean don’t mean a dock for reading off notes and tabs at the end of the neck, but a dock that integrates the iPhone right on the body.  And, no, this isn’t just so you can play Temple Run while strumming the melody to “Sexy and I Know It,” either.

Instead, the iPhone is actually an integral part of the gTar — you need to dock one in to play the thing.  That’s because it’s a fully digital guitar that uses an accompanying iPhone app as its central control system.  Every note you pluck out off the strings gets sent to the phone, which then processes it and pipes out the accompanying sound. 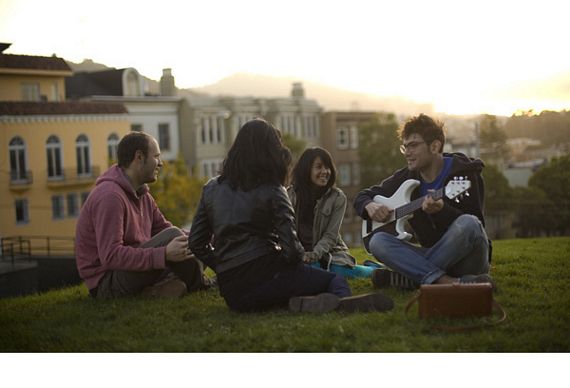 Of course, you’ll likely get booed off the stage using this thing when playing rhythm for your emo-party-screech-core (obviously, I’m just making stuff up here) band, but that’s not the point.  It’s actually geared as a learning tool for new and intermediate guitarists who are trying to build up their skills.

The learning mode works like this: you select a song from the gTar app’s library and then play along.  To guide you, the exact fret and string you should play will light up — all you have to do is follow suit.  You can, of course, program various settings to tailor your experience, including difficulty (yes… Easy mode!) and sound (it can produce other sounds like pianos and whatnot, instead of guitar).

Currently, the gTar is fully funded on Kickstarter, with a fall shipping date already penned for existing orders.  You can still secure a unit right now for $350.  Price rises to 449 after the Kickstarter round is over.