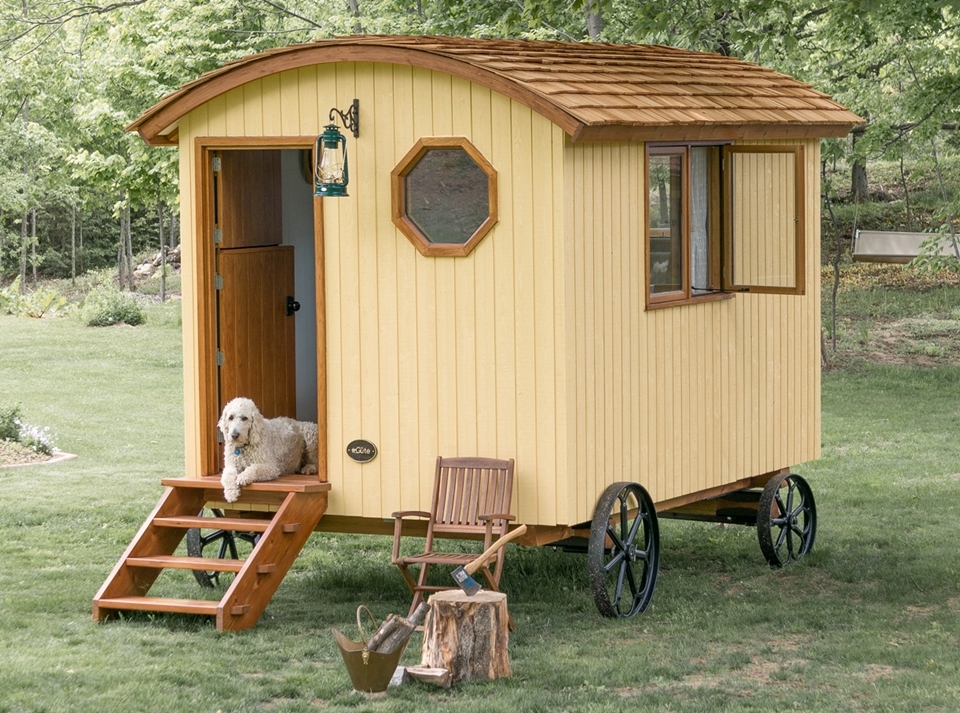 In a lot of ways, the Gute Shepherd Hut feels like an old-school version of the trailer home.  Like the kind you’ll hitch to a horse, instead of a truck.  Which will be illuminated by gas lamps, instead of bright LEDs.  And where you’ll lie down with the family in a bundle of hay, instead of a fluffy mattress.

Except it didn’t come from 1898.  Instead, the Gute Shepherd Hut is actually built during this day and age in a shop over at Maxwell, Ontario, Canada.  It’s not designed to hitch to a horse or a truck, either.  Rather, it’s meant to be moveable fixture in the backyard, the front lawn, or whatever open area you have in the property, ready to serve as a guest room, a home office, or a place to hide your serial killer trophies.  Hello there, Dexter. 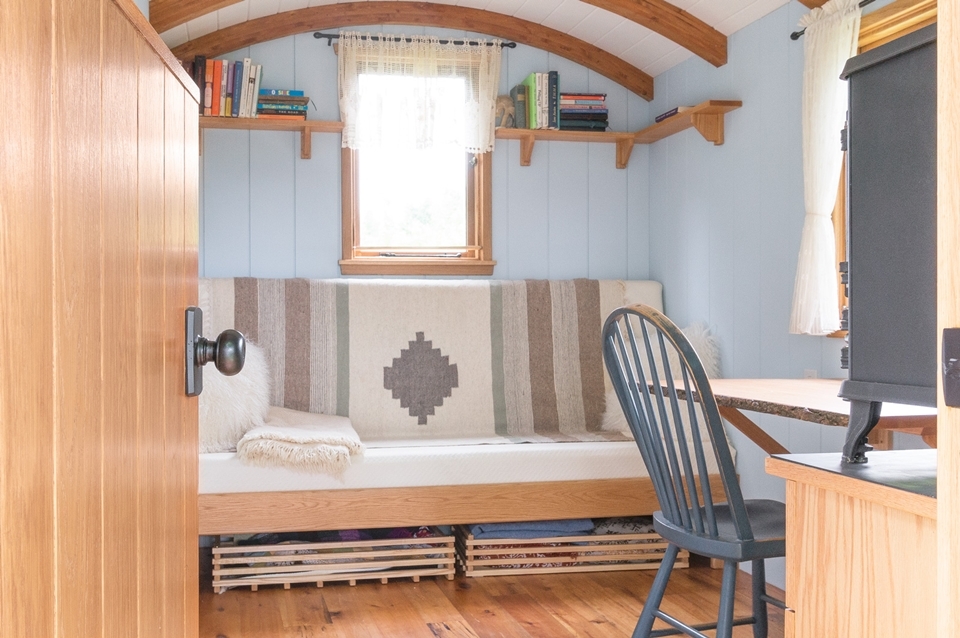 Inspired by the traditional huts actual shepherds used when tending to their flock, the Gute Shepherd Hut brings that old-timey aesthetic that will make your backyard feel like you just crossed a portal to a timeline from over a century ago (seriously, the wheels are made from cast iron, with no tires).  It comes in two sizes (12 x 7 feet, length and width, and 16 x 7 feet), with customization options for a whole load of things, from the type of wood to the style of windows to the kind of roof you want on the thing.  They offer a variety of modular furniture pieces that you can choose from to get the layout you like best, including tables, chairs, sofas, beds, and storage units. 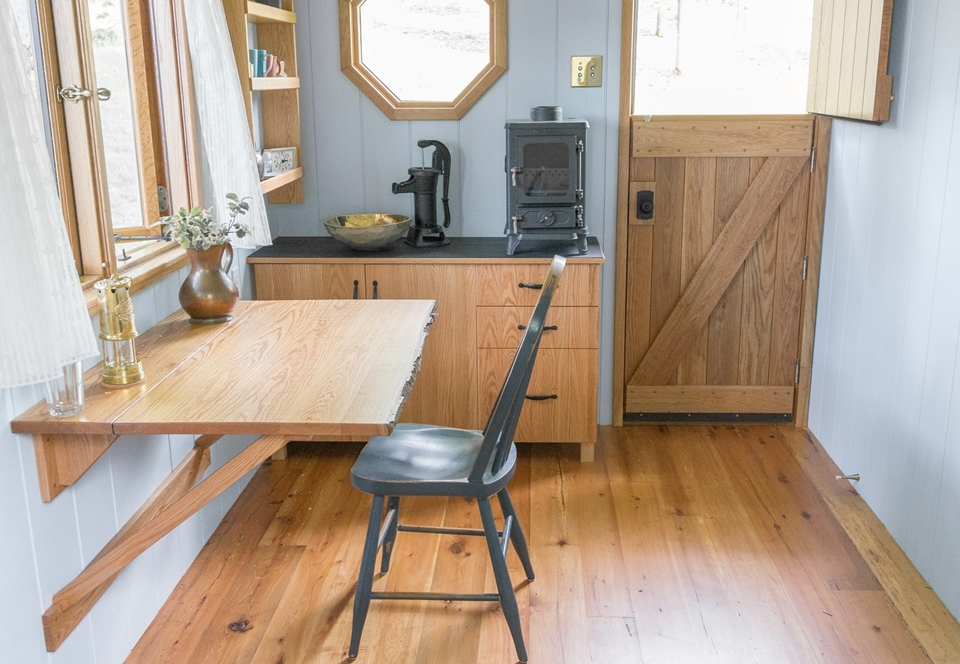 You can, of course, hook the thing up to your home’s power, water, and gas lines, if you’re so inclined, at which point, they can throw in electrical wirings built in (you’ll have to set up your own pipes).  However, they also offer plenty of options if you’d like to keep things off the grid, like a wood stove, a water tank, and a fireplace, among others, as well as a complete solar power system. 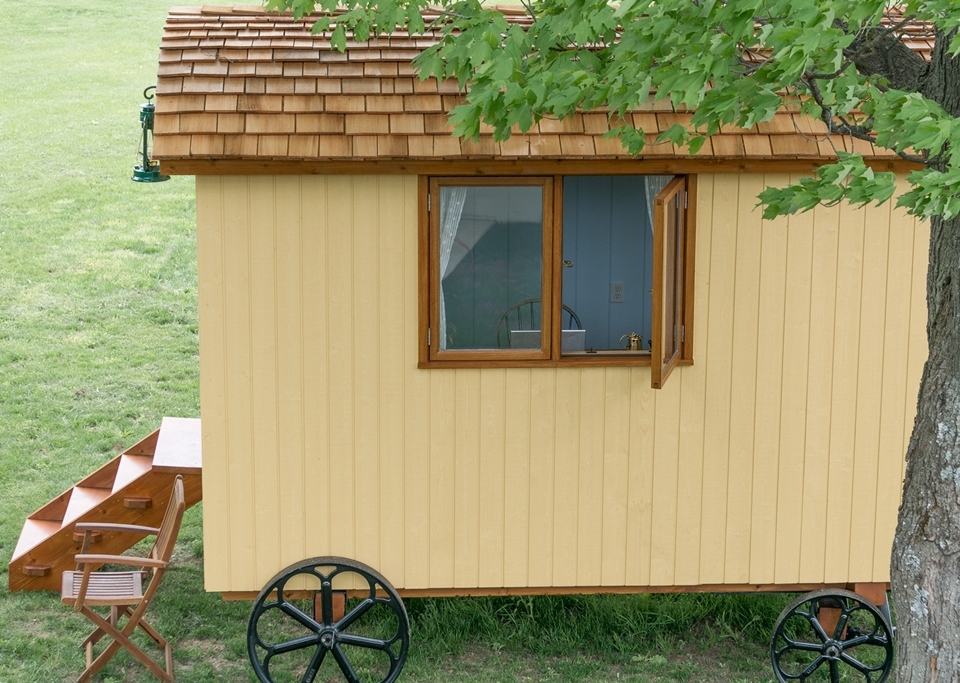 No pricing is listed for the Gute Shepherd Hut, but we imagine it won’t be 1898 money.  Yeah, get your wallet ready.