Gyrowheels Will Replace Bicycle Training Wheels, Could Work For Unicycles Too 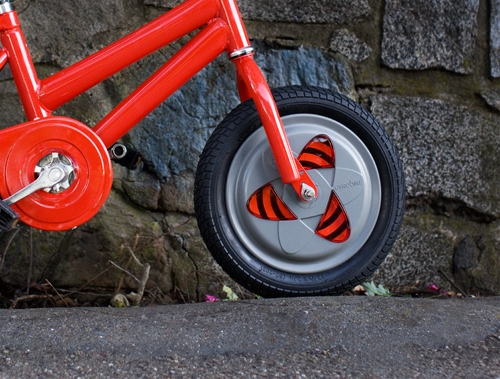 Learning to bike for the first time isn’t all that easy .  But with a pair of extra training wheels, its easier.  The medium needed additional improvements over the years, and it’s getting one now, by way of the Gyrowheel.

A clever, gyro-equipped bike wheel, it helps first-time cyclists ride a bike without having an extra pair of wheels around the rear.  Just like the Segway (which uses similar gyrocospic discs), it’s self-balancing, allowing the rider to stay vertical on their two-wheeled pedal pushers, even when they haven’t ridden one before. 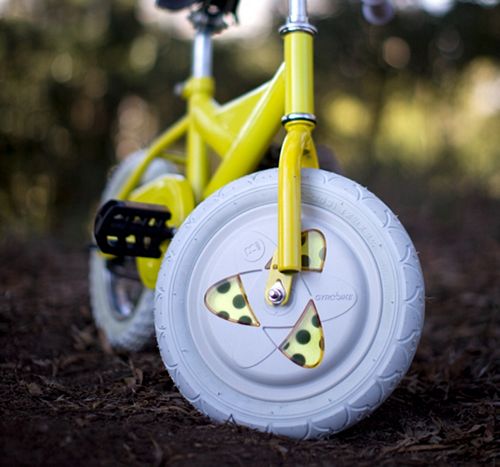 The Gyrowheel replaces a bike’s standard front wheel, keeping the whole thing steady even when the rider wobbles and panics (heck, they even throw in a few kicks and slaps directly on the wheel in the video).  It does this by the use of a battery-powered spinning disc (running non-stop for up to three hours) that generates a “gyroscopic precession” force, keeping the bike stabilized all on its own.   The speed of the internal disc can be adjusted to spin much slower, allowing the rider to exert more effort on their end for stabilization.

According to the manufacturer, these high-tech training wheels will allow kids (and, likely, adults too) to learn how to ride a bicycle in a single afternoon.  While that’s awesome, it also makes for a pretty wasteful purchase.  I mean, wouldn’t you rather rent something your kid will only need for a couple of hours?

The 12-inch Gyrowheel will hit stores beginning December 1st, while a 16-inch version will follow shortly after that.  Do note that after the gyroscopic wheel has done its job of teaching your kids to ride a bicycle, it might be possible to use it to build a self-balancing unicycle for your own amusement.  Just saying…