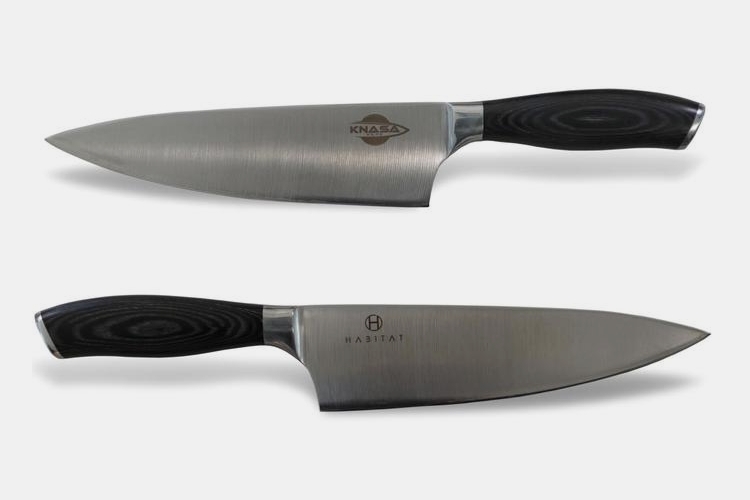 A reliable chef knife is a basic requirement in any kitchen, as it’s the one blade that’s likely to find the most use in your food preparation. Because of how frequently it’s used, it’s also the one likely to require more frequent honing and sharpening. As such, you’ll want your chef knife’s blade to be cut in the best metal alloy available. And that’s exactly what the Habit KNASA Chef Knife delivers.

Sporting a blade edge made from a patented alloy that’s licensed from NASA and Caltech, it boasts a higher level of hardness, elasticity, and corrosion resistance than any material used on any existing chef knife in the market. It’s not just bluster, either, as the alloy scores over 70 on the Rockwell hardness scale (steel scores at 65 maximum), while the blade rates at over 60 percent higher than the closest knife on sharpness and durability in the Catra Cutting Test. 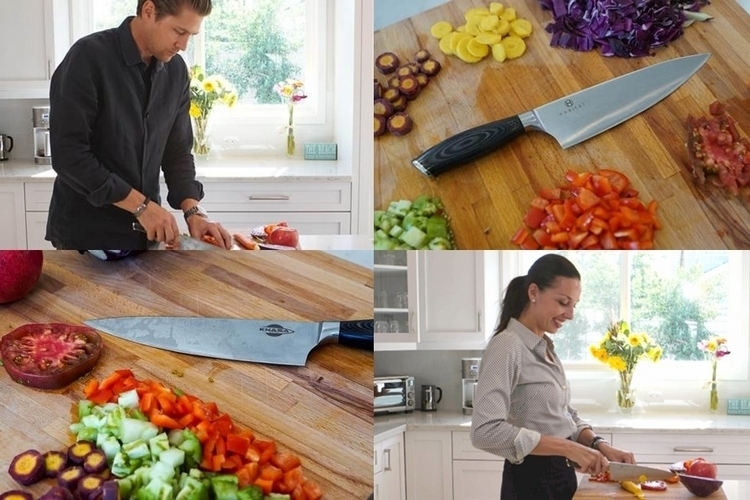 The Habitat KNASA Chef Knife’s edge isn’t just cut in that unique alloy, it’s also incredibly sharp with a 25-degree angle. That’s thinner than the conventional 30-degree angle in most chef knives – an attribute made possible by the alloy’s unique hardness level. That edge is bonded to a stainless steel body that’s wrapped in an ergonomically-designed pakkawood handle. Features include a 13-inch overall length with an 8-inch blade, professional profile that makes the blade taller at the heel, a pinch-style grip, and the ability to retain its sharpness five times longer than ordinary knives.

A Kickstarter campaign is currently running for the Habitat KNASA Chef Knife. You can reserve a unit starting at $79.