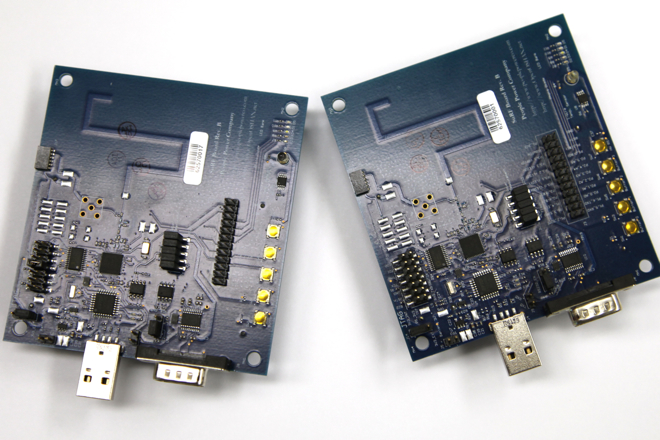 Making your computer do stuff you come up with is fun; getting your home appliances to do the same sounds even more entertaining. That’s exactly what the SuRF (Sensor Ultra-Radio Frequency) kit, which connects household appliances to your home’s wireless network, purports to do.

Created by Silicon Valley-based green tech startup People Power, the product is a developer’s kit that you can commission to add a whole host of capabilities to your your fridge, oven and other home appliances. You can’t get it off a shelf to immediately realize savings, though, requiring some amount of programming savvy (yes, you’ll have to write code) to equip it with those abilities.

Each SuRF kit consists of two boards with long-range 900-MHz radios that communicate with one another, allowing it to work through walls and at greater distance (up to 200 feet) than the standard 2.4GHz frequency. It runs the company’s own OSHAN (Open Source Home Area Network) OS, which is based on the wireless sensor platform, Tiny OS. 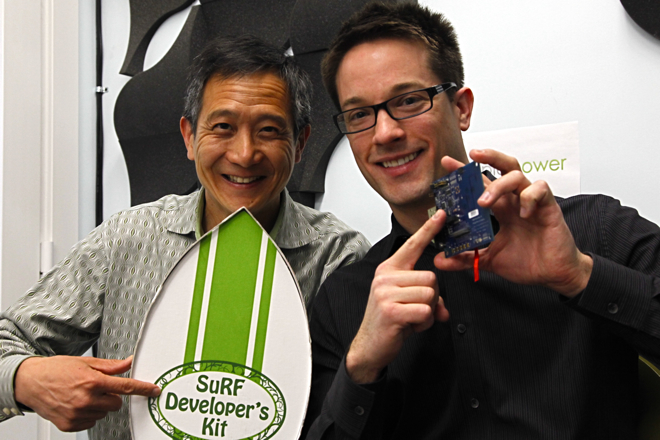 What can you do with it? Tons of things, actually, provided you can program them, including monitoring your home appliances’ power usage and other vitals, as well as controlling how they behave. Want to control your coffee machine in the kitchen using your bedside computer, for instance? Probably doable. How about shutting off the first-gen Xbox 360 automatically when the temperature is getting too close to RROD-friendly? Probably possible too. Of course, programming them is a whole other deal, which is why the company’s early clients are large business who are using the devices to monitor and calibrate industrial equipment remotely.

Most likely, some developers are going to turn to the $149.95 SuRF and OSHAN kit for new apps that could change the way we use appliances at home, and that’s the time this should see more mass-market viability. Imagine a PC app that monitors and controls temperature in your fridge to minimize consumption without disrupting proper operation, as well as alerts you when you’ve run out of beer.  I bet there are plenty of households that could find that very compelling – mine included.