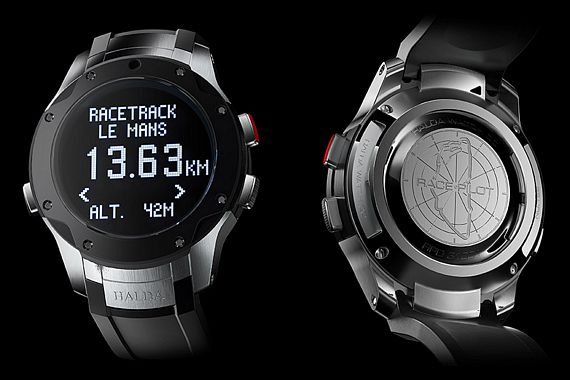 Most watches built for racing aren’t much different from other sport watches, getting just a fancy chronograph for counting lap times and an automotive-inspired design.  The Halda Race Pilot Watch takes things up a notch, bringing advanced functions intended to make a difference in the tracks.

What kind of race-specific functions does the watch come with?  For preparations, it has a Racetrack mode, which displays vital information about 150 of the world’s most popular race tracks.  There’s, of course, a racing chronograph that measures lap times and average speeds (down to 1/100 of a second) of not just one, but two vehicles at a time.  And the bounty doesn’t end there, with a race countdown mode, a FIA Formula 1 countdown and an alarm sound designed to be audible above the roar of powerful engines, so you can hear your alerts while inside the car.  Granted, there’s probably not much use for this if you do all your racing in a Cruden Hexatech, but who knows? 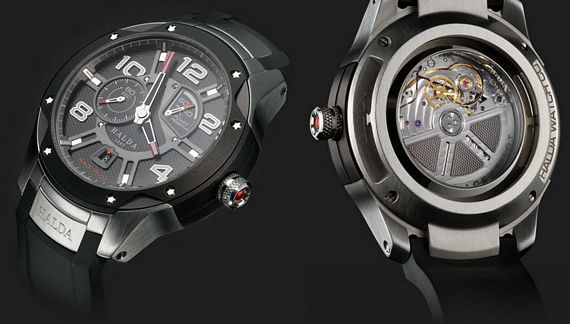 The Halda Race Pilot Watch achieves that gamut of features because it separates the race functions completely from the time-telling functions.  That’s right, the watch case with the Race Module is separate from the one designed to tell the time.  Instead of cramming everything into one interface, they decided to split it, allowing you to switch use of the watch from a regular timepiece to a racing gadget by simply swapping watch cases.

The time-telling case, called the Mechanical Module, is an analog watch with Zenith movement, a Hesalite Crystal cover, and a decidedly sporty design.  Both case variants are constructed from titanium with a black DLC treatment.

No pricing listed on the website for the Halda Race Pilot Watch, but you can contact the company directly for orders.  It’s available now.