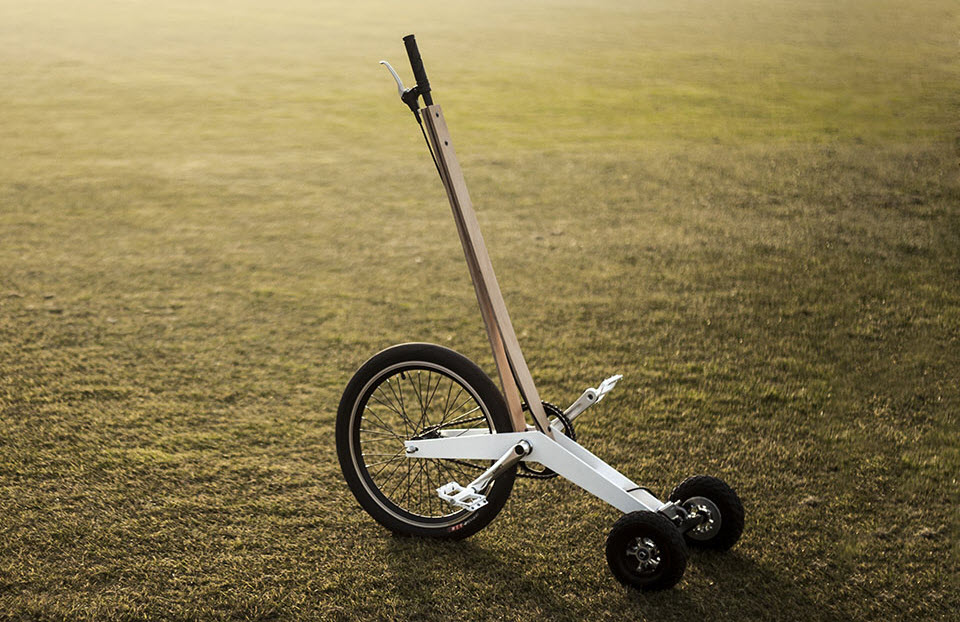 Imagine a Segway (okay, an electric Vespa Segway).  Take away the electric drivetrain, replace it with a bicycle’s gear mechanism, and make the riders stand on the integrated pedals rather than a designated footpad.  That’s exactly what they did with the Halfbike.

We’re not exactly sure how to describe it.  Is it a trike with neither a seatpost nor a handlebar?  is it a manual Segway?  Is it a toddler’s bike that’s been rigged to ride full grown adults upright?  Suffice to say, it’s an interesting type of mobility device that’s going to offer an entirely new way of getting around urban spaces. 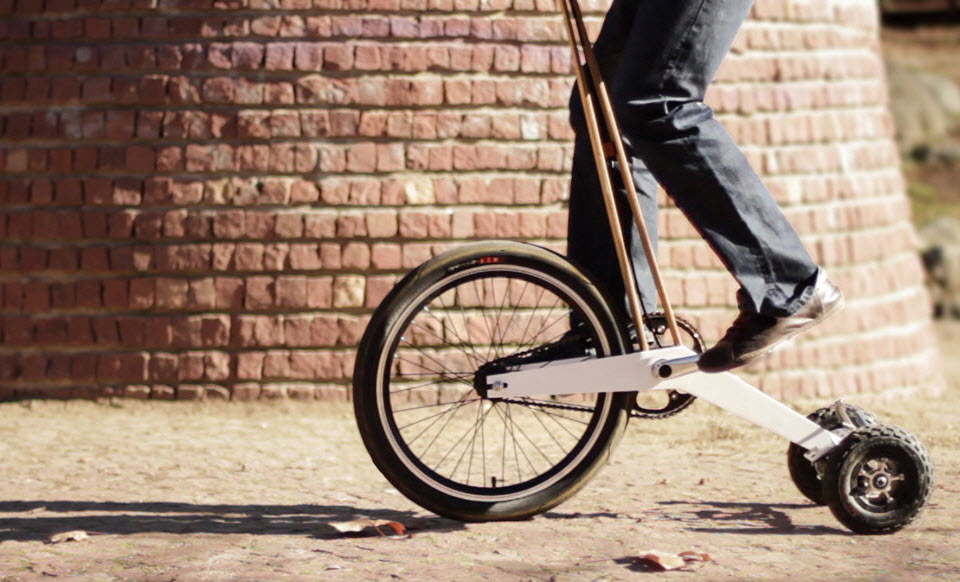 Billed as “a vehicle that combines running and cycling,” the Halfbike is designed to be ridden standing, just like when you’re trying to pick up speed on a bicycle and decide to get on your feet so you can pedal at a higher pace.   Instead of using handlebars to steer, you simply lean into the desired direction similar to Segways and other personal transport machines.  It’s compact enough to fit into public transport (it doesn’t fold though, so it could be awkward to carry), light enough (17 pounds) to be towed up the stairs, and can even fit in the elevator, in case you want to park it right by the entrance to your office cubicle. 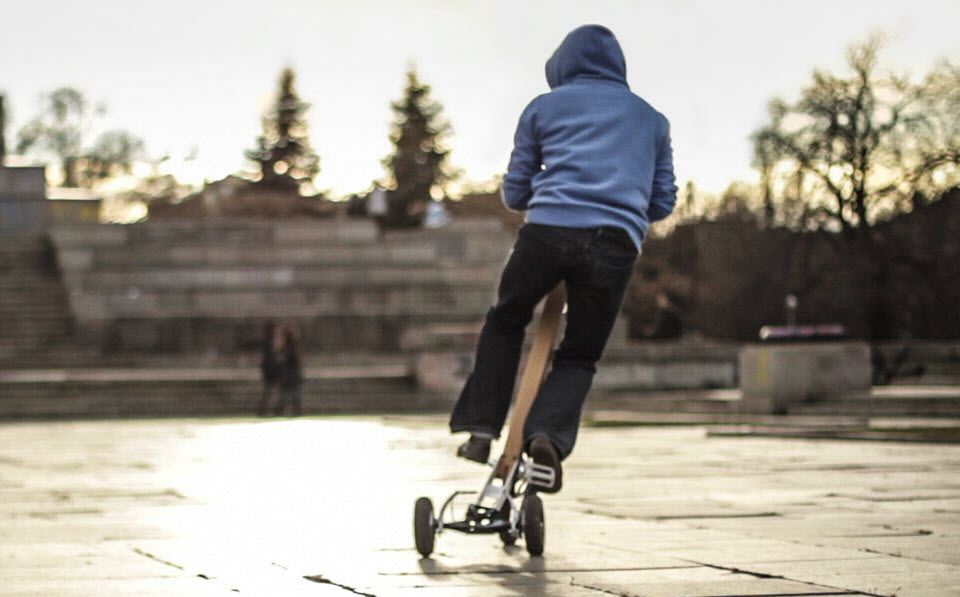 Construction is aluminum for the frame and plywood for the stem (which functions as the bike’s handlebars for grabbing onto while you ride).   It can support riders between 5’2” and 6’4”, provided they weigh 230 pounds or under.  Now, if we can only retrofit a Rubbee in there to give it an electric drive, it’s going to be even more awesome. 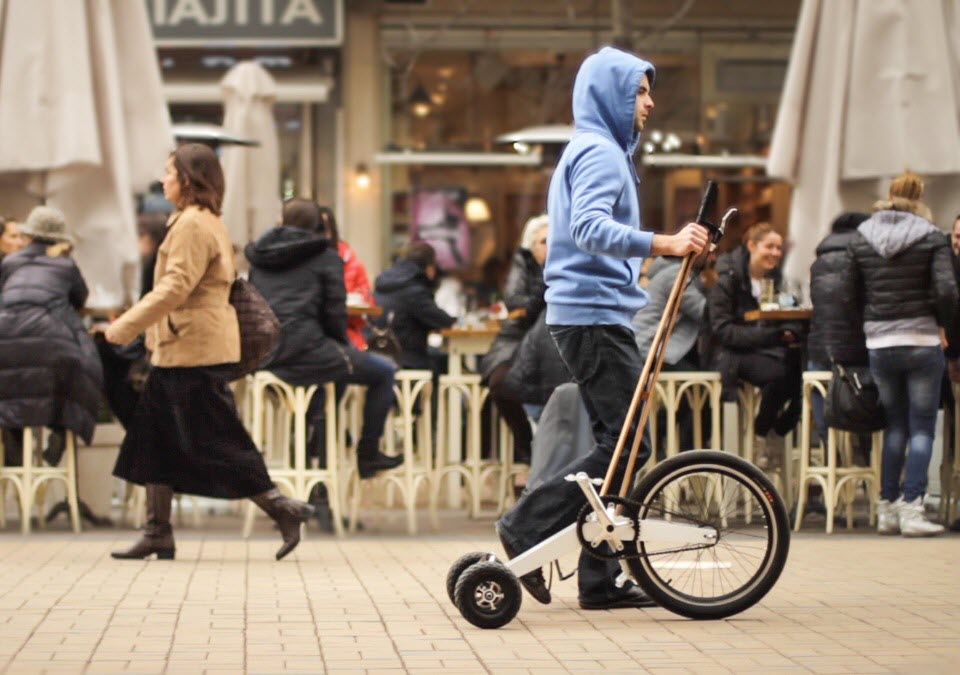 A Kickstarter campaign to fund a production run is currently ongoing for the Halfbike, with pledges to reserve a unit starting at $899.