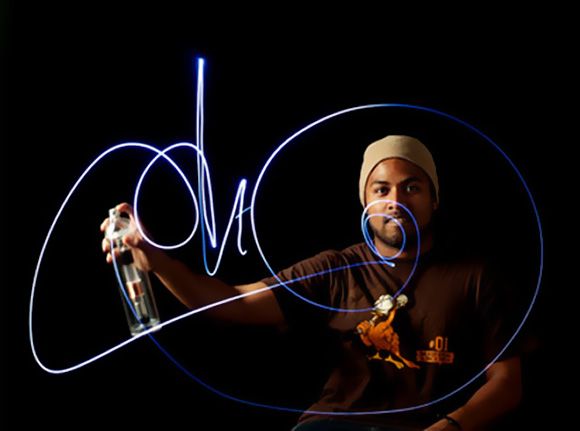 Want to show off your tagging skills without real paint?  Change your medium to LED-powered graffiti with Halo, an aerosol-like can that lets you “spray” light on the air for some short-lived art.

When used with slow-shutter photography, Halo lets you capture creative images that mimic street graffiti, drawn with multi-colored LED lighting panels.  While you should be able to do the same thing with most any type of LED-fitted implements, the spraypaint form factor should feel most natural to street artists trying to practice their craft. 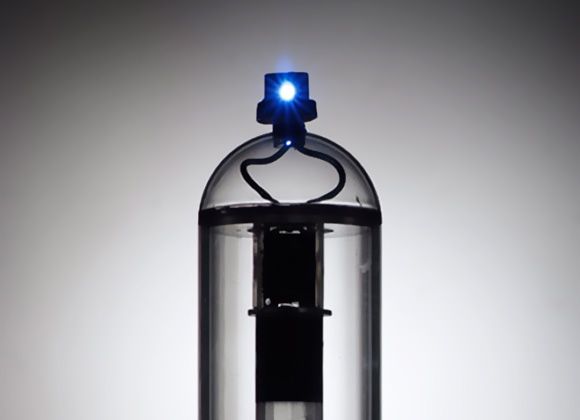 Created by French designer Aissa Logerot, Halo can beam lighted images in various colors, all from a single can.  It runs off a battery panel installed on the body, with a built-in kinesthetic charging facility.  The off-the-grid charger is especially creative, allowing you to recharge the battery by shaking the can when color stops coming out of the nozzle – just like real spraypaint.

Since it can’t create enduring (till it gets painted over) works of art like real paint, Halo isn’t likely to endow you with the same street-cred that defacing a prominent facade will be able to do.   Instead, you get a potentially cool implement for fashioning visual art, both on film and on a live stage, no matter how fleeting the resulting display might be.

The LED-powered art tool is currently a concept with no immediate plans for commercial production.