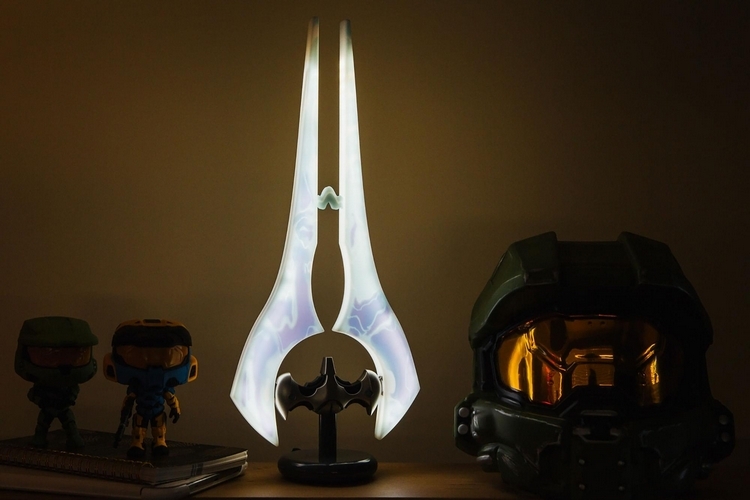 This month, Halo: Infinite finally came out and, unlike many new game releases nowadays, it’s actually good right off the bat. From the single player campaign and the multiplayer that came out just a few weeks earlier, it’s a fitting celebratory release for the franchise’s 20th anniversary. Whether you dive into Master Chief’s adventures on the desktop PC in the bedroom or the Xbox in the living room, the Halo Light Up Energy Sword Desk Lamp offers the most fitting illumination to accompany your games.

A LED lamp clad in the likeness of the Type-1 Energy Sword, it lets you properly set the mood in the room with the traditional Sangheili weapon, so your home can feel a bit more like the year 2560 while you explore Zeta Halo, destroy Banished propaganda towers, and clear enemy operating bases in the franchise’s newest installment. Whether you’re a longtime disciple of Master Chief from the original Xbox days, a new fan who enjoys the game’s fast-paced futuristic gunplay, or just someone who appreciates a good gaming collectible, this thing offers a functional accent light that won’t look half bad on shelves, side tables, and night stands alike. 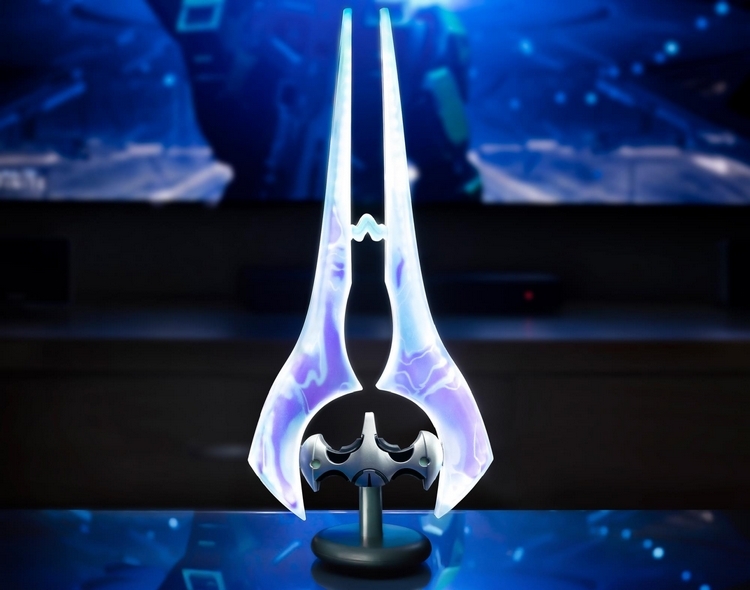 The Halo Light Up Energy Sword Desk Lamp recreates the iconic double-bladed weapon from the game in the form of a portable lighting fixture that you can set down on a flat surface right next to you while you play.  It’s built to 1:3 scale, so it’s far smaller than the actual weapons those superhuman soldiers wield in the game, but at 14 inches in length, the darn thing sure makes for quite a substantial display piece all the same.

While it’s not made from superheated plasma (and, thus, won’t destroy your enemies in a similarly devastating manner), it does recreate many other elements of the in-game weapon, from the scythe-like blades and the horizontal hilt to the sharp tips that make it absolutely devastating in close-range encounters. Of course, it delivers a similarly formidable glow just like the original weapon from the game, albeit with the light coming from integrated LEDs instead of superheated plasma. 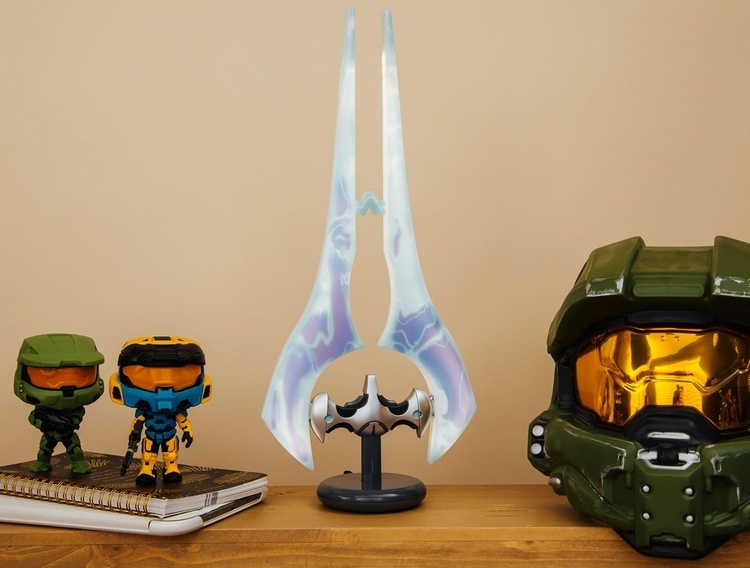 The Halo Light Up Energy Sword Desk Lamp doesn’t use battery power like the one you see characters use in the game. Instead, it hooks up to a power source via a USB connection, so you can keep it right next to your PC or console by simply plugging it to an available USB slot. Oh yeah, make sure you use the supplied cable (and never lose it), since the power switch is integrated inline, rather than on the lamp itself. 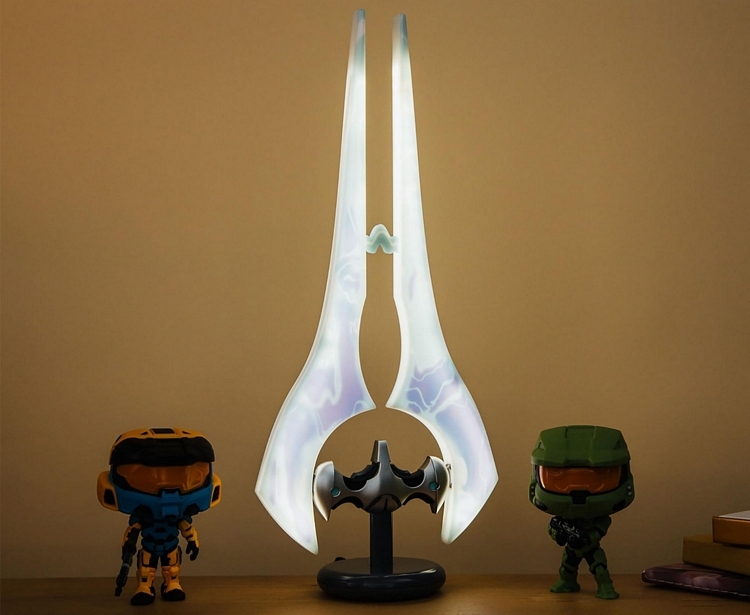 Do note, the sword is affixed to a round flat base, so you won’t be able to take it off and use it to pretend you’re Master Chief while doing swordplay. Needless to say, you won’t be able to use it to fend off aliens when they come to invade, too, so it’s just a really, really nice collectible that’s bound to please any Halo fan.

The Halo Light Up Energy Sword Desk Lamp is available now, priced at $69.99.