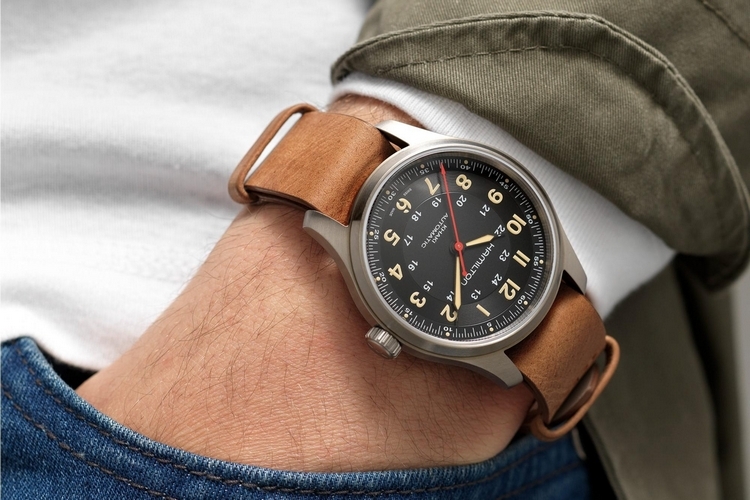 There’s a long tradition of watches being prominently featured in films, from numerous Submariners and Seamasters in old James Bond movies to Ripley’s A100 from Alien and Guigiaro in the Aliens sequel. And yes, there’s a whole lot more of them. The Hamilton Khaki Field Titanium Far Cry 6 Limited Edition looks to bring that same tradition to video games.

A collaboration between Hamilton and video game publisher Ubisoft, the timepiece is a real-world model of a Hamilton watch that’s featured in Far Cry 6. That way, you can wear a watch in real life the same way your character, Dani Rojas, wears it in game, allowing you to style yourself with some video game drip for a change. 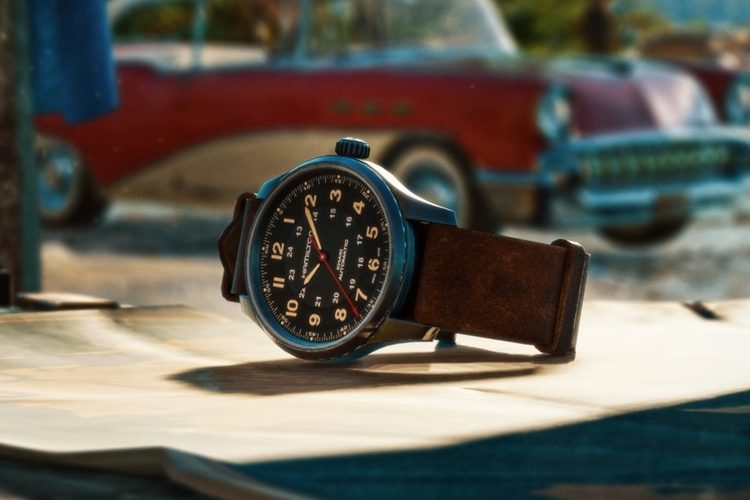 The Hamilton Khaki Field Titanium Far Cry 6 Limited Edition is a special version of the outfit’s automatic titanium timepiece from last year that’s been reinforced with carefully selected details to give it a distinct character in the game. It uses the same 42mm brushed titanium case as the original watch, which should make it tough enough to survive the revolution-fueled violence in the Carribean island of Yara, all while having enough water resistance to stay intact in depths of up to 328 feet, so you can swim your way out of the island if you need to escape. Too bad, it won’t keep off the sharks (or the fatigue from swimming for a long time), but you still might survive.

It has a black vinyl dial with a matte center and a split marker at the six o’ clock that mimics the game’s typography, while the seconds hand is clad in a red lacquered marker to represent the island nation’s guerilla forces. The rest of the dial looks pretty standard to the Khaki Field model, with seconds indicators on the outer edges, small 24-hour markers, and large 12-hour markers in an aged SuperLuminova color. 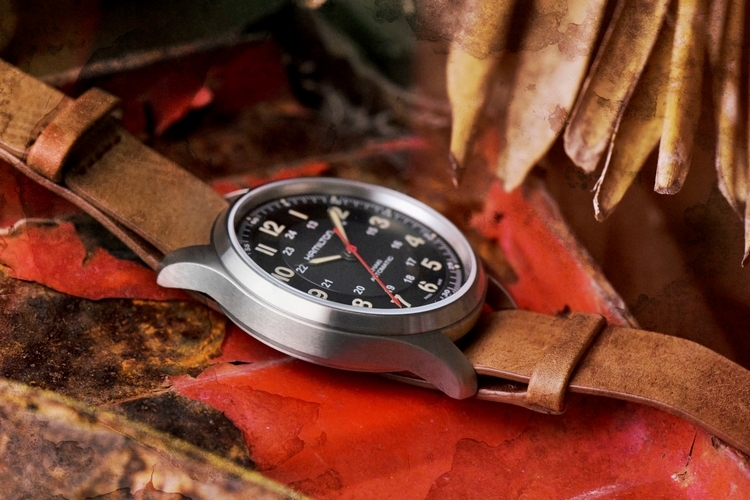 The Hamilton Khaki Field Titanium Far Cry 6 Limited Edition uses an ETA-based H-10 automatic movement, which features a sapphire crystal, an 80-hour power reserve, and a magnet-resistant Nivachron balance spring. It also has a skeletonized rotor that’s viewable from a rear display window, in case you’re someone who enjoys watching timekeeping movements do their thing. It comes with two straps: a brown leather NATO strap that serves as the default and a brown nubuck leather strap for backup. It uses a 20mm lug width, so there’s a ton of aftermarket strap options available out there, too. 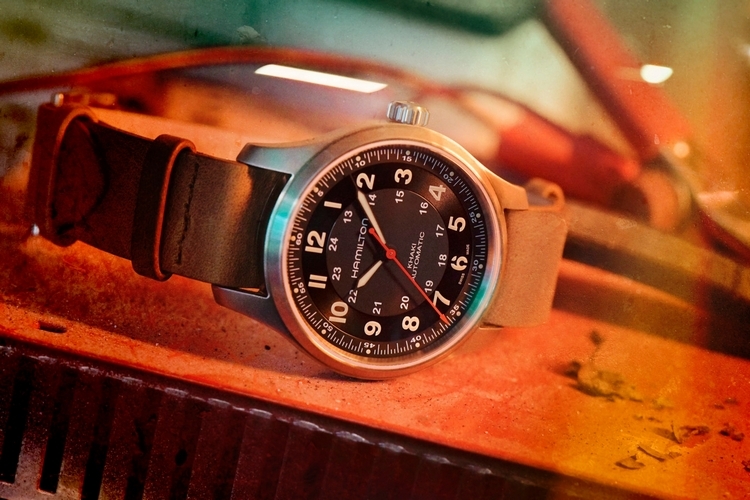 Since the game hasn’t come out yet (it drops October 7th), you probably don’t know how the watch figures into the game. Well, according to the press release, it’s supposed to be a bespoke timepiece in the game that your character will receive upon completion of a guerilla mission. When worn, it will give the character a “keeps on ticking” function that improves personal defense during sprints and allows them to get out of danger much quicker, making it a useful asset to have in your inventory as you liberate your country. Or something like that (we’re not sure), since we haven’t played the game yet, either.

Only 1983 examples of the Hamilton Khaki Field Titanium Far Cry 6 Limited Edition will be made. Price is $1,195.