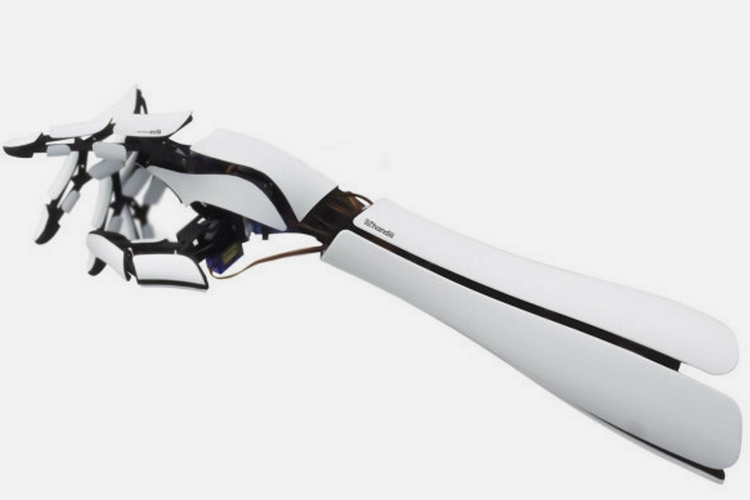 People have been engineering cybernetic arms that can be controlled using muscle signals for a while now (we’re actually far enough that the advanced ones have even gained the sense of touch). So far, though, they’ve remained inaccessible to a great part of the population due to cost constraints. That could change with the introduction of Handiii, a $300 prosthetic robot arm.

Like existing products in the market, it’s designed to read muscle signals on the connected stump, which it interprets into a corresponding action. Unlike them, it leverages modern technology that allows the company to drive the product’s cost to previously-unrealized levels.

How? Handiii has an exterior that’s completely 3D-printed, making it cheap to both fabricate and repair. Heck, if you can get your hands on a model file, you can print replacement parts yourself; if you know your way around CAD, you can even customize it into whatever you want the arm to look like. Rather than house an onboard computer, it leverages your smartphone’s processing power via an accompanying app that handles the conversion of muscle signals into the arm’s corresponding actions. An EMG sensor detects the electrical impulses emanating from the skin surface, with a series of motors (only one motor per finger, which further cuts costs down) on the prosthetic carrying out the commands.

The catch? There’s already a long backlog of existing preorders for Handiii, so it’s going to be a while before they get it into mass-production. If it can really work as well as existing $10,000 cybernetic arms, though, the thing could be a genuine game-changer.