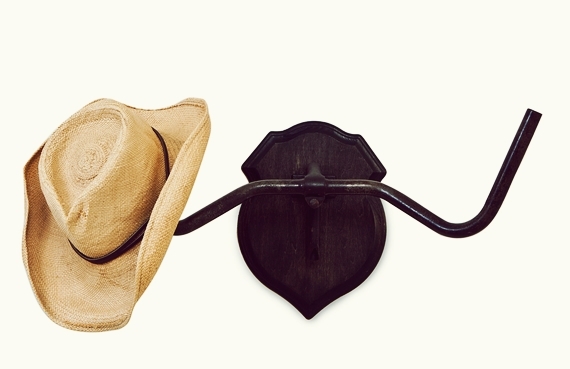 Trophy heads are awesome.  They give your wall something nice to look at, while also doubling as a coat rack if you don’t mind hanging your jacket on a taxidermied deer’s antlers.  If you’re not quite fond of having formerly living creatures mounted up your living room wall, however, these Bicycle Handlebar Trophy Heads could serve as both an equally aesthetic and functional alternative.

Made by Hilary Nagler, these wall pieces give your wall something striking to adorn it, all without the stigma of trophy hunting if you’re not quite into that sort of thing.  It kind of surprised me how striking an old bicycle handlebar could look when mounted on a wooden plaque, but, darn, it sure as hell does.  Plus, it’s way more appropriate for an adult home than those inflatable animal trophy heads that you had mounted on your dorm room walls. 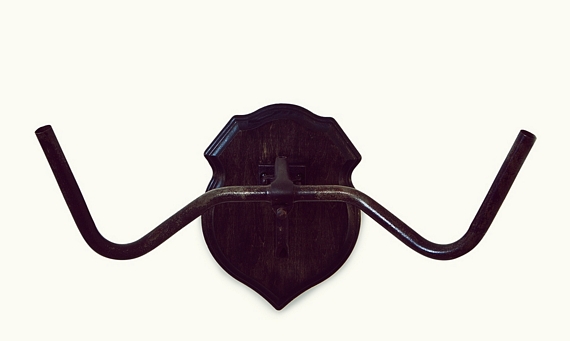 Originally created as an homage to Picasso’s Bull’s Head sculpture, the Bicycle Handlebar Trophy Head has evolved into a regular thing for the artist, who builds each one by hand using basswood for the plaque and a salvaged vintage Schwinn handlebar as the showcase piece.  Since the handlebars are shaped similar to an animal’s horns, it somewhat evokes a similar feel to trophy heads (minus the stigma of a dead animal, of course), apart from giving you a convenient place to hang coats, jackets, and hats.  It measures 23 x 9 x 16 inches and weighs 5 pounds.

Available as a made-to-order item (so it requires a three week turnaround), the Bicycle Handlebar Trophy Head retails for $260.