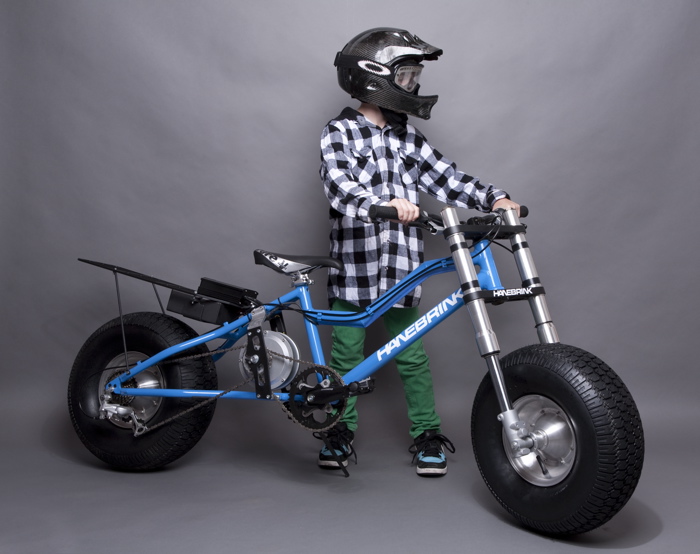 When a bicycle maker says, “We are not trying to replace standard bicycles, we want to replace cars and trucks,” it’s hard to ascertain whether they’re serious or just bragging off their ass.  A worthy argument for the former, however, can be made for the Hanebrink Electric All-Terrain Bike, a custom-built piece of pedal pusher designed for a multitude of off-road situations.

The brainchild of six-time MTB national class champion Dan Hanebrink, the vehicle takes a very clear departure from the traditional styling of most mountain bikes.  The most telling difference, of course, are the chunky, fat tubeless tires, whose eight inches of breadth makes them the widest tires used in any bicycle today. 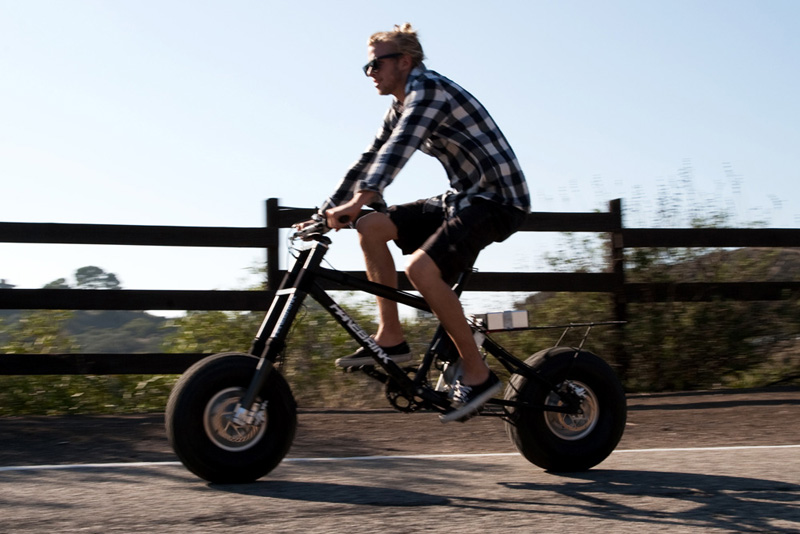 The Hanebrink Electric All-Terrain Bike is a pedal-assisted two-wheeler meant for a variety of recreational uses — whether in the city or in the wild.  It has a 600-watt brushless electric motor positioned just above the pedal crank, optimizing the bike’s center of gravity for tighter turns, better stability and more rapid weight shifting.  On pure electric mode, it can run top speeds of up to 20 mph; with pedaling muscle from the rider, it can get up to 35mph.  Onboard battery will power the motor for up to an hour on a single charge. 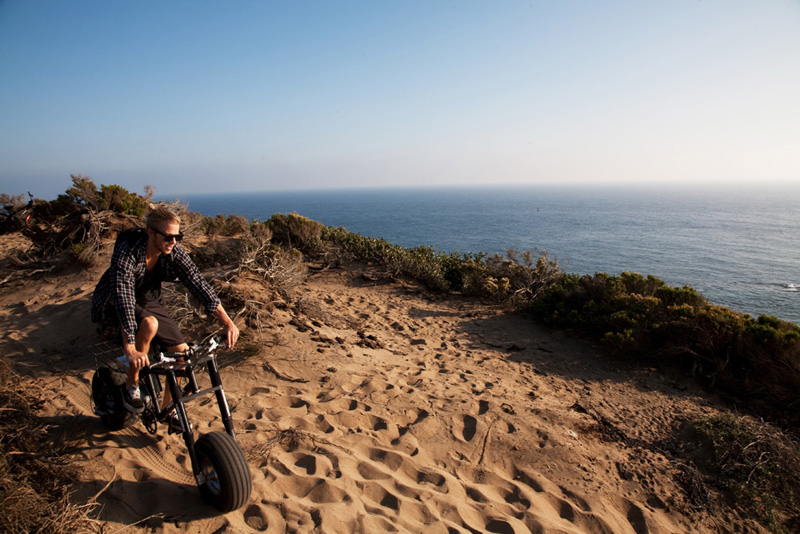 It has a dual-range 14-speed gear, tuned to serve a wide variety of applications on unusual terrains (including carrying up to 300-lbs of cargo up a steep path).  Other details include a 6061-T6 aircraft seamless aluminum tube frame, hydraulic disc brakes, carbon fiber bars, a 10-inch adjustable travel fork, an 8 x 21 aluminum rear rack and a carbon fiber seatpost.

All that and it looks incredibly stylish, too.  The Hanebrink Electric All-Terrain Bike is only available made-to-order, with prices starting at $5,500.