Hang A 2010 Google Calendar On Your Wall 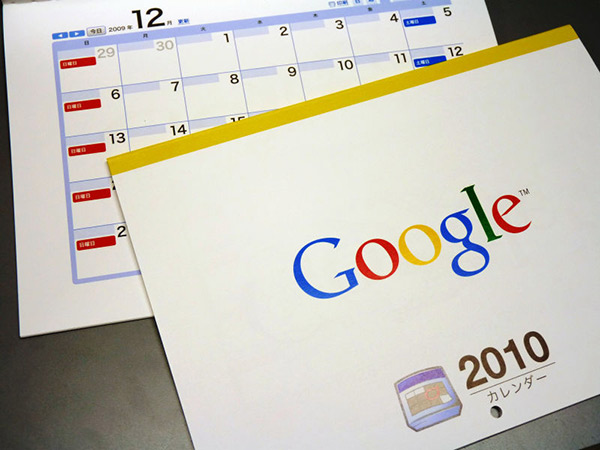 The Online Google Calendar is plenty useful, but for a lot of people (me included as I still prefer a daily planner over something digital) a physical calendar is just easier to use.  Don’t give me that look, either – even the gadget-obsessed Japanese thinks so.  Want proof?  Check out this real, physical, printed-on-paper 2010 Google Calendar.  Whaaaaat?

Yep, Google Japan has gone all real-world on us and produced an alternative to the online-only Calendar application.  No Google account needed to sign into; no browser required;  and no Google Gears for offline access.  Just a real calendar that you can stick to your wall and doodle notes with a pencil on.  Even without internet. 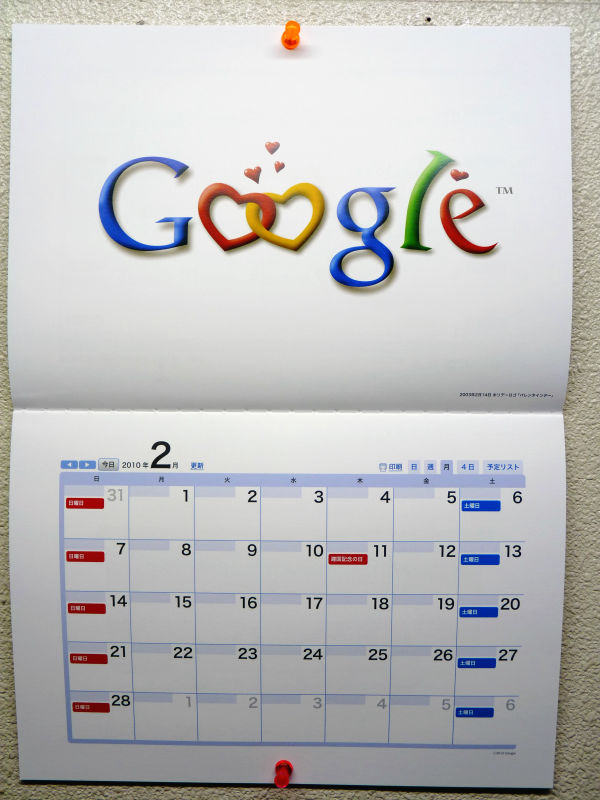 The 2010 Google Calendar comes with 12 inside pages that measure 12 x 8.5 inches each.  It opens upwards to reveal a calendar sheet for each month on the lower panel and a themed Google graphic above (printed on the underside).  The logo is designed to incorporate an important event from the corresponding month, such as tigers for January (2010 is the Year of the Tiger), koi kites for May (Children’s Day) and ghosts for October.

Calendar makers should be shaking in their boots.  Not only is Google taking after mobile phones (with the Nexus One) and netbooks (with ChromeOS), they’re now officially competing in the calendar-making space too.  Where will the expansion end, Google, wheeeeere?!?

Sent to mediafolk in Japan (at least, that’s what I gather from the Gigazine piece), the 2010 Google Calendar is probably a promotional item for the New Year’s, rather than an actual product you can buy in stores.  I seriously hanker for one, though, not more than I want a Google phone.