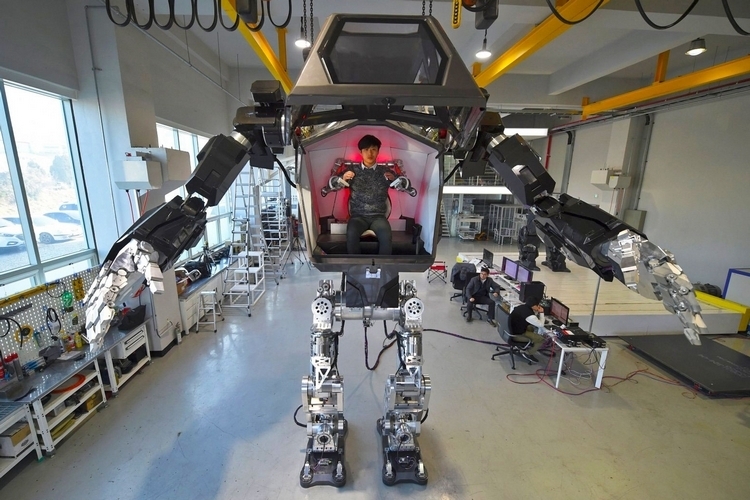 No, our Robotech future isn’t likely to happen for many, many years. I mean, our very first USA vs. Japan mech battle isn’t even set to happen for a very long time. That doesn’t mean we don’t have awesome robots in the here and now. South Korean robotics outfit Hankook Mirae’s Method-2 is definitely one of those fantastic automatons.

Designed by Hollywood effects designer, Vitaly Bulgarov, whose dossier includes Robocop, Terminator, and Transformers, it’s an industrial manned robot designed to operate in hazardous environments where people are unable to go without suitable protection. The idea is, the operator will pilot the mech from the cockpit in its torso, directing its legs to walk towards any direction and its giant arms to perform any variety of actions.

The Hankook Mirae Method-2 stands a towering 13 feet tall and weighs 1.5 tons, with a bipedal design that resembles the military robots from 2009’s Avatar. And, yes, it’s intimidating as heck, with giant arms that weigh 286 pounds apiece and footsteps so heavy that the ground shakes with each of its stride. Do note, the robot is only one year old, so it’s still in the early prototype pages. As such, it only operates while tethered to a power source, all while walking on somewhat wobbly legs.