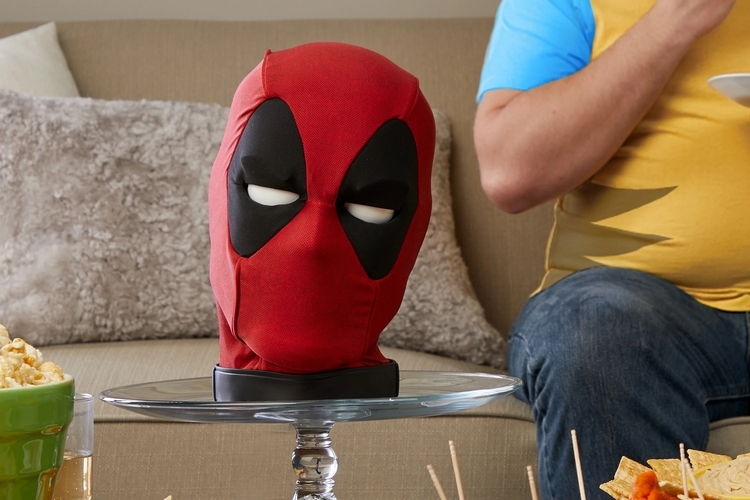 There’s no shortage of contemporary toys that play pre-recorded messages depending on how you interact with it. If you pat it on the head, it says one thing. If you pull it up by the arm, it says another. The Hasbro Marvel Legends Deadpool’s Head does, pretty much, the same thing. Except, you know, it’s Deadpool’s head. Without a body. And it says all the dastardly things that made the foul-mouthed comic book hero such a beloved character.

No, it doesn’t use any of the lines from the two Hollywood Deadpool movies, so you won’t be listening to ugly Ryan Reynolds dole out witty banter every time you play with this thing. Instead, they use all-new lines of dialogue, which is even better, since you probably know all the movie lines by now after the fourth time you watched them. Sadly, they didn’t sign up Reynolds to do the job, although the voice actor does sound a lot like him, so Deadpool still sounds like the Deadpool you know and love. 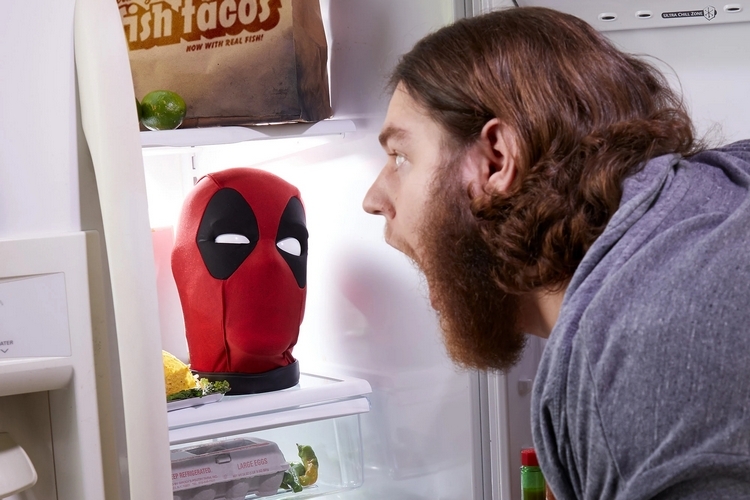 The Hasbro Marvel Legends Deadpool’s Head is a life-sized head of the Marvel superhero. Yes, it’s just the head and the neck propped up on a circular base, so it’s like someone cut off his head and served it to you on a platter for playing with at home. It’s freaky. What’s even freakier is the darn thing is animated, with the head able to move in different directions (that’s why it has a neck) and the eyes able to open, close, and squint to varying degrees. So while it doesn’t move its mouth while talking (because, you know, Deadpool’s mask doesn’t have one), the cleverly-programmed eye and head movements enhance whatever outrageous quip is piping out of Deadpool’s internal speaker. 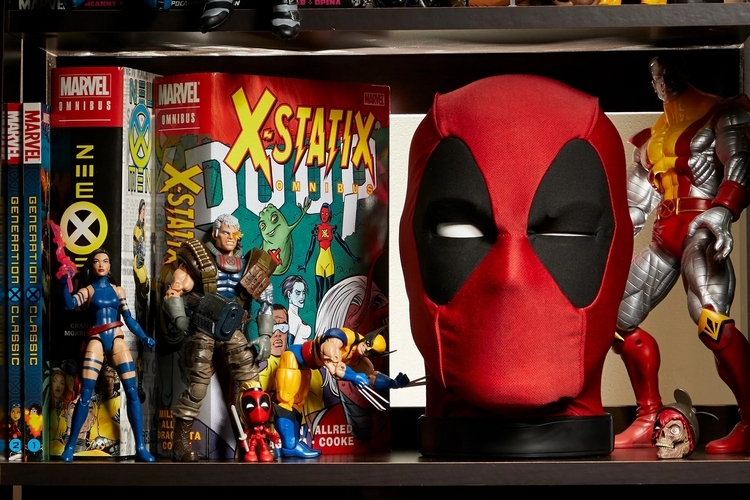 Over 600 lines of pre-recorded dialogue and sound effects are built into the toy, from piercing insults and glorious outbursts to angry threats and clever one-liners, many of them taken straight off the pages of Marvel Comics’ catalog. The lines the head choose to spout will depend on how you interact with it, which it detects using the onboard sensor array. From what we can tell, there’s obviously a six-axis accelerometer on there, along with some touch sensors, although there’s no official list of the installed sensors, so you’ll just have to play around with it to figure things out. 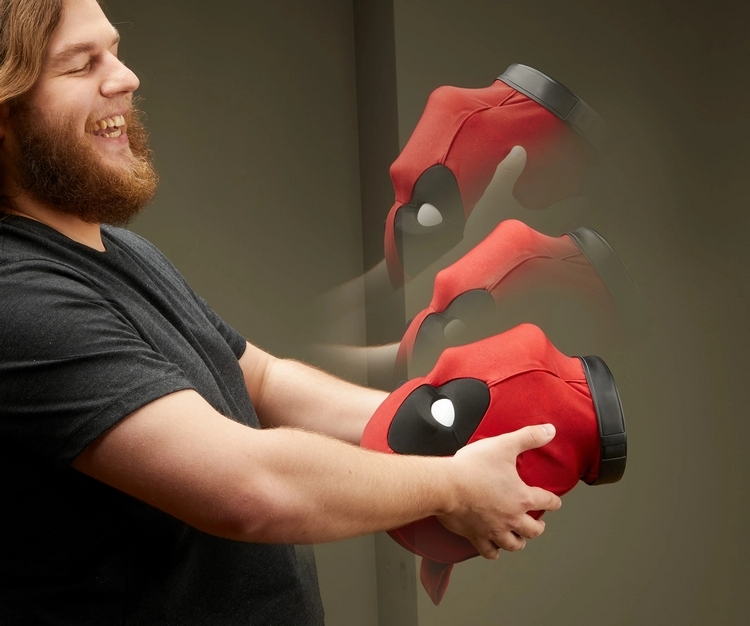 In case you get bored with the 600 pre-recorded sounds, the Hasbro Marvel Legends Deadpool’s Head also comes with a companion app that you can use to have it play even more dialogue. Even better, the app sorts out the lines in 11 different categories, allowing you to drill down just a bit what dastardly things peep out from the merc with a mouth.  That’s right, you can make it talk about news, X-Men, food, and bedtime, as well as have it break into outbursts, insults, threats, jokes, greetings, and farewells. There’s also a category called “Selfies,” although we have absolutely no idea what kind of things he’ll say if you press that.

The Hasbro Marvel Legends Deadpool’s Head is now on preorder, priced at $99.99.