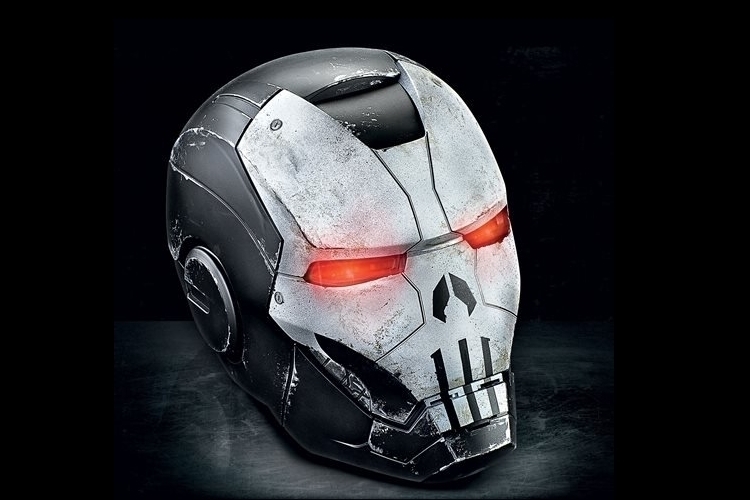 What happens when Tony Stark makes a powered armor suit for New York City’s most violent vigilante? If you’ve ever played the Marvel Future Fight mobile game, it’s apparently the coolest ever incarnation of Marvel’s War Machine. And Hasbro will let you dress yourself up as the unlikely character with the Marvel Legends Gamerverse Punisher War Machine Helmet.

That’s right, you can strut around the next fanboy convention you attend wearing a War Machine helmet with the Punisher’s logo as its face, allowing you to roleplay as the unlikely-but-oh-so-awesome character mash-up. Just pair the helmet with your regular War Machine costume and you should be looking like a proper Avenger, Defender, or whatever other affiliation this new character finds himself in. 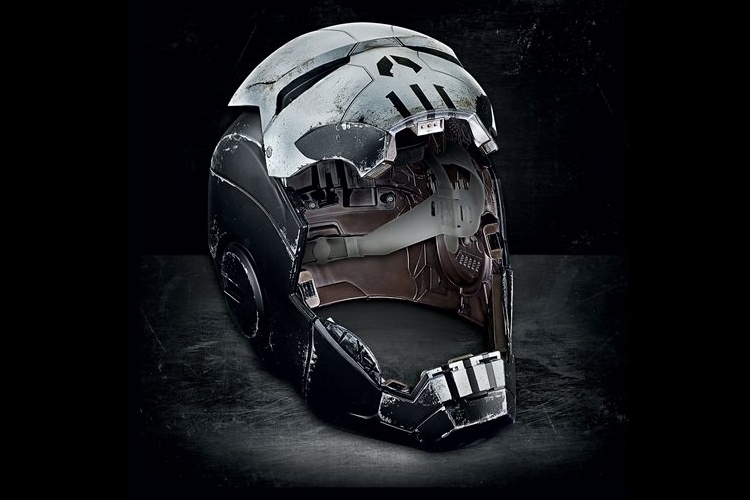 The Marvel Legends Gamerverse Punisher War Machine Helmet is a full-size 1:1-scale headgear, so grown men who like to dress up like superheroes can put it on at their leisure. It’s got all the familiar hallmarks of War Machine’s helmet, so there’s no mistaking it for anything other than a contraption straight out of Stark Industries’ workshops. Of course, it’s got a massive logo of the Punisher out front and center, making its erstwhile heroic-looking appearance look considerably more menacing. That menacing quality becomes especially pronounced, by the way, once you get an idea about just how many ways to kill having a mech suit adds to Frank Castle’s already bountiful arsenal.

It comes painted with a distressed appearance, so it looks like it’s been worn in, at least, a few battles, all while still looking good enough to be taken to a few more. Even better, the magnetized face plate can be easily lifted up (and even detached), so you can show your face, stuff food in your mouth, or take a sip of your favorite energy drink as the need comes up.

The Marvel Legends Gamerverse Punisher War Machine Helmet comes with two glowing red eyes that you can switch on and off at will, with built-in sound effects that get triggered whenever the faceplate is removed and put back in place. You know, so it will sound like everything is happening automatically, the way it does in the Iron Man movies. Both the LEDs and the sounds are powered using three AAA batteries, by the way, so you’ll need to keep this juiced up at all times if you want the animated effects.

It has a finish that replicates the appearance of an advanced alloy material – you know, the kind they only have in movies and comic books, instead of real life, so the darn thing looks as fantastical as the fiction it’s been sourced from. Even interior of the helmet is filled with plenty of detail, making it look like it’s filled with complex circuitry, instead of just some fittings that allow it to fit on your head in a stable manner.

Want one? Of course, you do. The Hasbro Marvel Legends Gamerverse Punisher War Machine Helmet will come out in October. It’s now available for preorder, priced at $99.99.