Bring All Three Cinematic Peter Parkers To Your Collection With The Marvel Legends Series Spider-Man: No Way Home Pack 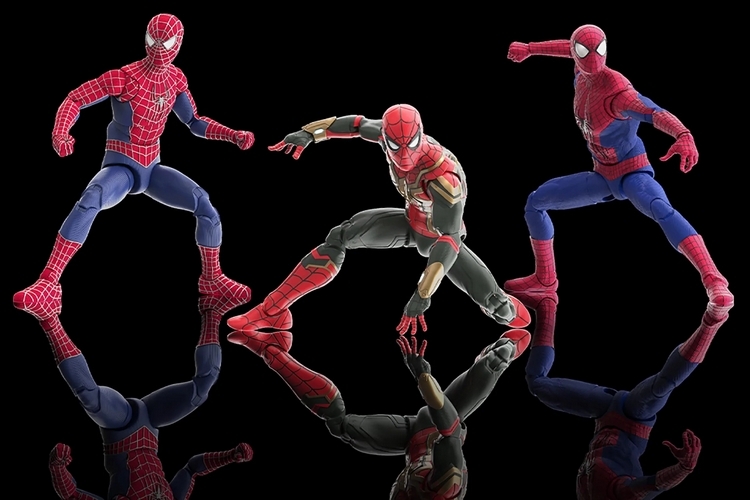 Seeing all three cinematic Peter Parkers share the same screen made last year’s Spider-Man: No Way Home a whole lot of fun. Problem is, you no longer want to play with your Spider-Man action figures unless you can go to battle with a trio of wall-crawling webslingers. Don’t worry, Hasbro Pulse has you covered with the Marvel Legends Series Spider-Man: No Way Home Pack.

Yes, you can buy three separate Spider-Mans and pretend you’ve got one each of the three cinematic Peter Parkers from different universes. While that works when paired with a little imagination, you won’t quite get the distinct look of each character from the movie, making your tabletop Spider-Man multiverse recreation feel just a little scuffed.  That won’t be a problem with this set. 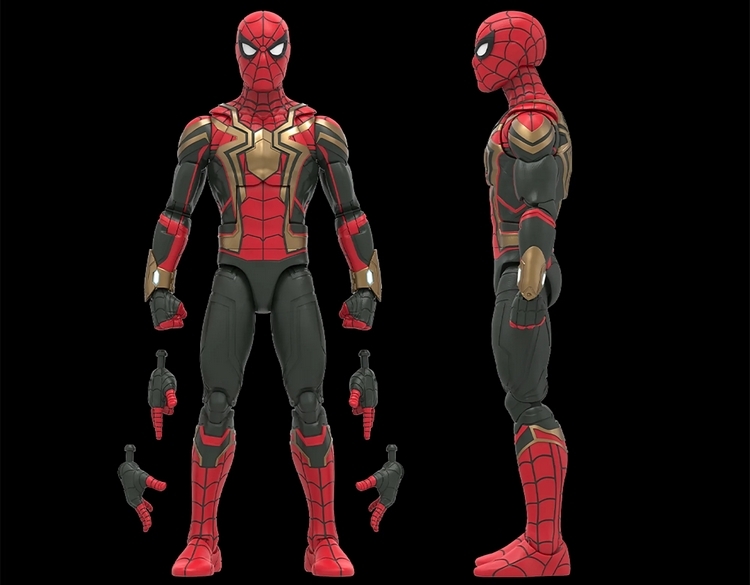 The Hasbro Marvel Legends Series Spider-Man: No Way Home Pack bundles three action figures of the Web-Slinger, each one suited up to look like a different Spider-Man from the film. There’s Tobey Maguire’s Friendly Neighborhood Spider-Man with his classic attire, Andrew Garfield’s Amazing Spider-Man with the darker webbing on the outfit, and Tom Holland’s MCU Spider-Man with the fancy nano-tech threads. Each one gets additional decorative accents to highlight the details of each suit, which should make it just that much easier to distinguish between the different versions of the superhero.

Do note, you will have to distinguish between each one strictly with the outfits, since none of the figures come with unmasked heads that will let you identify them through their faces. Each figure stands at the same six-inch height, too, so you won’t be able to identify MCU Spider-Man by looking for the shortest Spidey in the group. Then again, all three are barely a few inches apart, so it’s probably best to keep it uniform for the toys. 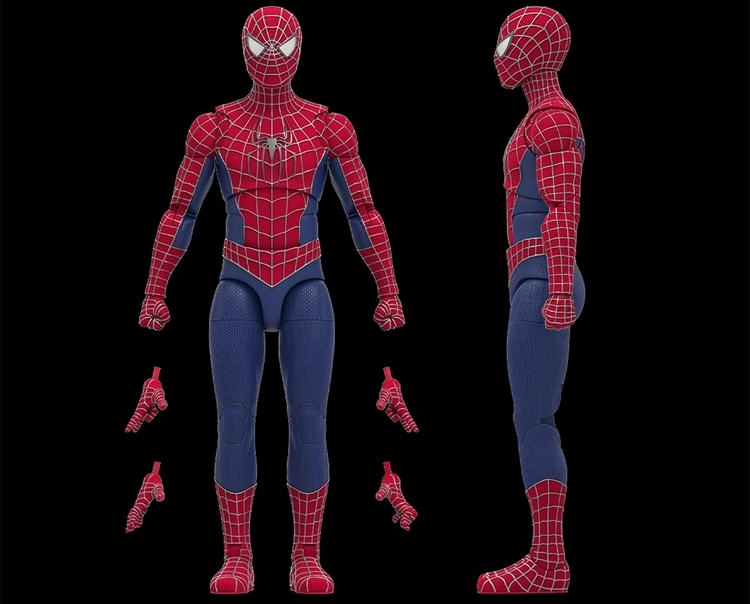 The Hasbro Marvel Legends Series Spider-Man: No Way Home Pack’s action figures come highly-articulated, so you can pose their heads, necks, shoulders, elbows, wrists, upper torsos, hips, thighs, knees, and ankles. That means, you can pose the figures in all sorts of ways, whether you want to depict them swinging across the Daily Bugle building together, battling a common opponent, or recreating that Spider-Man pointing at Spider-Man meme. Each figure also comes with three sets of swappable hands that match the characters’ uniform designs, one set with closed fists, one set with semi-open hands (perfect for climbing walls), and one set with two fingers pointing (so you can recreate the meme, of course). 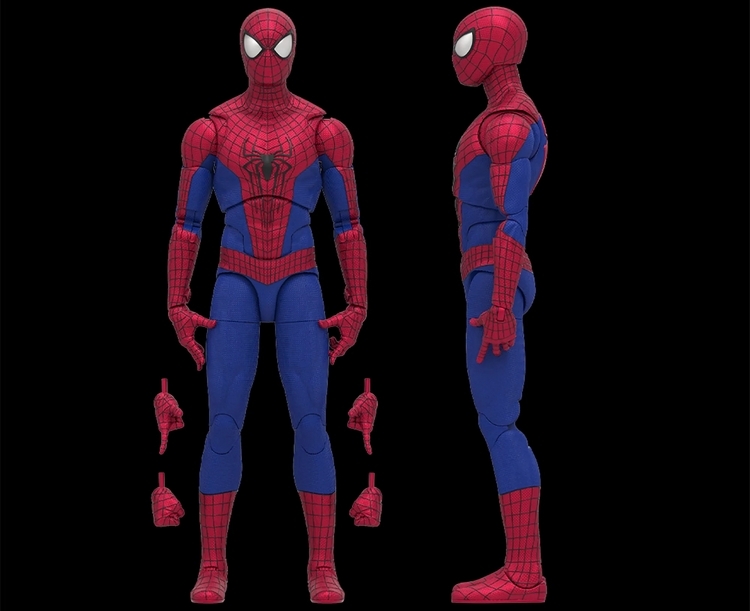 Each character also get an FX piece of web line, in case you want them to look like they’re swinging across the sky or shooting webs. They come with detailed sculpts and paint jobs, too, making for some of the best-looking Spider-Man action figures you’re going to find. Of course, we do wish they added a few more accessories, since the set feels a bit too much Spider-Man and a bit too short on the extras.