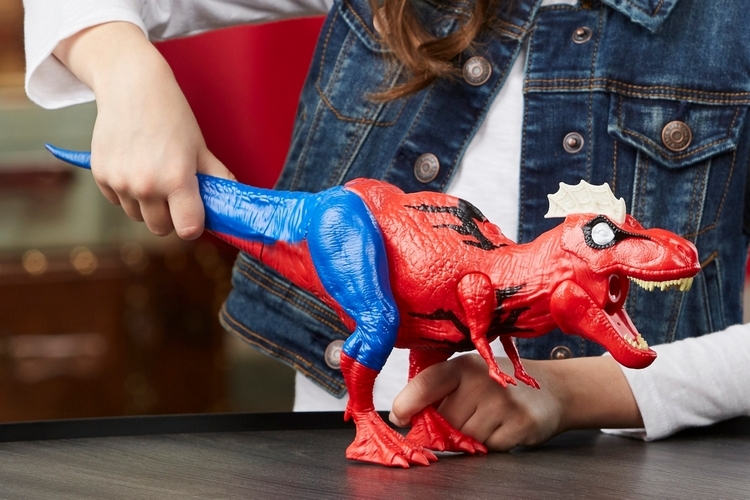 Almost as soon as the character was introduced in Edge of the Spiderverse Vol. 2 #1, we saw Jazwares announce a Spider-Rex costume that’s dropping well in advance of Halloween festivities. A T-rex dressed like one of the most enduring superheroes of all time just makes for perfect merchandising fodder. If you aren’t quite into dressing up like a prehistoric web-slinger, maybe you’ll take more of a liking to the Hasbro Marvel Spider-Man Web Chompin’ Spider Rex.

That’s right, every kids’ true dream is finally here: a superhero dinosaur that can lord it over primordial Earth with god-like superpowers. Whether you want to add a web-slinging superhero to your collection of primitive reptiles, give the Avengers a prehistoric twist straight out of Earth-66, or just delight in one of the coolest, new characters from Marvel comics, this thing should more than scratch that itch. 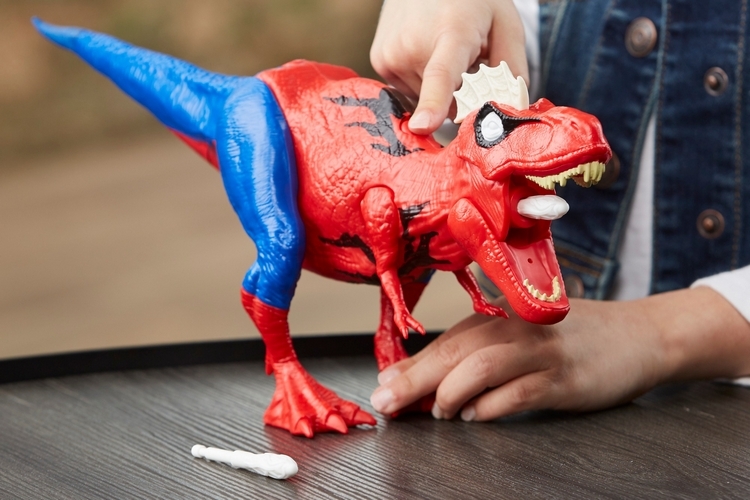 The Hasbro Marvel Spider-Man Web Chompin’ Spider Rex is a 16-inch action figure that looks like a reskinned version of a T-rex that could have easily come out of Hasbro’s Jurassic Park or Jurassic World collection. Except, of course, this T-rex has a mohawk (or a comb, since dinosaurs had bird characteristics, after all), along with large white spider eyes and a skin that resembles Spider-Man’s signature blue-and-red livery. It has articulation on the limbs and jaw, so you can pose it just like all of your other dinosaur toys, allowing you to make it look like it’s going about its day while showing it off on a shelf with the rest of your toys.

Like our universe’s Spider-Man, this Earth-66 counterpart, of course, has spider-like superpowers that give him a leg up over other dinosaurs he may encounter. Specifically, he’s able to “dino blast” a web projectile from his mouth, similar to how this universe’s Spidey shoots out spider webs from his wrists, which you can activate by pushing a button at the base of his tail. 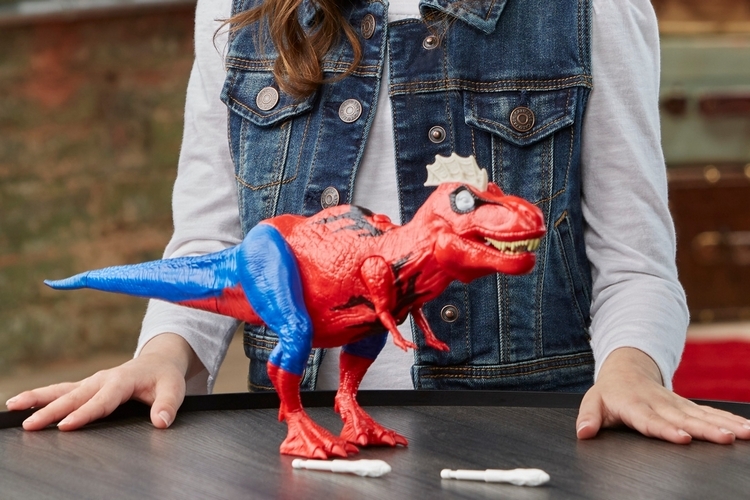 The Hasbro Marvel Spider-Man Web Chompin’ Spider Rex also comes with ten action sound effects that can be activated by pushing the button on the dinosaur’s back. Instead of the sounds of Spider-Man’s witty banter, though, you get your standard dinosaur grunts and roars, which, we guess, is how a dino version of Spidey would communicate anyway, unless the dinosaurs somehow evolved language the same way we did. Of course, anything could happen in the multiverse of madness, so we wouldn’t count anything out. 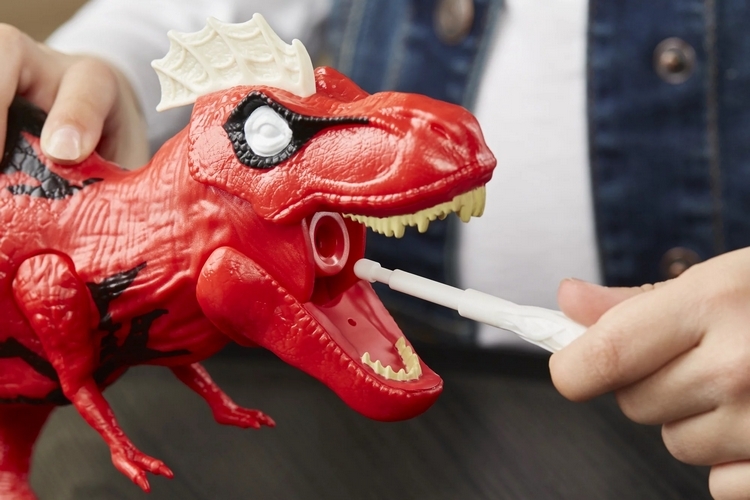 Are we going to see more Spider-Rex toys throughout the course of the year? Very likely, considering the sheer awesomeness of a dinosaur Spider-Man. You’re, basically, corralling two fanbases with one toy. Will we see other dinosaur superheroes in the Marvel universe? We can’t see why not, especially if Spider-Rex turns out to be a miniature treasure trove of merchandising opportunity. With that said, we can’t imagine what a dinosaur Hulk will look like, but we definitely want a big ass toy of that. 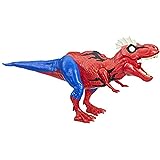