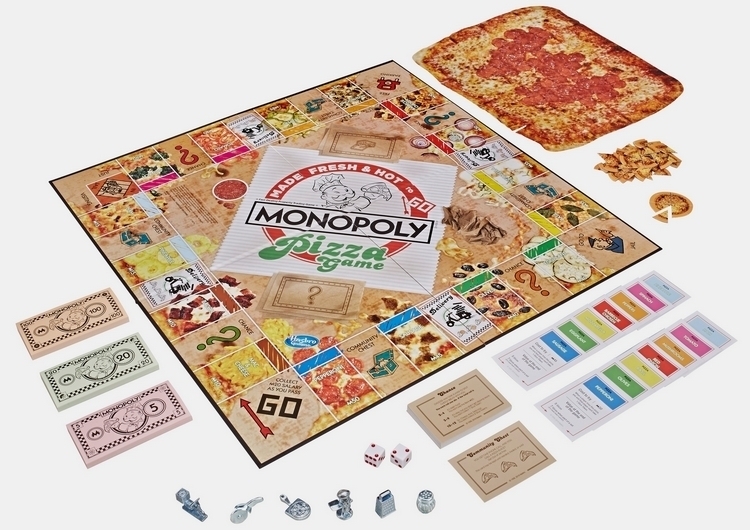 That’s right, it’s a pizza-themed Monopoly board game that trades in the original game’s property-buying activities for collecting pizza slices. Yes, hoarding pizza sounds absolutely ridiculous, but if you’ve grown tired of acquiring properties, developing hotels, and collecting rent from fellow players, maybe all those slices of pizza can make for a nice change of pace. Plus, let’s be honest, buying a lot of pizzas probably mirrors your life a lot closer than property development. 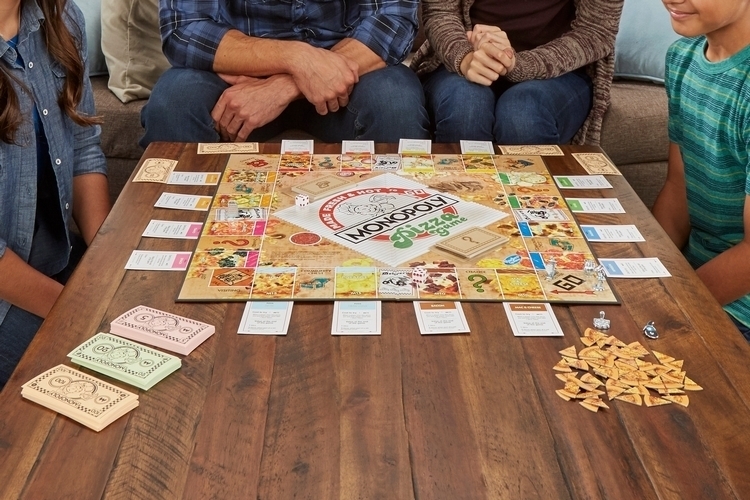 The Hasbro Monopoly Pizza Game replaces the property spaces in the original game with different pizza toppings, such as red onion, barbecued chicken, and even mac-n-cheese (we know, that sounds gross on a pizza), giving you ownership of the indicated topping in the game. Instead of paying rent on your property, players buy pizza with whatever toppings you have when they land on your space. The more toppings you own, the tastier the pizza you can make and the more expensive each slice will become, making it more difficult for other players to be able to afford one. And yes, affordability matters because the main goal of the game is to collect as many pizza slice tokens, with the person owning the most slices being the eventual winner. Of course, everyone knows you don’t exactly win at pizza until you eat it, but we digress. 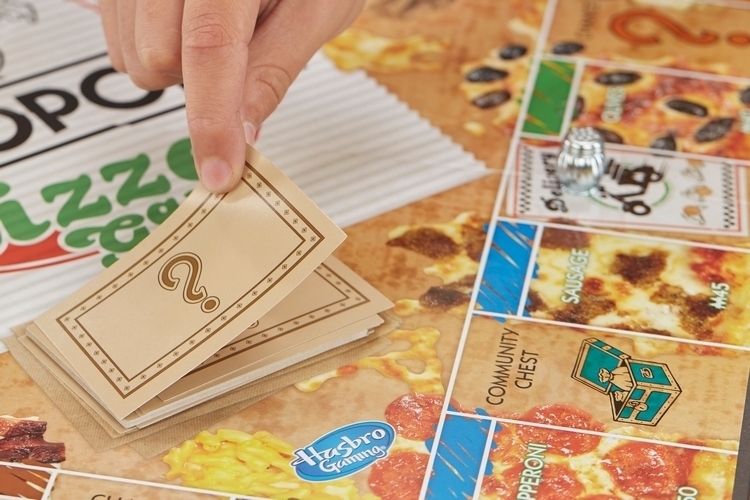 It still retains some of the traditional Monopoly spaces, such as Jail, Chance, and the Community Chest, complete with corresponding cards, so it should feel familiar to anyone who’s previously played the classic board game (except, you know, everything is pizza-themed). Oh yeah, the board is littered with close-up images of pizzas, so if you’re eating pizza while playing, there’s a good chance you won’t notice when you drop some on the game. We don’t know if that’s a good thing or a bad thing, but you can turn the board into a mess without making it look messy, since it’s already messy to begin with. 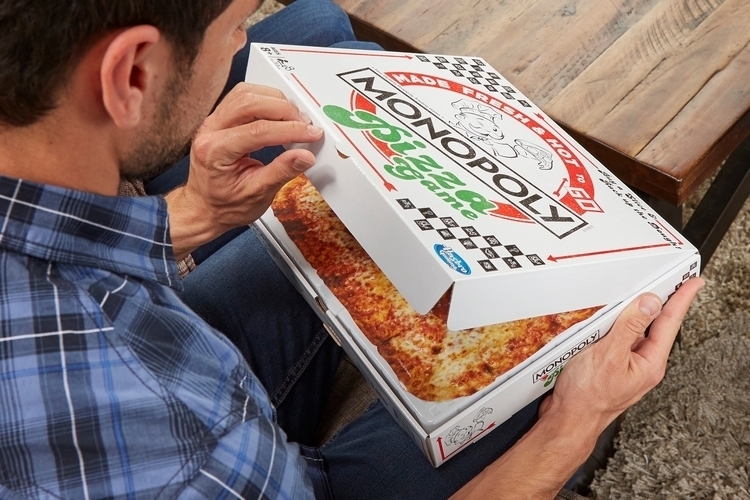 The Hasbro Monopoly Pizza Game has you jumping around the board using pizza-themed tokens, including a cheese grater, a pizza chef, a cheese shaker, a delivery bike, a slicer, and a pizza peel with a pie on it. Aside from the main board and tokens, it also comes with 16 Chance cards, 16 Community Chest cards, 64 cardboard pizza slice tokens, a money pack, a pair of dice, and, of course, a game guide. Oh yeah, there’s also a life-size pizza print (one of those Detroit-style rectangular things) that’s meant to go at the top of the pile when the game is in the box, making it look like you’ve got a delicious pie, instead of a Monopoly game whenever you open it.

Want one? The Hasbro Monopoly Pizza Game is available now. 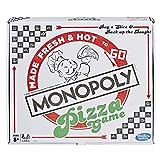