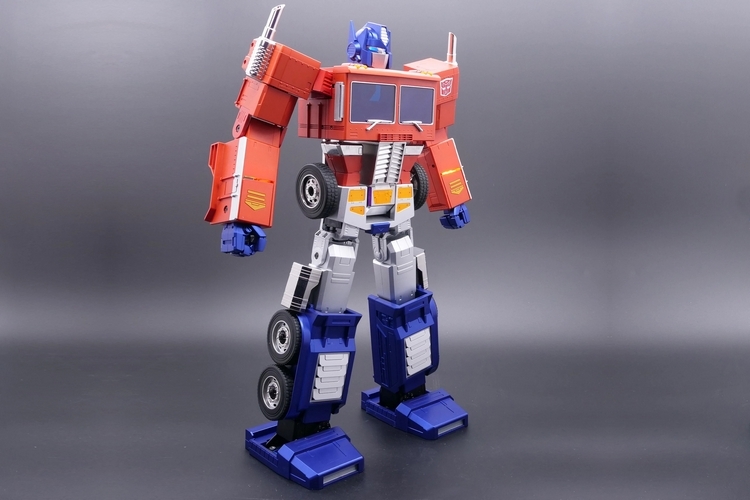 Remember Robosen, the company that makes their own line of body-morphing robots that can transform from vehicle to humanoid form all on their own? Yes, those dudes that make real-life, self-actuated transforming robots. Well, their design is apparently so good that even Hasbro was impressed enough to partner with the outfit to create the Transformers Optimus Prime Auto-Converting Programmable Robot.

That’s right, the world will finally get an official Transformers toy that can carry out its own physical transformation, with no need to manually move any limb or twist any body part, as it can perform every single move all by its lonesome. All you need to do is trigger the transformation by issuing a voice command or choosing it from the companion app, at which point it will automatically change into either its upright or automotive form. 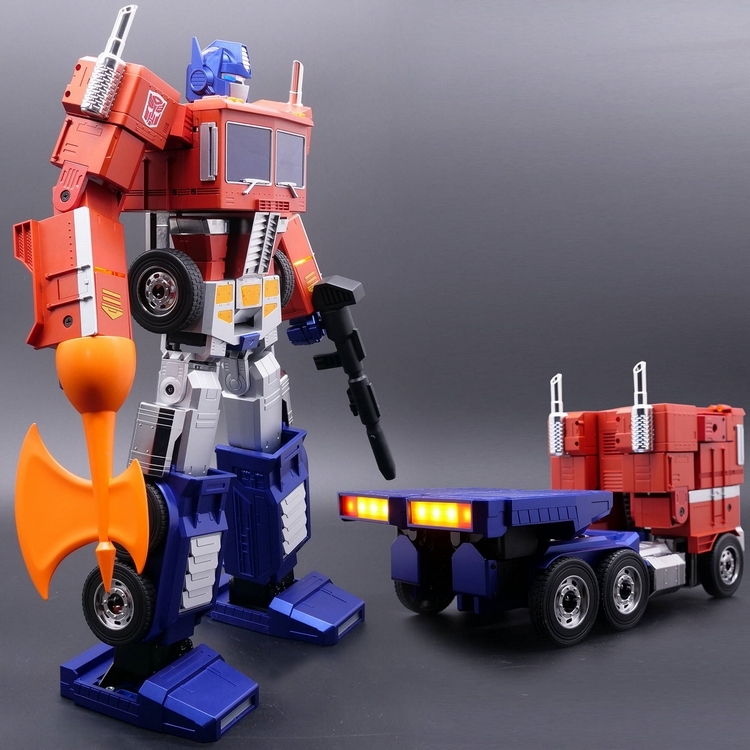 The Hasbro Transformers Optimus Prime Auto-Converting Programmable Robot is a 19-inch toy model of the G1 version of the Autobots leader that’s highly articulated, with motorized body parts that will allow it to not just transform autonomously, but perform all sorts of movements, too. With a single command, it can go from two-legged robot to semi-tractor and vice versa, allowing you to finally witness that self-actuated transformation you’ve previously only watched onscreen live and in real time.

Apart from transforming, the robot can walk towards any direction, make punching motions with either hand, shoot enemies with a blaster, swing a battle axe, and perform all sorts of preprogrammed actions, any of which can be triggered through voice command or the companion app. This aren’t those very limited movements you typically see from toy robots, by the way, as it seems to be more capable of complex movements than any previous Transformer robot we’ve seen, too. Yeah, you can make a whole tabletop Transformers movie with this thing in the starring role. Once in truck form, it can also be commanded to drive on its own, with the option to drive it from the app, so you can have it infiltrate the kitchen to figure out what your Decepticon wife is cooking. 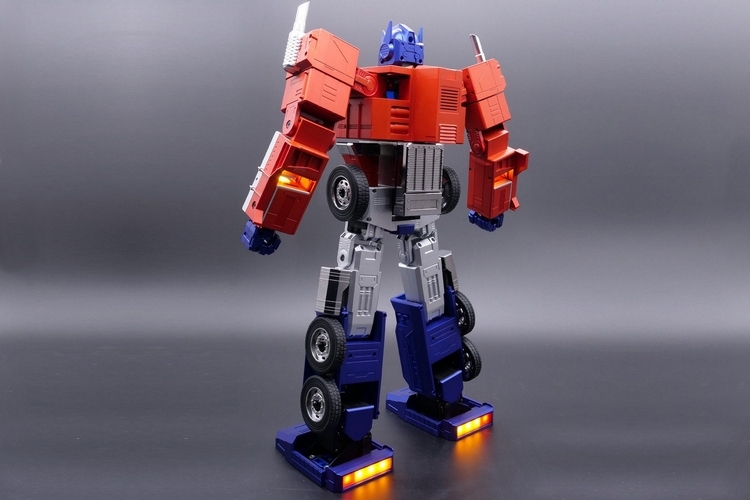 The Hasbro Transformers Optimus Prime Auto-Converting Programmable Robot is a complex piece of automaton, of course, made up of over 5,000 components, with 27 servo motors powering the intricate movements and 60 individual microchips controlling them. It’s also got built-in speakers that can play any of 80 prerecorded sounds, including dialogue voiced by the virtuous robotic lifeform from Cyberton, while a pair of microphones are always listening for you to issue any voice commands, which you should prefix with “Hey, Optimus Prime.” 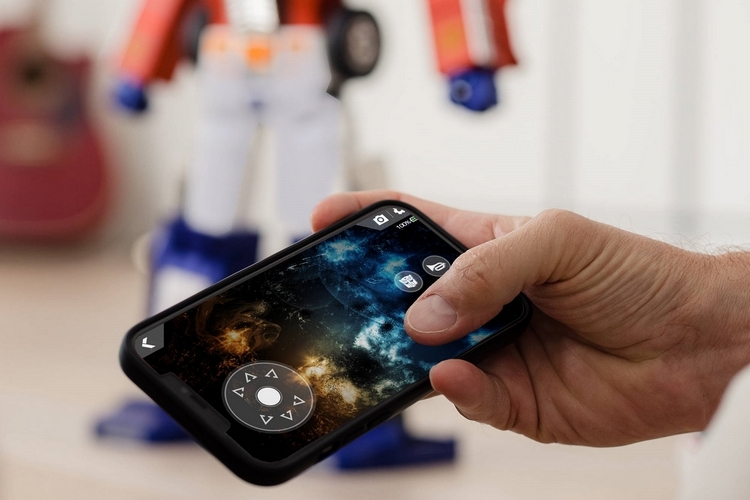 Want to execute custom movements rather than pre-programmed ones? You can do that from the onscreen joystick using the companion app, which will allow you to perform all sorts of actions on the fly. Want to program it to perform your own action sequences? That’s available, too, although you’ll have to complete a Missions mode which serves as an in-app tutorial.

The Hasbro Transformers Optimus Prime Auto-Converting Programmable Robot is now available for preorder, with delivery slated for August 2. Price is $699.