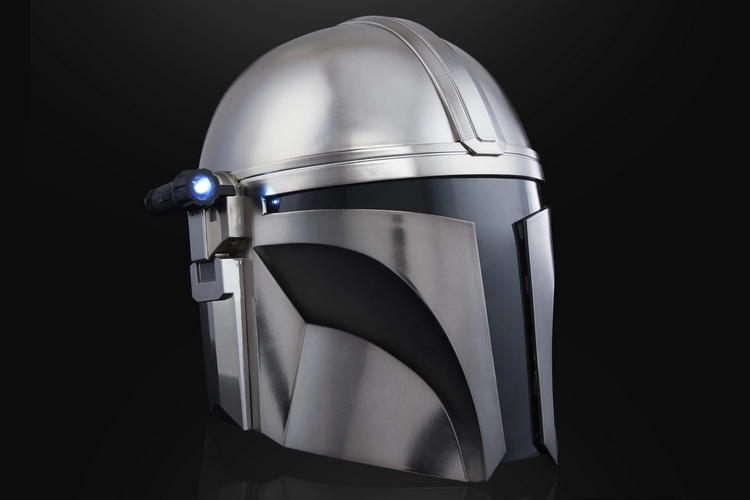 Since his introduction in Disney+ last year, Din Djarin has become the unspoken hero for a large swath of Star Wars nerds, with his uncanny ability to wear the same outfit over and over without ever feeling a single ounce of shame. It’s a special superpower bestowed exclusively upon special beings, while the rest of us get shamed, shunned, and forsaken for engaging in similar behavior. His secret? The fact that few people actually know who he is, since he keeps that helmet on as much as he can at all times. We mean, how can you be ashamed when they don’t know you from Chewbacca under all that metal? Now, you can get in on the secret, too, with Hasbro’s Star Wars: Black Series Mandalorian Electronic Helmet.

That’s right, you can now own the same headwear as the titular bounty hunter on the Disney+ show, so you can spend entire days in the company of people without showing your face and have everyone act like it’s perfectly normal. We know, it doesn’t quite work that way in the real world, but with this helmet on your head and the limited visibility it provides, you probably wouldn’t even notice everyone’s weird looks. Yeah. 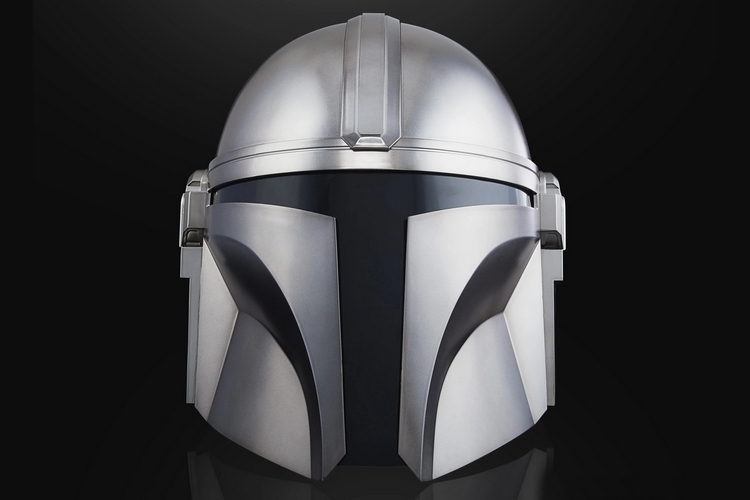 The Hasbro Star Wars: The Black Series Mandalorian Electronic Helmet recreates the iconic bounty hunter helmet, with its round skull, wide comb, and angular jaws depicting the likeness of Din Djarin’s helmet in beautiful detail. It gets the same T-visor, too, which will probably obscure your vision as soon as you put this thing on, which is a good thing if you don’t want to see all the people looking at you strange while you walk down the street wearing a Star Wars helmet in the middle of the day. And yes, you can totally tell people it’s a face shield you’re using to keep that darn second wave of the virus from coming your way if you need an excuse. 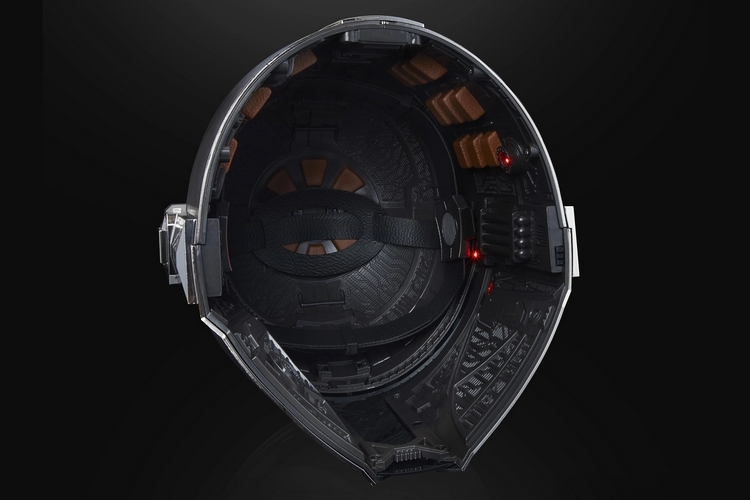 It has a removable tactical light on the right ear cap, so you can look like you’re on highly official Mandalorian business if you need the extra visual cue. Inside, it gets some lights that turn on when the helmet is upside down, too, which, we guess, makes it useful for seeing what’s inside. Like, you know, when Din Djarin needs to check if he got some snot on there after he sneezed or something. The LEDs are powered by a single AA battery. 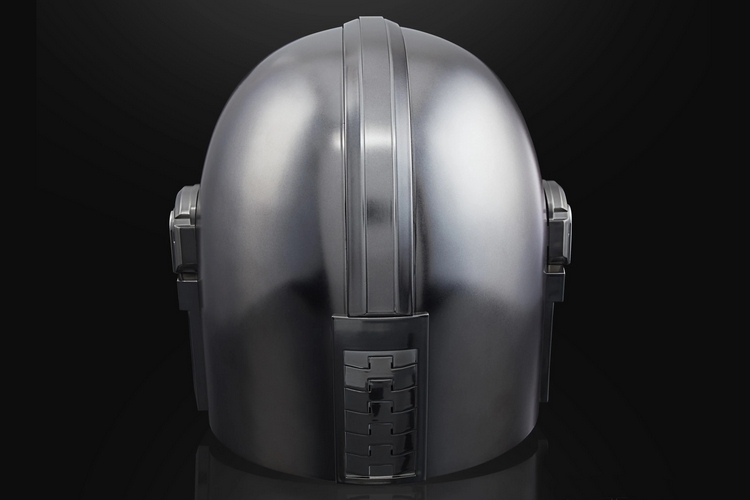 The Hasbro Star Wars: The Black Series Mandalorian Electronic Helmet is equipped with interior padding, so you can get into a scuffle while wearing this thing without getting nicks all over your face from brushing up against the helmet surface. It also gets adjustable straps, so you can tweak the fit to wear well on your head, regardless of how much bigger the helmet is compared to your noggin. Unlike the helmet on the show, it’s made from plastic, so it won’t actually protect you from attacks by nefarious individuals, although that also means it’s lightweight enough to keep on your head at all times.

The Hasbro Star Wars: The Black Series Mandalorian Electronic Helmet comes out June of next year. It’s now available for preorder, priced at $119.99.