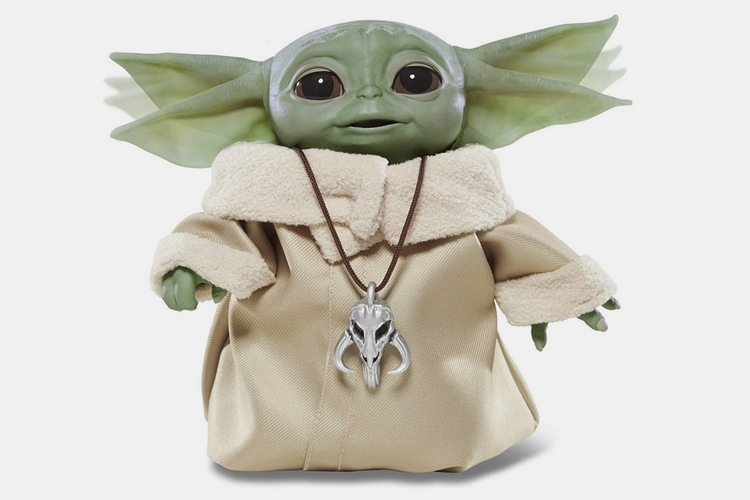 With official Baby Yoda toys slated to hit shelves in less than three months, we can’t be happier for fans of The Mandalorian’s biggest breakout star. They can finally get their fill. Much as we love all the toys that have been announced so far, though, the best Baby Yoda toy sadly won’t be coming till the end of the year when the Hasbro Star Wars The Child Animatronic Edition makes its debut.

That’s right, it’s an animatronic version of the 50-year old baby that can move, talk, and look like it’s responding to your interactions. You know, like your very own pet Gremlin, except with Jedi powers. That way, you can’t just hug, pose, or move your Baby Yoda toys around – you can play with it like one of those modern interactive robots, too. 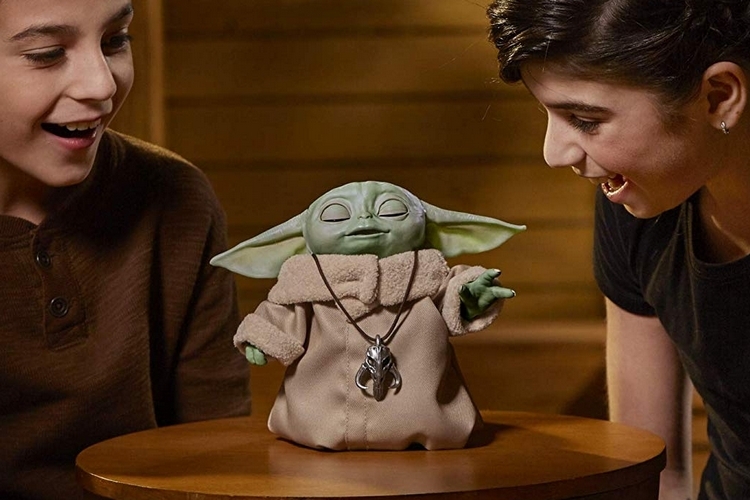 The Hasbro Star Wars The Child Animatronic Edition isn’t a very sophisticated animatronic. It won’t amble around like Baby Yoda when it’s walking or raise its hand to summon the Force, for instance. What it has instead are ears that can wiggle back-and-forth, a head that can bob up-and-down, and eyes that can open-and-close, which are enough to put together a series of interesting actions – ones that could make you feel like the darn thing is actually responding to what you say and do. It can also raise one of its arms at around shoulder level, like the character does whenever it’s summoning the Force in the show.

Aside from the movements, the toy also comes with over a dozen prerecorded sounds, such as giggles, babbles, and other expressions. That means, it can pair the movements with different sounds, making its interactions feel a lot more life-like. When summoning the Force, for instance, it will raise its left hand, raise its head up, close its eyes, and let out a sigh just like it did when it obliterated the hapless Incinerator Stormtrooper towards the end of The Mandalorian’s first season. 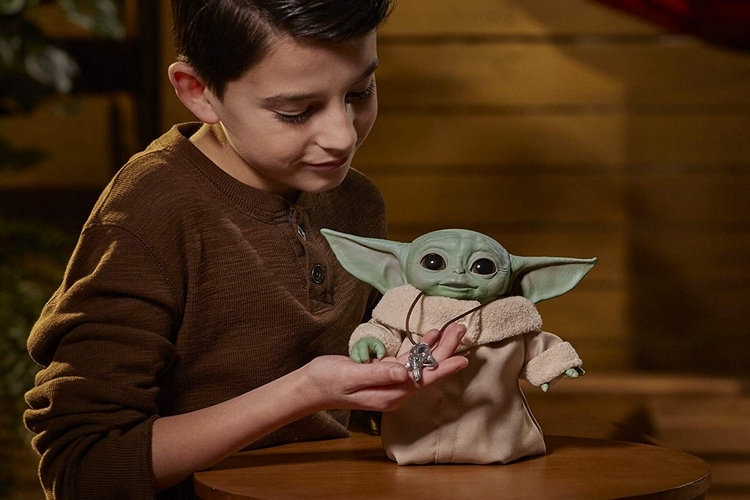 The Hasbro Star Wars The Child Animatronic Edition won’t actually respond when you talk to it like your beloved Alexa speaker. Instead, it responds to pats on the head and certain actions you do. When you pat it three times straight, for instance, it goes into the Force summoning mode we described earlier, all while going right to sleep when you lay it down on its back. We’re not sure what other actions trigger which reactions, although Hasbro claims that this animatronic Baby Yoda has a total of 25 motion-and-sound sequences onboard. 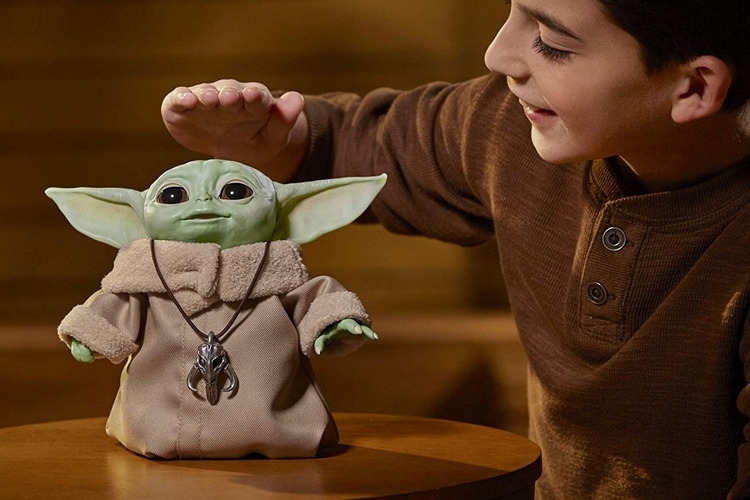 The doll itself looks like a faithful recreation of the ancient Jedi master’s baby form, which means it’s about as cute as a Star Wars character can get. It’s got those wide ears, those beady eyes, and that adorable baby smile that just makes it the most adorable little Gremlin in the world. While the Baby Yoda in the show seemingly relied primarily on frogs for sustenance, this animatronic version will require being fed with three AAA batteries.

The Hasbro Star Wars The Child Animatronic Edition will come out in December 2020.