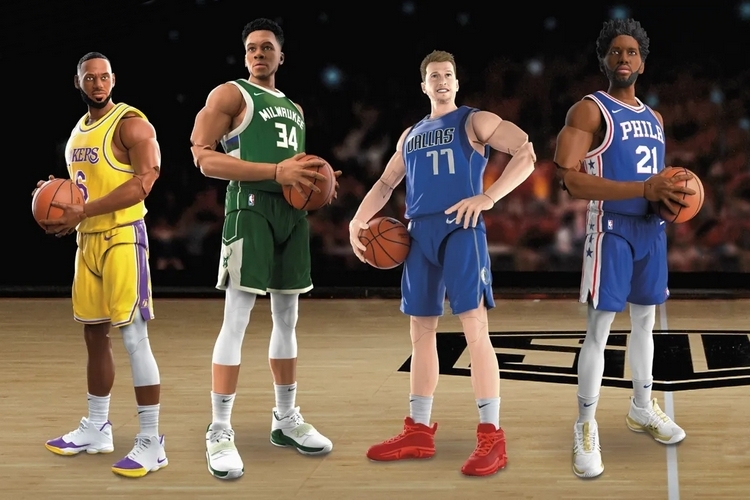 It’s been over three decades since the original Starting Lineup debuted, which cast famous professional athletes as four-inch action figures. While the line has since been discontinued, you have to admit, getting action figures of your favorite sports superstars does maintain a real appeal. We’re guessing that’s why the line is being brought back in the form of the new Hasbro Starting Lineup.

That’s right, articulated action figures of your favorite athletes are coming back and they’re better than ever. Well… your favorite NBA players, at least, with this initial launch. While the original Starting Line featured roughly four-inch figures, they’re getting a bigger six-inch treatment this time around, complete with all the articulation you expect from modern action figures. 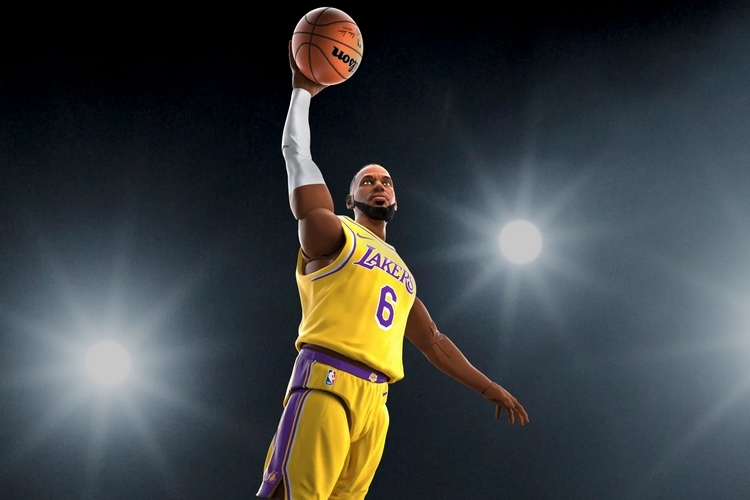 The Hasbro Starting Lineup will mark its return with action figures of eight of today’s most popular NBA players. Each one measures six inches tall, so it’s not exactly scaled to reflect their actual heights, which means Steph Curry has roughly the same height and build as Joel Embid. Yes, that’s a little ridiculous, but we can’t imagine that will keep this thing from being just as fun. Finally, you can have Chef Curry bodying up to big boys like Giannis and Lebron, even if it’s just on your tabletop.

According to Hasbro, it gets premium articulation. From what we can tell in the pictures, freedom of movement looks comparable to that on the Black Series action figures, so you can pose these things in nearly any basketball posture you can imagine. Want to show off Ja Morant while in the middle of one of his crazy skywalking dunks? You can do that. How about posing Lebron in one of his on-court celebration dances? Yes, that should be easy, too. Suffice to say, the articulation here is pretty incredible. 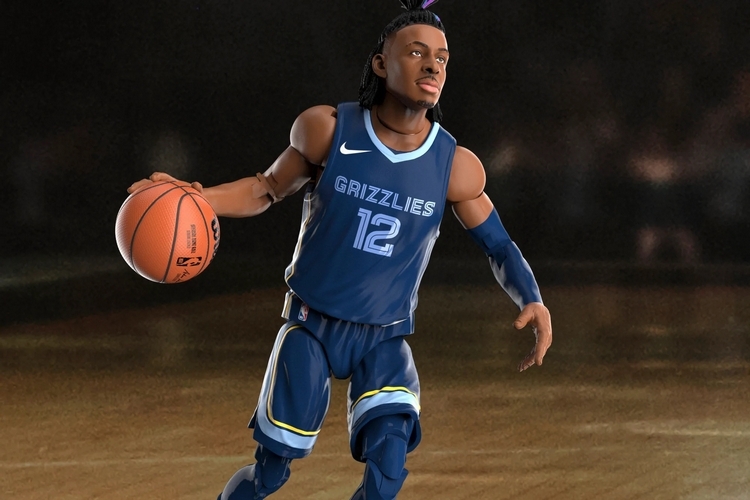 The Hasbro Starting Lineup also uses photoreal technology to create realistic details that craftily reproduce each player’s likeness, ensuring you can recognize each player as soon as you see their faces. Seriously, the faces on these figures look awesome. The lineup for this new launch consists of eight players, namely Lebron James, Steph Curry, Luka Doncic, Ja Morant, Jayson Tatum, Trey Young, Joel Embid, and Giannis Antetokounmpo. We know, what about KD or reigning MVP Jokic or whoever is the best player on your favorite team? We’re guessing for this batch, at least, they’re focusing on the most popular personalities in the league that most casual fans can gravitate towards, which isn’t a bad thing. 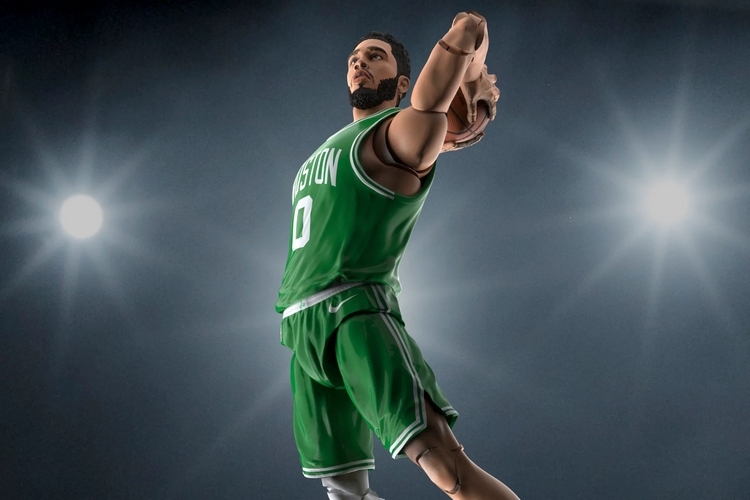 All the players wear official their teams’ official Icon Edition jerseys, complete with, we’re guessing, their choice of sneakers, so sneakerheads can find something extra to ogle at on these toys. Doncic, for instance, wears Air Jordan XXXVI and Moran rocks Nike Air Zoom GTs, while Embid wears his signature Embid One from Under Armour and James his Lebron 19s from Nike. Like the original figures, each one comes with a trading card featuring the athlete, as well as a matching digital Panini NFT.

The Hasbro Starting Lineup comes out December 19th, priced at $49.99.