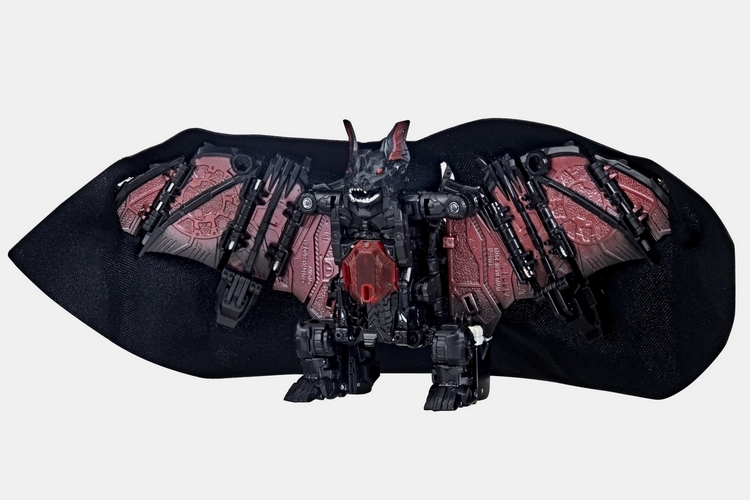 You know what happened when the Transformers first visited Earth? Most likely, they got infected by the human pop culture virus and they ended up with weird Transformers down the line. We’re going to guess the Hasbro Transformers Collaborative Draculus is one such Decepticon.

That’s right, Dracula’s lineage has made its way to Cybertron, birthing this self-configuring robotic vampire that feeds on blood. Whose blood? We have no idea, since we don’t remember Cybertronians actually bleeding at any point, but the idea of a giant robot that turns into a blood-sucking bat traveling across galaxies in search of human sustenance sounds even more terrifying. 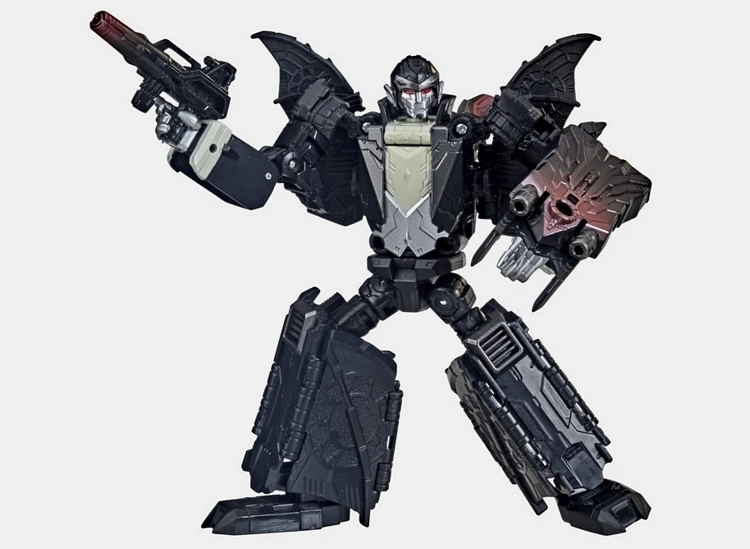 The Hasbro Transformers Collaborative Draculus is, basically, a mash-up of the Transformers franchise with the Universal Monsters line. In this case, the unholy union produced a sentient robot version of the legendary Dracula, based on the self-titled 1931 movie from Universal Pictures. As such, the Transformer robot gets clad in the vampire’s black and white motif, with wing-like appendages behind the shoulders, upturned red eyes, and that signature cape. Sadly, the robot has its mouth closed, so we can’t quite see whether it inherited the sharp fangs of its Transylvanian counterpart.

According to the product page, the character is an undead Decepticon. Yes, we don’t know what that means, either, but we’re guessing it’s a robot you can’t kill unless you drive a stake to its control unit or something. Apparently, it’s also inherited a bunch of Dracula’s predilections, so it goes into stasis during daylight (probably inside a comfy coffin) and awakens to stalk for prey when the darkness of night arrives. We’re guessing it hasn’t inherited Dracula’s ability to have no reflection in the mirror since it’s only a toy, but if you put it in front of one and you can’t see anything, then it’s probably not a toy and you will die soon. Or become a vampire and live a Twilight kind of life. Or something. 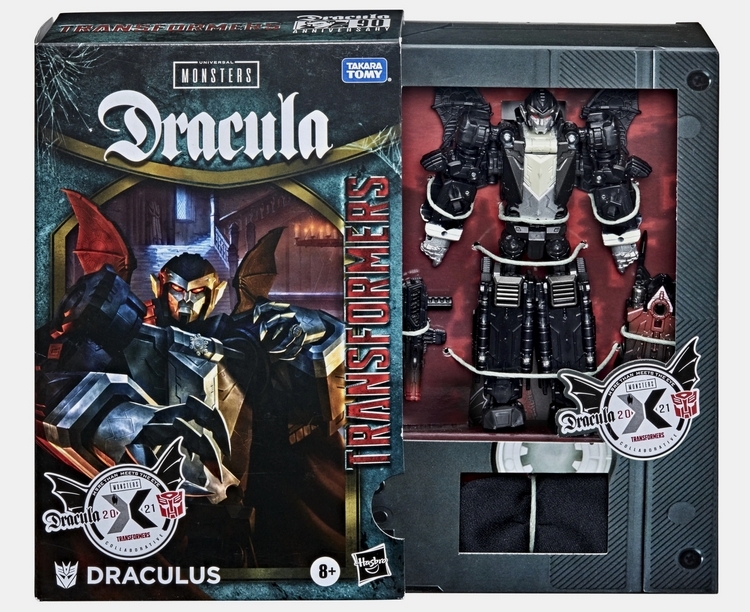 Just like other Cybertronians, the Hasbro Transformers Collaborative Draculus can change its physical form. No, it doesn’t change into a funeral coach. Instead, it turns into an even more terrifying bat creature with a large wings that can wrap around prey with ease, large ears that will let it hear sounds over great distances, and sharp teeth that should let it bite into humans and Cybertronians alike. Obviously, it looks more lethal in bat form than its anthropomorphic robot form, so we’re guessing it will change into that whenever it’s battling in close range. According to Hasbro, it performs the transformation in 23 steps. 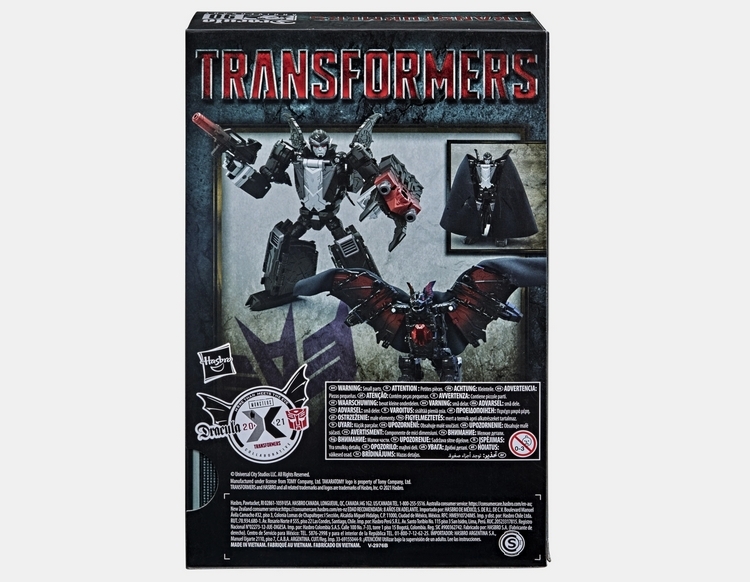 Since not all fights will occur in a dark alley or a small room in a haunted castle, it also has some conventional weapons in tow. Specifically, it has a blaster that can shoot at any Autobot trying to keep it from hunting for food, as well as an Impaler Claw for melee fighting. The claw, by the way, has a facility on top that looks like it can shoot some kind of weapons, too, so this robot Dracula is still a pretty capable Decepticon.

The Hasbro Transformers Collaborative Draculus is available now, priced at $31.99.