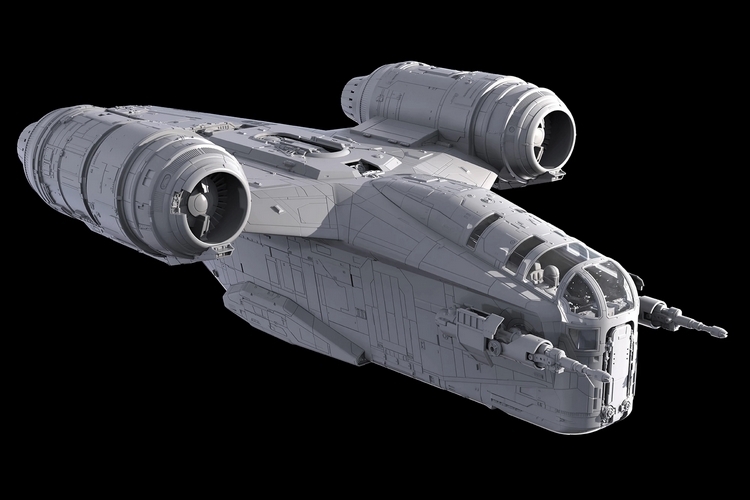 By now, you’ve probably already heard about HasLab, the crowdfunding platform Hasbro uses to get support for niche toys like that Unicron Transformer and that four-foot long Jabba the Hut Sail Barge. Suffice to say, they regularly have interesting toys drumming up preorders from there. This time around, they’re looking to bring a prominent gunship from the recent Disney+ Mandalorian series in the form of the HasLab Star Wars Razor Crest.

That’s right, Din Djarin’s transport vessel is now getting its own Vintage Collection toy, allowing you to travel between worlds like a proper bounty hunter from the New Republic Era. Whether you want to recreate the awesome scene of the bounty hunter liberating The Child from the mercenary encampment, engage in a gunship battle with Riot Mar, or pretend to repair it with Ugnaught Kulil, this thing gives you a detailed replica of the ship to do all that and more. 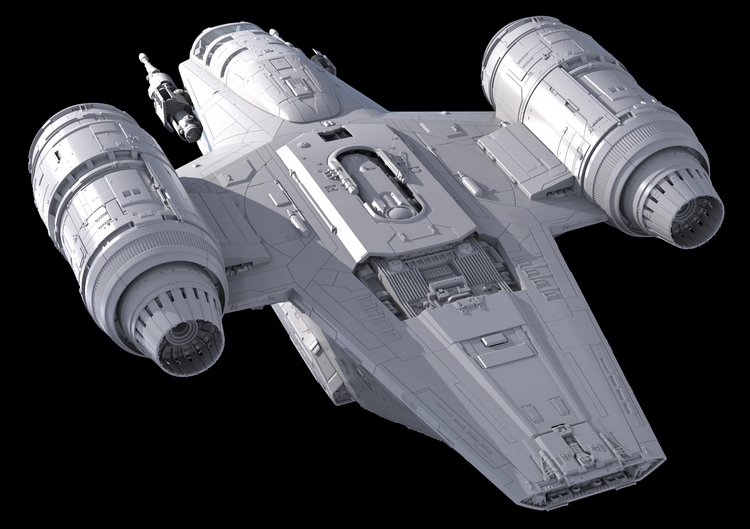 The HasLab Star Wars Razor Crest is a large toy, measuring 30 x 20 x 10.5 inches (length x width x height) with the main cannons equipped and the landing gear fully deployed. It recreates the ship from the TV show in great detail, from its dual side engines and  deflector shields to its two-level design and front-side cockpit. That cockpit, by the way, can be opened, allowing you to put the included 3.75-inch Mandalorian figure in the pilot seat, although there’s sadly no Baby Yoda for your bounty hunter to keep safe during his travels. And yes, the rest of the gunship is perfectly-scaled with other 3.75-inch action figures, so you can use them when setting this thing up on display.

Both the left and right laser cannons can be folded into the engine when it’s not engaged in battle, all while easily folding out when you’re ready to wage an all-out assault. Same goes for the landing gear, which can be detached when you want to pose this thing as it appears in flight. 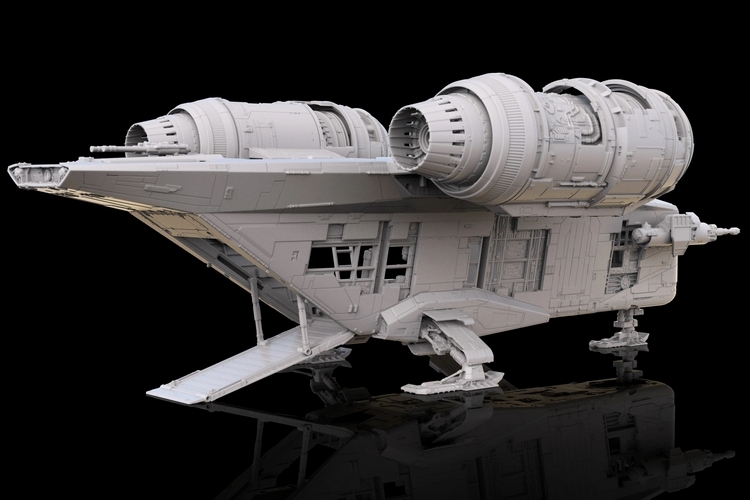 The HasLab Star Wars Razor Crest has entryways in both front and left side, each of which is equipped with gates that transform into ramps for easily letting on passengers and bringing equipment inside the ship. The entire ship is decked in great detail, from curved sections and recessed areas to individual grooves and everything else. Other features include removable hull panels, detachable engines, a removable weapons locker, a carbon freezing chamber, and a bunk area with space for a 3.75-inch action figure to hide. 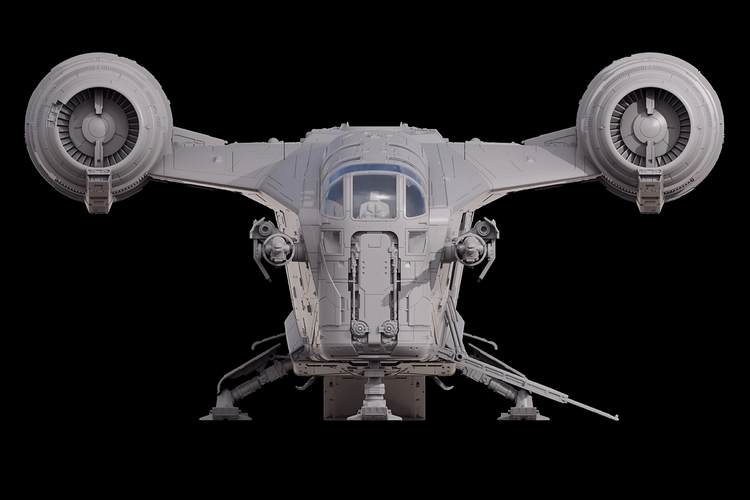 It’s rendered in grayscale form, so you can take your painting skills to town and make this look like any variation of Razor Crest you’d like. Want to make it look a brand new gunship straight off the production line? You can do that. How about making it look like it’s just been through 20 years of intergalactic battle? Sure, paint some distressed elements in there and you’re good. Want to make it look like it’s been raided and stripped for parts by the Jawa Tribe? Yep, you can do that, too – just get creative with it.

The Star Wars Vintage Collection Razor Crest is now on preorder at the HasLab website. You can reserve a unit for pledges starting at $350.