This Hatching Dinosaur Candle Melts To Reveal A Baby Velociraptor 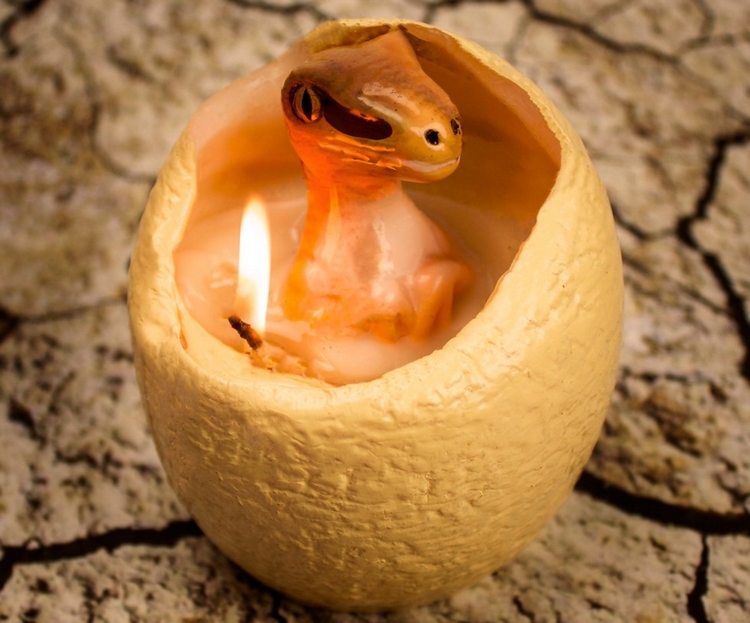 When you first light up the Hatching Dinosaur Candle, it looks like any novelty candle that’s been fashioned to resemble the likeness of a prehistoric egg. You know, one that will melt into a smaller bundle of wax once it burns through the wick. Except, instead of doing that, this egg is designed to reveal a baby velociraptor as the wax slowly melts away, so you can spend the time watching a baby dinosaur hatch instead of merely staring at a flickering flame. Seriously, that just sounds all manners of fun.

Don’t worry, it’s not a real dinosaur, so you won’t end up having to take care of an actual prehistoric carnivore with sickle-shaped claws in your one-bedroom apartment (yeah, that just sounds horrifying). Instead, it’s just a toy velociraptor that you can display on a shelf right next to your Jurassic World toys, so you don’t have to worry about it clawing through the furniture or hunting down the dog. 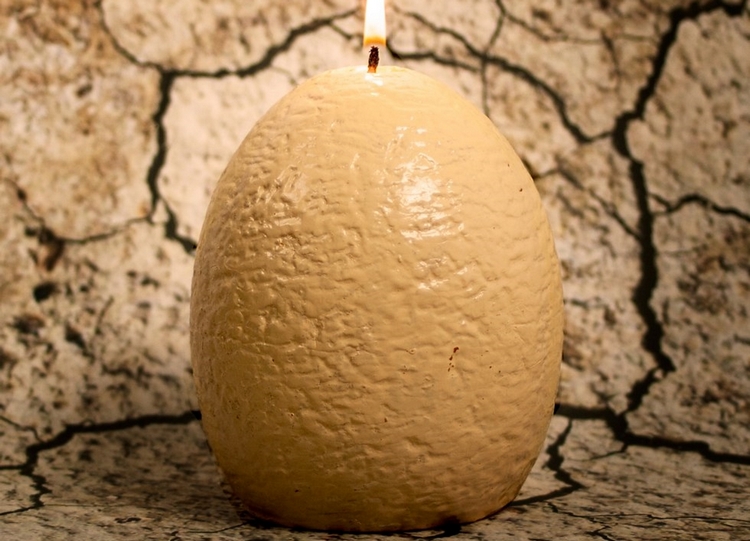 The Hatching Dinosaur Candle measures 14 x 14 x 15.8 cm (w x h x d), which should be large enough to pass it off as some kind of dinosaur egg, complete with a bumpy surface that makes it look like a particularly thick shell. Since a plastic toy is bound to melt along with the wax at the presence of an open flame, the baby raptor is actually constructed out of porcelain, ensuring you’ll get to keep him once you clean him up after the candle is completely burned through.

Available from Firebox, the Hatching Dinosaur Candle is priced at £29.99.