If You’re A Star Wars Fan, This Death Star Assault Foosball Table Is Just What Your Rec Room Needs 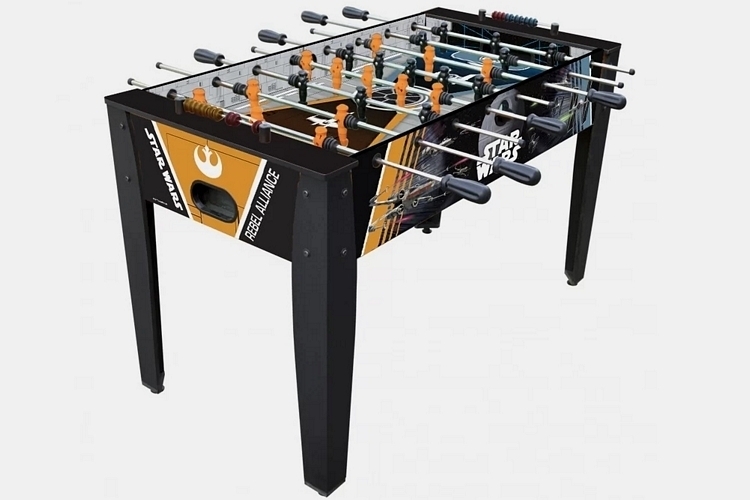 No, it’s not quite an intergalactic battle version of the classic foosball game. Instead, the Star Wars Death Star Assault Foosball Table is an erstwhile conventional rendition of the game, albeit with Galactic Empire and Rebel Alliance fighters duking it out in place of traditional foos men. Sadly, they didn’t use those awesome Foosball Stormtroopers.

That’s right, this table lets you play classic foosball while making you feel like you’re in a galaxy far, far away. Whether you sympathize with the rebels in their struggle, support the incumbent autocratic regime, or just want to partake in the mayhem of the Galactic Civil War, this thing lets you settle it all from the comfort of the game room. 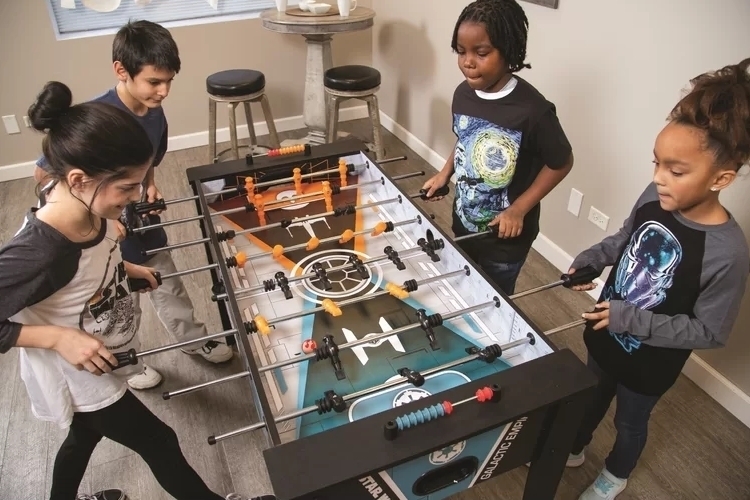 The Star Wars Death Star Assault Foosball Table is a themed rendition of the classic table football game, with the whole table covered in elements that should be familiar to any Star Wars fan. The game surface is divided into two halves, each one covered in Galactic Empire and Rebel Alliance graphics, respectively, making it easy to know exactly towards which end you should direct your attacks. Yes, by attack, we mean the lethal action of kicking the ball. The exterior panels of the table come decked in similar livery, so each player knows exactly on which side of the table they should be standing on.

In case you’re wondering where the table’s graphics are from, they’re rendered after the final battle of Star Wars: A New Hope. At least, that’s what the product descriptions says. Truth be told, it’s been so long since we saw the original film, we don’t really remember, so we’ll just take their word for it. After all, what better scene to put on a Star Wars foosball table than an epic battle from the movie that kicked off the entire space-opera franchise? 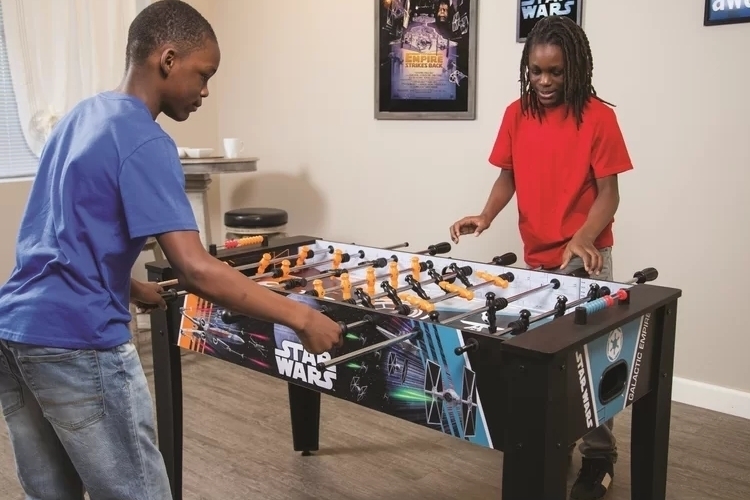 The Star Wars Death Star Assault Foosball Table comes with raised corners to ensure the ball never gets stuck there, while counterbalanced soldiers on both sides ensure your ball-kicking players move exactly the way you intend with every push and turn of the knobs. A slide scoring system is installed on each end of the table, making it easy to track how many goals you have scored, while a perfectly smooth playing surface ensures the ball will stay in play for non-stop, fast-paced action. 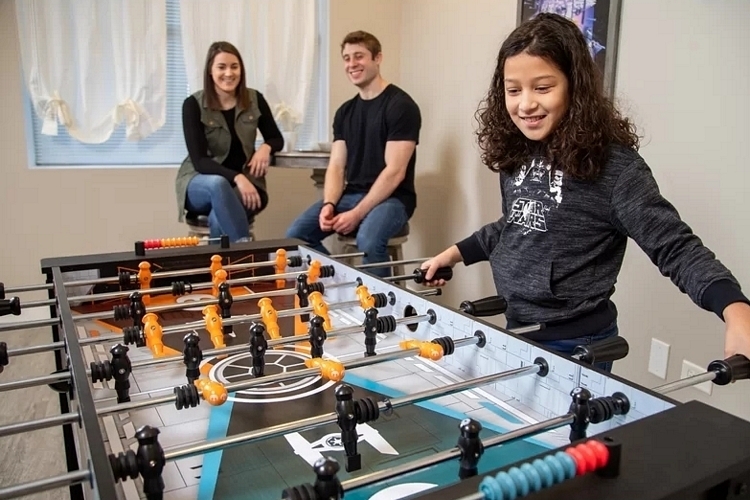 Construction is engineered wood for the table’s cabinet and steel for the rods, with a build that the outfit claims should last for many years. It’s water-resistant, too, so you can spot clean it with a simple wet cloth. Levelers on the legs make it easy to adjust the table’s position on the floor, giving you an easy way to get the playing area perfectly leveled, even if the floor in the room isn’t perfectly flat. Dimensions are 54 x 27 x 33.25 inches (length x width x height), so you don’t need plenty of space to set it up inside any room of the house.