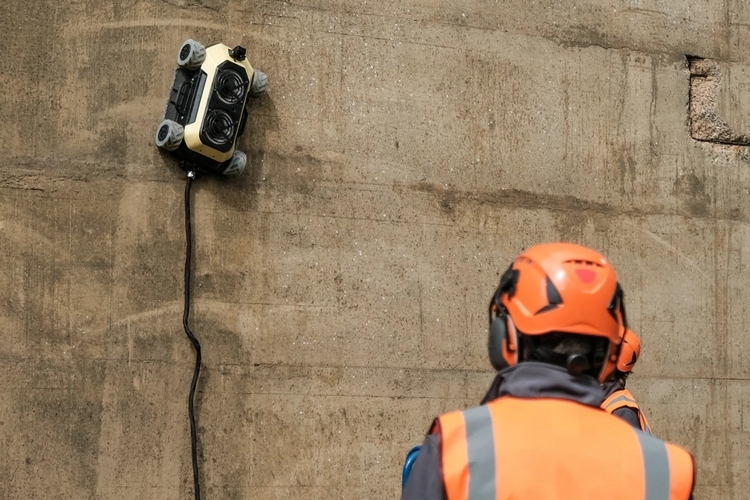 It looks like any car-like wheeled robot. You know, the kind that you can send patrolling around your property while carrying a camera, so folks can get a look at what’s going on in their domain. Except, the HausBots HB1 isn’t designed to roam flat grounds, instead coming with a unique design that allows it to climb up vertical structures with ease.

That’s right, it’s a wall-climbing robot that’s able to drive over any vertical wall like it’s perfectly even ground. Want to send the robot to the fourth floor without having to go up a flight of stairs? Not a problem, just have it drive up to the fourth-floor window and have someone pick it up once it gets there. Convenient. Of course, that’s not all it’s meant to do. 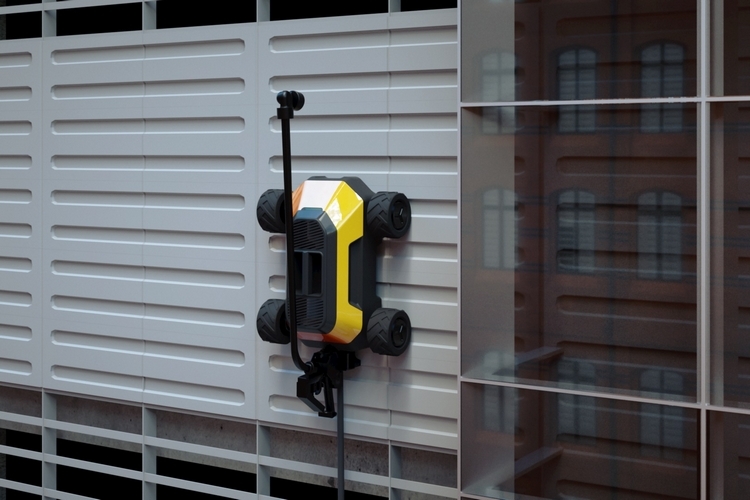 The HausBots HB1 is designed as a utility robot – one that can mount different types of payloads to carry out a variety of tasks that would otherwise require human workers to climb ladders or scaffoldings in order to do themselves. According to the outfit, it can carry payloads of up to 13.2 pounds, making it viable for carrying small equipment towards the higher sections of various structures. For instance, you can equip it with a spray nozzle to paint the exterior of a tall building, navigating the vertical terrain while sprinkling the paint across every section it passes. You can also equip it with a camera for visual inspections of assets placed at high locations, while mounting sensors like ultrasonic wheel probes, rebar locators, or GP radars to perform inspections on tall vertical structures, such as elevator shafts, bridge posts, and more. 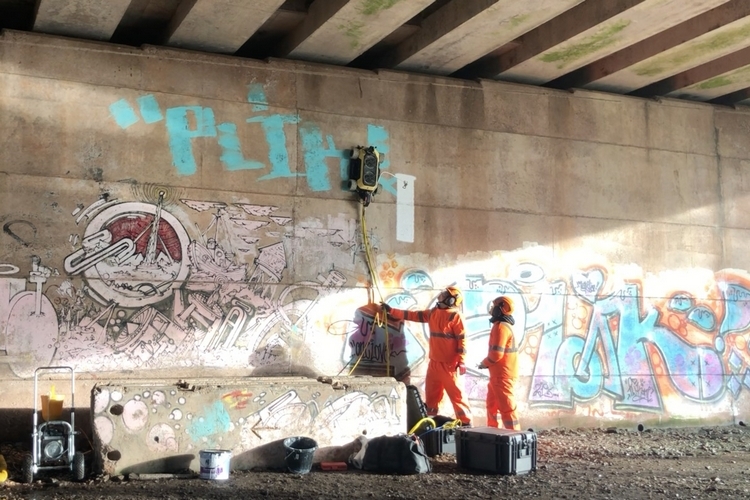 So how does it climb? It uses a patent-pending design that relies on two strong electric fans mounted across its body to produce suction. Basically, the fans draw air from the beneath the front and rear of the robot, then expels it straight out of the back to create 42 kg (92 pounds) of downforce, allowing the robot to keep its footing even in perfectly vertical surfaces. 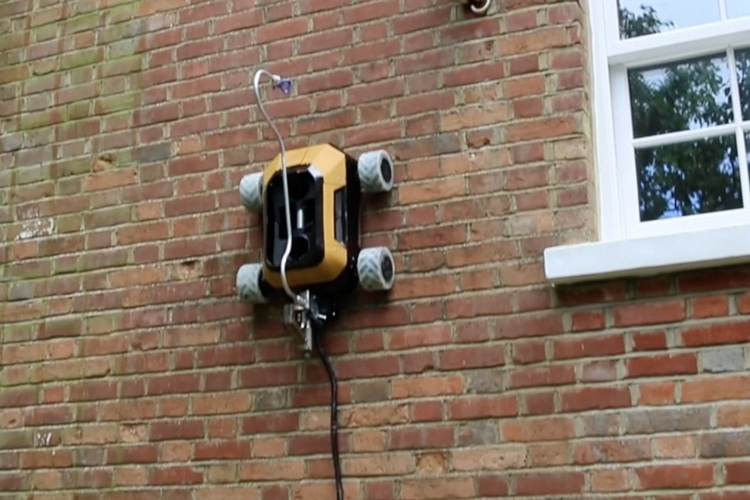 The HausBots HB1 can navigate flat, curved, smooth, and rough surfaces alike, all while driving over common obstacles like wires and surface bolts, making it viable for use with most building exteriors, industrial interiors, and infrastructure. Do note, the fans use up a lot of power, so it won’t be able to run on battery alone. As such, the robot needs to be tethered full time to a power source. As of now, they’re using a 30-meter (98 feet) line to allow the robot to reach tall heights, then deploying the robot either from the top of the structure or one of the building floors when they need to get higher. The line, by the way, is connected to a remote-control unit on the other end, too, allowing the operator to control the robot’s navigation.

As of now, the HausBots HB1 is being used to offer a variety of services, namely wall painting jobs, visual inspections, and infrastructure inspections. They do plan to sell units down the line, though, and you can register your interest directly from the company website.