Haven Reinvents The Door Lock Into Something Way Stronger Than Deadbolt 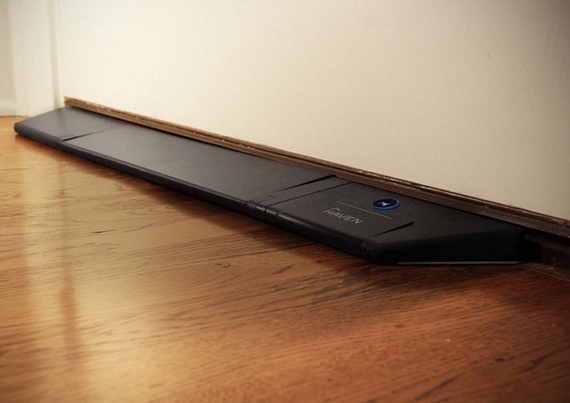 Smart locks are great, but they still use the same old locking mechanism that’s prone to giving out when someone brute forces their way through your door.   That’s why Haven, a new smart lock, does things an entirely different way.

Rather than be situated along the height of the door, the redesigned lock sits on the floor, where it’s wedged right under the door, the strongest point of the entryway.  It’s, basically, a doorstop.  Except, instead of simply serving as a way to keep the door from opening while you’re at home, it’s designed to keep your door doubly-protected while you’re out of the house, too. 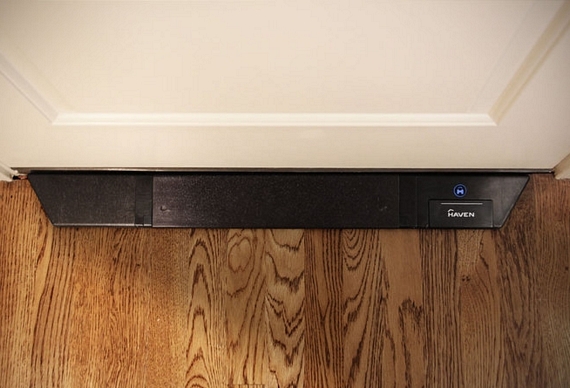 Haven installs directly on the floor using included mounting brackets, so it will be just as permanent a fixture as any lock.  To open the door, simply use the accompanying app to disengage the accordion-style lift gate that’s putting pressure on the door and swing it open like normal.  If you’re inside the house, there’s also a foot pad you can step on to do the same thing.  It’s constructed from glass-filled nylon, aluminum, and steel, with a mix that the company claims gives it the proper strength to keep any home duly protected.  You can use it as the sole locking mechanism for the door, although most people would probably install it to double up on their existing deadbolt mechanisms. 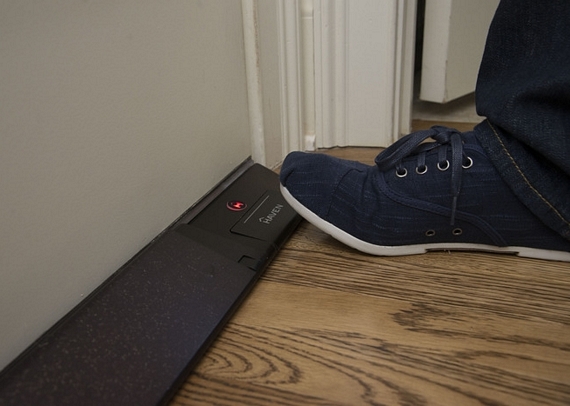 Multiple Havens can be monitored directly from a single app, so you can install one each at the front door and the backdoor, while controlling everything from a single interface.  App features include forced entry and real time alerts, battery alerts (it has a redundant backup battery, in case power runs out while you’re out of the house), and digital key sharing (so you can allow everyone in the house access to the lock).

A Kickstarter campaign is currently running for Haven.  Available pledges to reserve a unit starts at $269.