Heatworks Tetra Shrinks The Dishwasher Into A Countertop Appliance 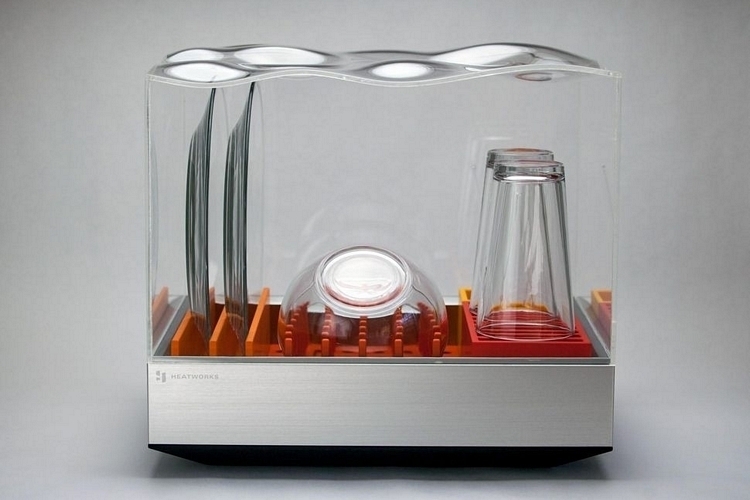 Dishwasher appliances are great, since they clean up your dishes without any work on your part. Problem is, the darn things are huge, making them an awkward fit for the shrinking apartments of the city. The Heatworks Tetra changes that.

You know how most dishwashers are built to hold 13 or more place settings? Yeah, that’s a lot, which makes it overkill for modern American households, many of which are occupied by four people or less. According to Heatworks’ research, in fact, the average American household is comprised of 2.58 people, although those results probably depend a lot on the demographic that was included in the survey. Well, this is a dishwasher for those kinds of homes. 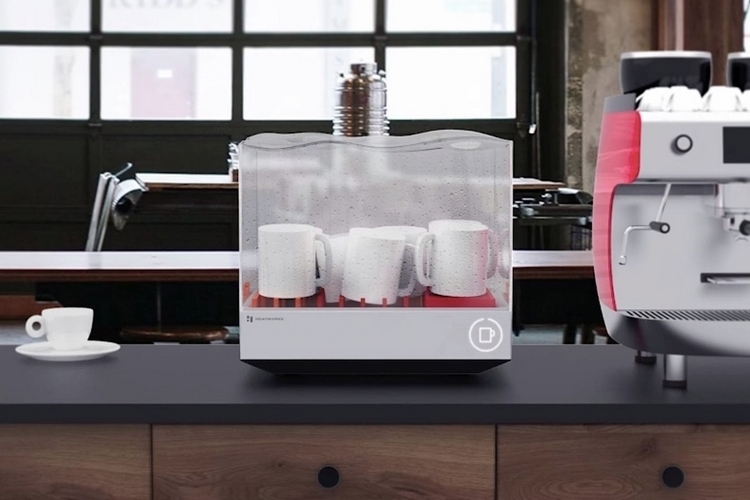 The Heatworks Tetra is designed to hold two full place settings, which means two sets of plates, bowls, cups, and flatware, although it can also handle up to 10 plates or 12 pint glasses in one go if you’re washing just a single type of dishware. That small load means you won’t be wasting water washing a small batch of dishes, so you can clean the dishes after every meal instead of letting them pile up at the end of the day. It only uses a half gallon of water for a single wash cycle, by the way, which, according to the outfit, can save many households up to 1500 gallons a year compared to handwashing.

You know how traditional dishwashers can take around an hour to finish? Not this one, as it can finish a single load in as little as 10 minutes. That means, if you have two loads of dirty dishes to wash, you can still get the job done in a third of an hour, making it more efficient than traditional dishwashers. Rather than employ metal heating elements that can rust, the device uses graphite electrodes managed by electronic controls, which allows it to more precisely control the temperature.

Instead of installing under the counter and hooking up to your plumbing, the Heatworks Tetra is a countertop appliance that takes about as much space as a microwave. It doesn’t require a plumbing connection, either, since you can simply pour water into the tank any time you need to wash a load. There’s also a dedicated detergent reservoir that can hold enough cleaner for several dozen load cycles. Oh yeah, it comes with a transparent cover, so you can watch the cleaning happen in real time.

A companion app allows you to start the wash cycle without having to walk up to the kitchen counter, all while allowing you to use the dishwasher for other applications. That’s right, this thing is designed for versatile use. According to the outfit, controlling the temperature and length of time from the app will allow you to use it to sanitize baby products and even cook food items in a style similar to sous-vide. We know, it’s far from the same, but using the dishwasher for cooking sounds glorious.

The Heatworks Tetra will retail later in the year, priced at $300.