Heimplanet Mavericks Inflatable Tent Can Survive Winds Up To 112MPH 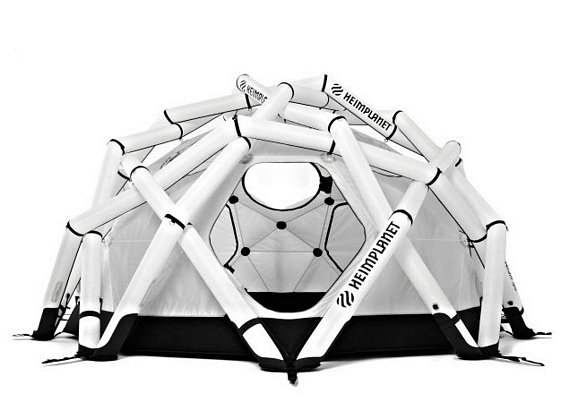 Remember the inflatable Cave Tent, which let you set up a functional tent without having to do all the grunt work that usually came with it?  Well, the company behind it just took inflatable tents to another level with the Heimplanet Mavericks.

Originally designed to be used at the Red Bull Storm Chase in Ireland, this blow-up shelter has been rated to withstand winds that blow at a whopping 112 mph.  To the unfamiliar, the Red Bull Storm Chase is a windsurfing competition that seeks out rough, raging storms around the world to use as its stage.  Yep, this isn’t just inflatable, it’s durable enough to shelter you during violent storms, too. 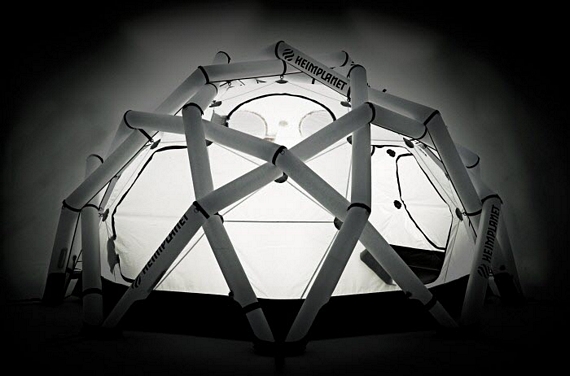 The Heimplanet Mavericks is a 10-person tent that uses a reinforced version of the brand’s inflatable diamond grid design.  The structure, which uses double-walled air beams similar to tubed bicycle tires, is intended to spread stress over a large surface, enabling the tent to maintain its sturdy form even through rough winds.  It uses 10 separate air chambers, so even if one part of the structure gets punctured, the rest of the tent will still hold intact. 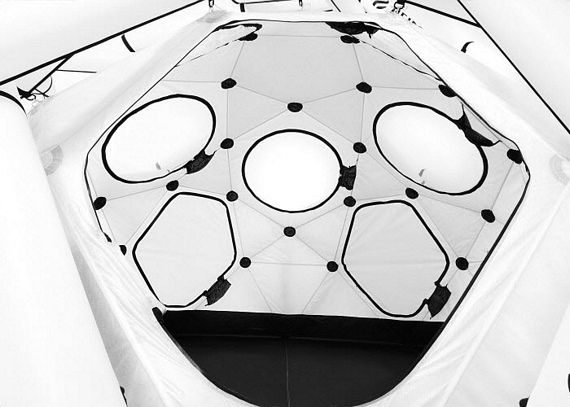 Because of the lack of assembly needed, a single person can set up the tent in ten minutes, with most of the work involving hitting the pumps to feed air into the individual chambers.  The tent skin will automatically go up as the frames fill up with air.  To pack up, simply deflate the tent, throw it in the back of the truck, and hit the road.