Helicat Catamaran Can Fly Through Rough Seas At 45 MPH 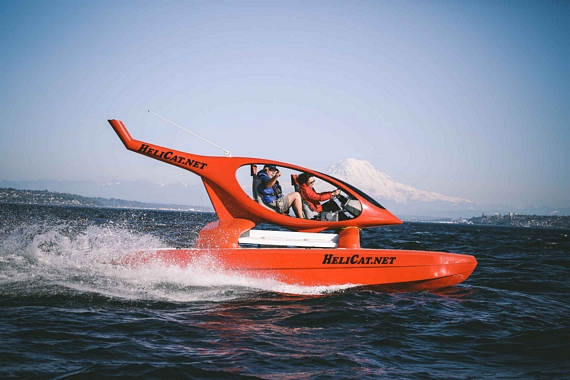 The Helicat looks like a helicopter that landed in the middle of the ocean, then somehow managed to keep moving even while floating on water. It looks awesome. Rather than a boat and chopper hybrid, though, it’s actually just a seafaring catamaran that, for some reason, was fashioned to look like it came straight out of a 60s-era James Bond movie.

While it won’t be taking off to send riders soaring through the skies, the boat will let you ride through harsh waters at high speeds while remaining perfectly stable (waves simply wash over the boat, with no place on the cockpit to hold any water), making for an excellent recreational boat to use under rough water conditions. Plus, you can always tell people it can fly — just make up an excuse about having to take down the rotors because you lost your pilot license after being arrested at the airport for flying a plane while intoxicated or something. 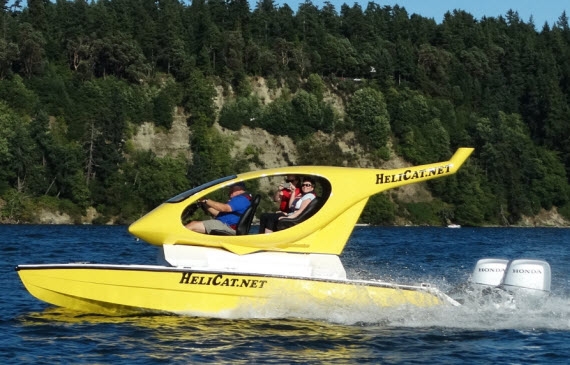 The Helicat can be outfitted with a pair of your choice of 60hp to 90hp motors, allowing it to ride at top speeds of between 20 to 45 mph. Despite the powerful performance, it can get between 3.5 to 5 miles per gallon, an unusually economical number for a boat designed to blast through whitecap waves, making it very practical for a lot of applications, including wakeboarding (attach the tow rope to the tail), bass fishing (install swivel seats on the steps), and general water transport. It weighs under 3,400 pounds, so you can strap it to a mid-sized car or a small SUV for towing. 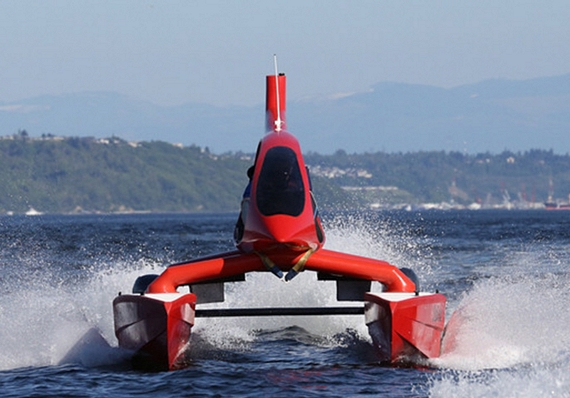 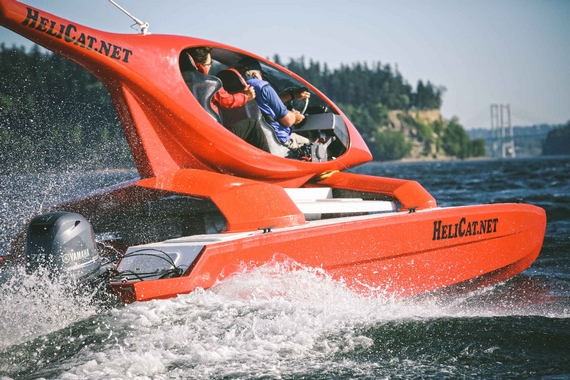