Helicopter Glamping: Someone Turned This Military Aircraft Into A Cozy Holiday Home 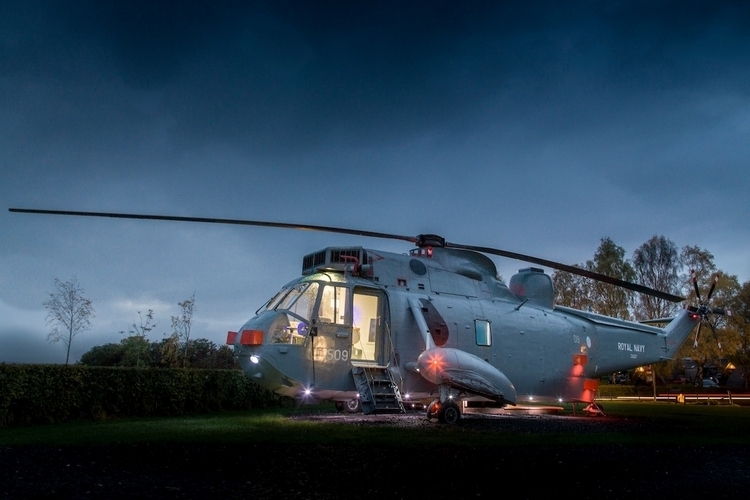 While we prefer slumming it out when we’re adventuring in the outdoors, we do understand the appeal of glamping things up. I mean, people who don’t like getting covered in mud and sleeping on a hard surface have a right to enjoy the outdoors, too, after all. Plus, once you have young kids and you want to take them out with you, glamping just seems like a much more viable option. Helicopter Glamping, however, takes the excess of the practice to impressive new heights.

No, it doesn’t mean you’ll get around from campsite to campsite on a helicopter (which I honestly thought it was). Instead, this ridiculous new service has you camping inside a literal helicopter whose interior has been converted into proper glamping accommodations. 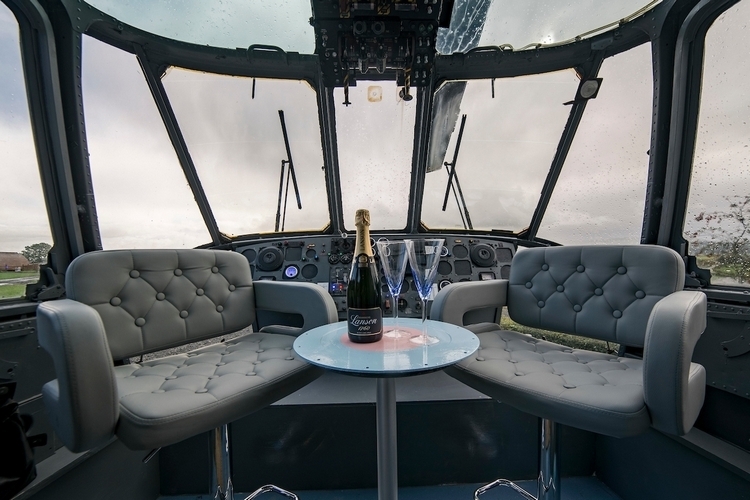 Located at Mains Farm in Stirling, Scotland, Helicopter Glamping uses a decommissioned Royal Navy ZA127 Sea King Helicopter as your camping shelter, so you’re literally sleeping, lounging, and doing whatever people do when glamping on a real helicopter. Well, one that cannot fly anymore, that is, which is definitely a good thing, since who the heck can sleep with those noisy rotors spinning over and over?

The helicopter’s exterior has been restored to look like it’s in working condition, so you’ll actually think this thing can fly the first time you see it in the middle of the field. Heck, you might even think it’s still part of the Royal Navy fleet, since they even used all the original signage and restored all the original lighting to keep things looking authentic. 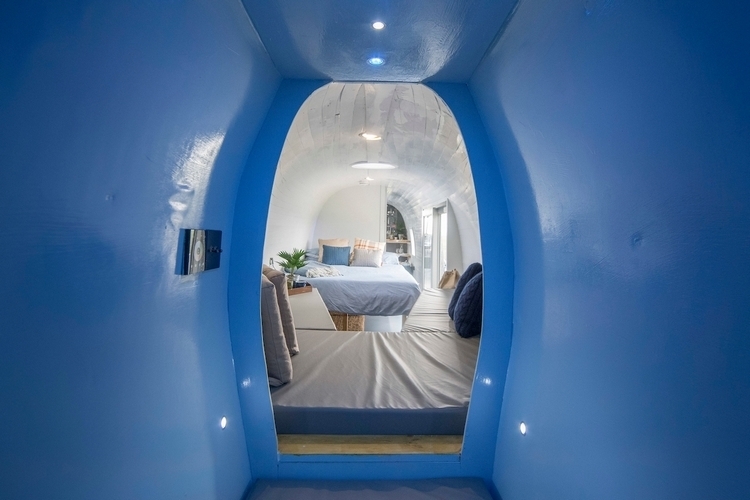 Inside, Helicopter Gaming received a massive overhaul. While the original flight deck remains, the pilot seats have been replaced by a pair of swiveling chairs with a table between them where you can plop down to enjoy a cup of coffee first thing in the morning while enjoying the nature sights outside. Yep, they transformed the front of the helicopter into a proper lounge area. They also installed a sun dome to let light in during the day, along with double-glazed patio doors that lead to a decked area where the kids can goof around while playing with their tablets. Of course, they’ll still be playing with their tablets, duh.

The rest of the interior has been converted into a remarkable holiday home with enough room to keep a family of five (two adults and three children) comfortable. The walls, for instance, have all been insulated, covered with wood paneling, and painted to give it a more homely appearance, ensuring it’s warm and toasty inside even in chillier nights. Instead of seats and benches, the chopper now comes with three beds (two large pull out beds and a single bed in the tail), a stainless steel kitchenette (with a stove, microwave, and fridge), and even a complete bathroom (with a shower and a toilet). 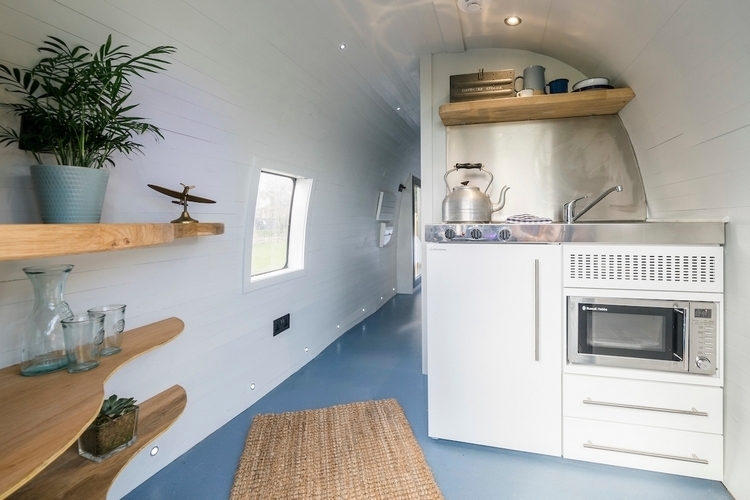 You can park your car right next to the helicopter, so you don’t have to walk far if you want to go for a drive.  And, yes, you can do your regular camping activities in the grounds around the helicopter, so you can build campfires, grill burgers, and roll around on the grass for whatever joy it brings your way. 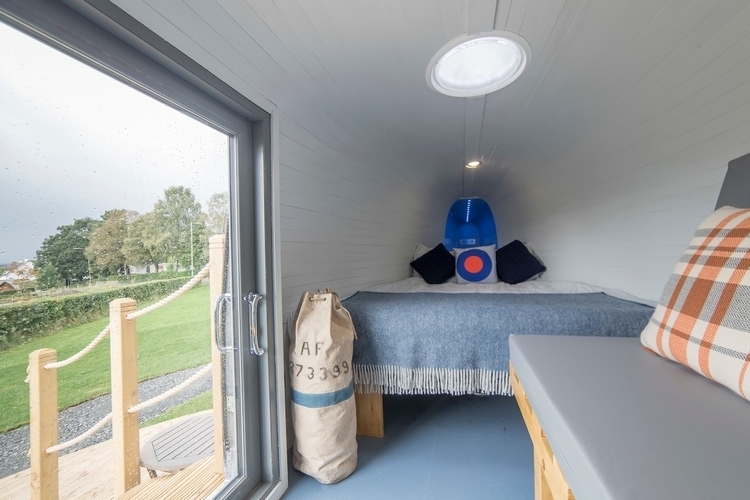 Pricing for a one-night stay at Helicopter Glamping starts at £150 for two adults.