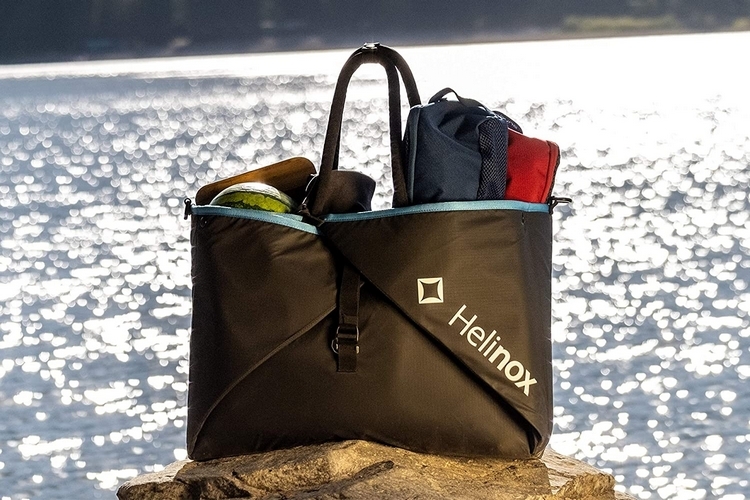 With the weather clearing up and the vaccine rolling out, it’s a good time to plan picnics and beach outings again. That’s right, you can put that tote bag and picnic blanket gathering dust in the closet to good use once more. Of course, you can also just leave it there and pick up the new Helinox Origami Tote.

Designed to streamline the gear you bring to parks and beaches, it’s a tote that doubles as a groundsheet once emptied out, giving you a place to plop down and set down your stuff, so you can leave those thick and heavy blankets you would otherwise be carrying at home. Whether you’re going out for a picnic at the park, some day drinking at the beach, or some bird watching with pals at a local reserve, this is the only thing you need to carry your supplies and give you a ground cover once you’ve reached your destination. 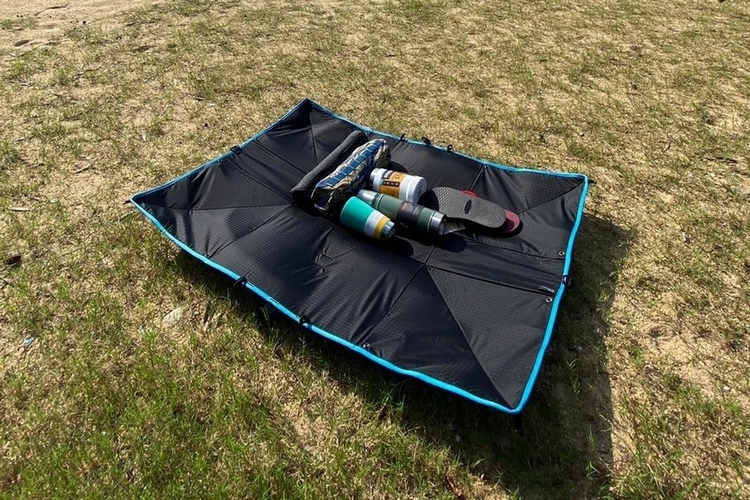 The Helinox Origami Tote is a tote bag that measures 19 x 14 x 5.5 inches (width x height x depth), making it a good size bag to carry by hand or sling over your shoulder. It’s roomy, with plenty of room to hold food, gear, and supplies, allowing you to bring a good load of stuff in just a single container. According to the outfit, in fact, it’s big enough to accommodate as many as four pieces of their camp chairs and folding tables, making it great second bag to bring along for camping even when you already have a backpack for all your other gear.

As you can tell from the name, you need to fold it in a specific way to get it to go from a flat groundsheet to a functional tote that can carry food and supplies, so you might want to practice folding and unfolding it a few times before venturing it out in the wild. The last thing you want is to be unable to put it back together once you’re wrapping up and preparing to go back home. Helinox, though, claims it’s actually pretty intuitive, so conversion shouldn’t be that hard. Still… you’ll feel better once you’re sure you can actually do it. 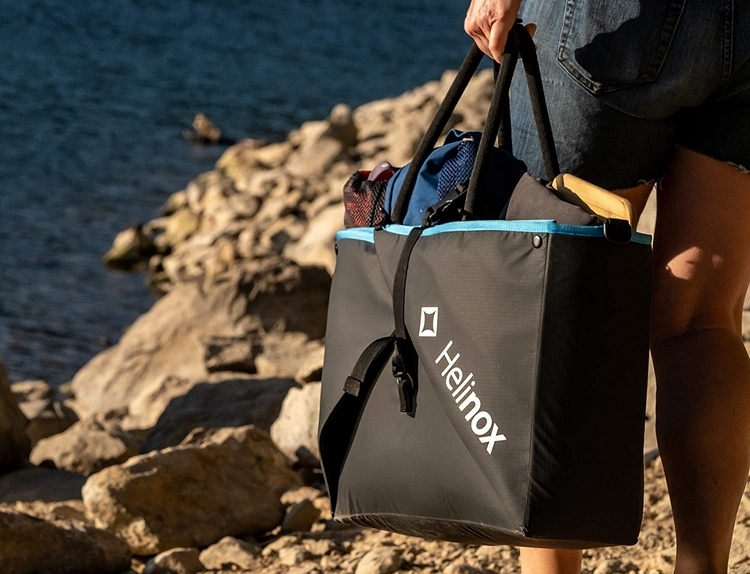 The Helinox Origami Tote uses snap buttons to secure various folds of the mat, by the way, allowing it to maintain a stable form when folded up. A compression strap and buckle is then used to hold the opening, so it stays in the same shape even when you’ve got the bag filled to the brim. That same compression strap can also be used to hold items like towels, umbrellas, and other gear on the side of the bag. 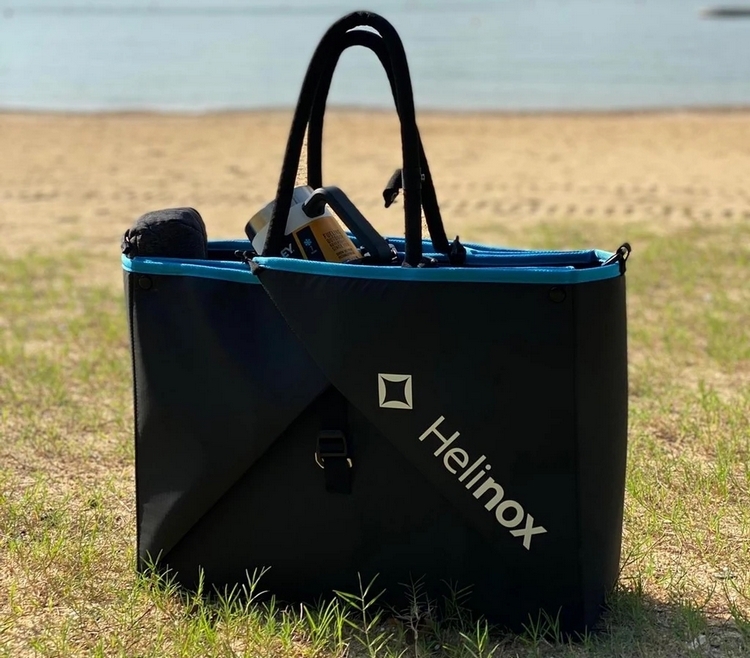 Construction is lightweight and durable polyester that’s hardwearing enough for rough and tumble use, making it great for taking to the outdoors, whether you’re going to the beach, the park, or the rugged backcountry. It comes with two padded carry straps that should make it comfortable to carry, whether it’s slung over your shoulder or carried by hand. 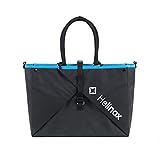